LEIGH GRIFFITHS admitted he enjoyed knocking Hearts out of the League Cup because it meant he had the last laugh at Tynecastle.

The scorer of Celtic’s opening goal in their 2-1 win in Edinburgh was subject to some foul-mouthed flak from the home fans, but he responded by doing his talking on the pitch. 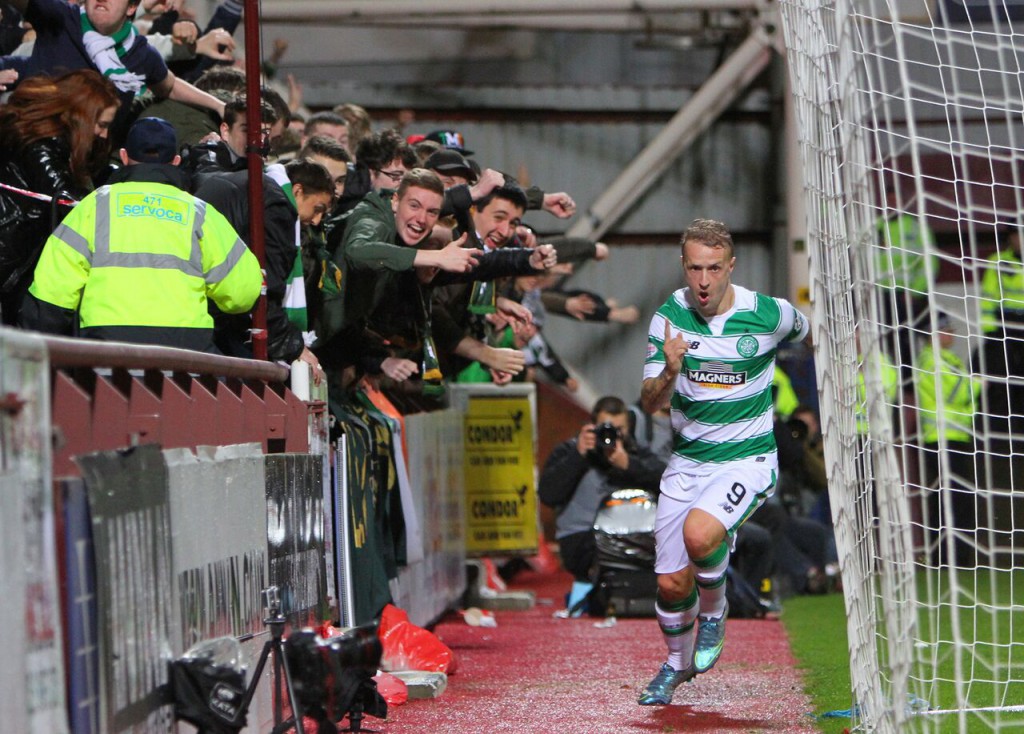 He silenced the Gorgie faithful with a stunning goal before setting up Tom Rogic to add a second to secure the holders a place in the League Cup semi-finals.

Griffiths was booked for his celebration as he ran the width of the park to enjoy the moment in front of the home crowd, but said it was a punishment he was happy to accept.

He said: “The yellow was a bit harsh, but if you give me a goal like that and a yellow card then I’ll take it all day long.

“I get abuse everywhere I go – here you always get stick as an ex-Hibee, but the only way to shut them up is to score.
“I’ve not scored too many better individual goals in my time. I wanted to silence everybody in Tynecastle except the Celtic fans.”
Griffiths has again shown his worth as a marksman as the Hoops recover from the setback of their 3-1 Europa League defeat against Molde in Norway last week.
The international frontman got the show on the road on Sunday with an excellent angled drive in the 5-0 win over Dundee United at Parkhead.
And it took a little bit of magic in the capital last night to point Celtic in the right direction as they attempt to hold onto the silverware.