NEIL LENNON is mulling over making changes to his Celtic team that have hit the ground running to chalk up six successive triumphs in 2020.

The 4-0 midweek mauling of Motherwell – with Odsonne Edouard claiming another double to take his tally to 24 for the season so far – protected their seven-point advantage at the Premiership pinnacle.

However, Lennon could be tempted into resting a couple of his key men as he prepares for Sunday’s Scottish Cup-tie against League One part-timers Clyde.

POLE DANCER…Patryk Klimala (extreme left) celebrates with his Celtic team-mates after the 4-0 win at Motherwell.

The synthetic surface at Broadwood will rule out Jozo Simunovic with Moritz Bauer or Stephen Welsh, who made his debut in the 4-1 win at Hamilton at the weekend, likely to get the nos for the right-sided position.

Asked if it was a problem to juggle the changes, Lennon, speaking to the Daily Record, answered: “Yeah well, we’ll have a look at it definitely.

“The game is on Sunday, so we’ll have a couple of days to decide. We will make a few changes, but not too many.

“You don’t want to overdo it, though. Guys like Ryan Christie could do with the game and Mohamed Elyounoussi is coming back to fitness and might need some game time.” 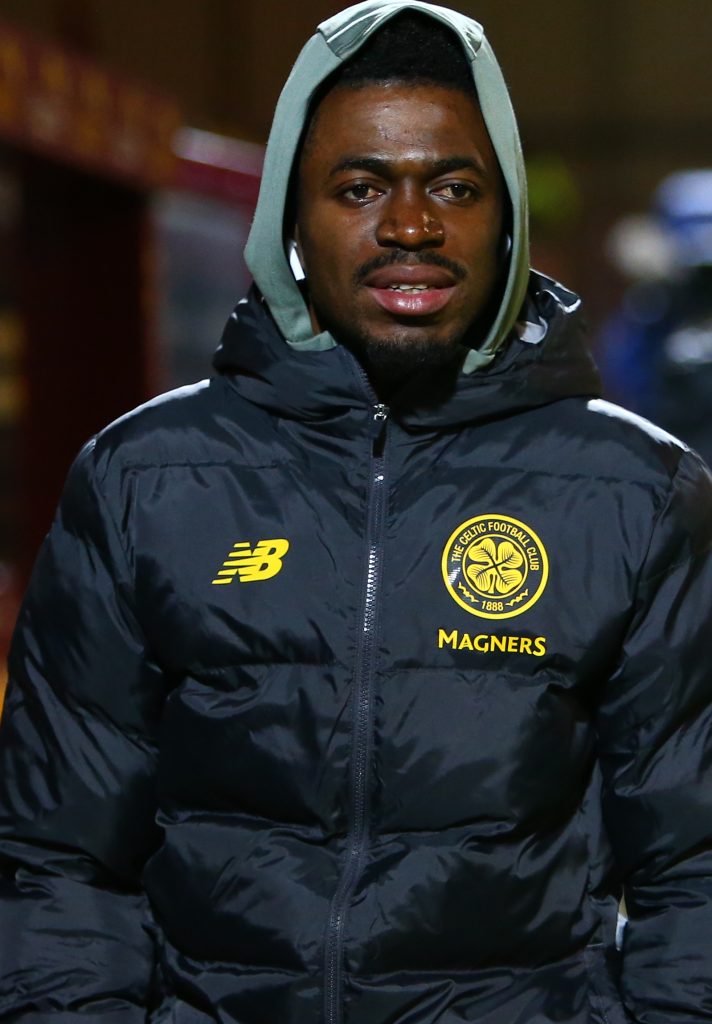 Lennon, though, was playing it cagey before making his team announcement for what could be a banana skin in Cumbernauld.

Klimala has made three brief substitute appearances against Partick Thistle, St Johnstone and Motherwell, but Soro has not been seen at all.

When the Hoops gaffer was asked if he could be involved, he responded: “Yeah, he might be in the squad.”