The Celtic greats, who were at Hampden last night to be inducted into the Scottish Football Hall of Fame, were united the 20-year-old is the best man for that position.

Ex-boss Gordon Strachan played Tierney on the right hand side to accommodate Liverpool’s Andrew Robertson on the other flank.

Craig said: “I never think you play as comfortably on both sides. Tommy Gemmell wasn’t half the player at right-back as he was at left-back and Danny McGrain wasn’t, either.

“I think you are more comfortable in the one position. 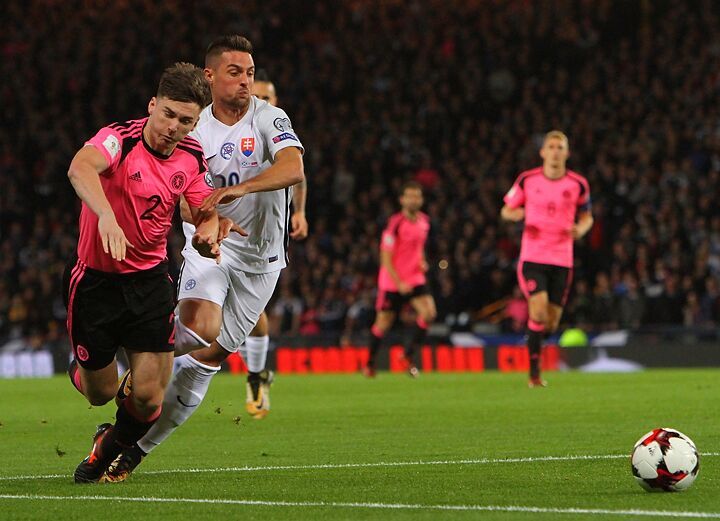 “You can see someone is comfortable. Stuart Armstrong this season is looking more comfortable than he was last season because he has been allowed to play in a position he likes.

“It is a nice problem if you are still getting your cap. I think it is not possible to play comfortable both halves of the pitch. I think the best player in the position should be picked so I would play him.”

Clark, who earned four caps for Scotland, added: “He is playing in his natural position, he can get good balls in. But if you play on the other side you have to switch round all the time.

“I think Tierney is the best left-back. If he has competition from another player then it is good for him, it is good for the players trying to get in as well, pushing each other.

“I think he has more strength and aggression about him than Robertson.

“The Liverpool lad is a good touch player, but I think Tierney is aggressive as well. He can get forward and hits in decent balls, but on the right side you have to turn in on to your left foot and things are closed down.”