The fuming Hoops boss accused the Sky media pundit of spreading “lies” after the one-time goal hero labelled the club’s trip to Dubai “a jolly”.

Walker made the damning remarks before the 1-1 draw with Hibs at Parkhead a week ago tonight following the news Lennon, his assistant John Kennedy and 13 players had been ordered into self-isolation after Christopher Jullien tested positive for coronavirus upon the squad’s return from the United Arab Emirates.

The Irishman reacted angrily at today’s media conference at Lennoxtown as he prepared his players for the Premiership match at Livingston on Wednesday after they got the all-clear.

One quarantined player has since tested positive and he will be sidelined along with Jullien.

“About 70/80 per cent of the group are teetotal and you know the inference and innuendo that he is making.

UP IN ARMS…Neil Lennon speaks on PLZ Soccer.

“It is not a stag do, it isn’t an ’18-30′ even though it has been portrayed like that. We went out there with the best intentions.

“The lads had one day off and they are entitled to a bit of down time.

“This has been made out to be something that it’s not. And like I said, it’s not like we were doing a 20-man conga which was lauded by all on sundry because Scotland qualified for the Euros.

“And, like I say, 80 per cent of them are teetotal, so for anyone to call it a jolly, it’s totally disrespectful to them as professionals and the way they conduct themselves as men.”

A visibly enraged Lennon added: “There was nothing wrong with the photographs and, by the way, it’s illegal to take pictures in Dubai without someone’s consent.

“However, we weren’t hiding anything, we were sitting there on our day off, having travelled all through the night, which is also our problem not anybody else, but it’s impossible to do any training the next day, so they were given some down time. We all were.” 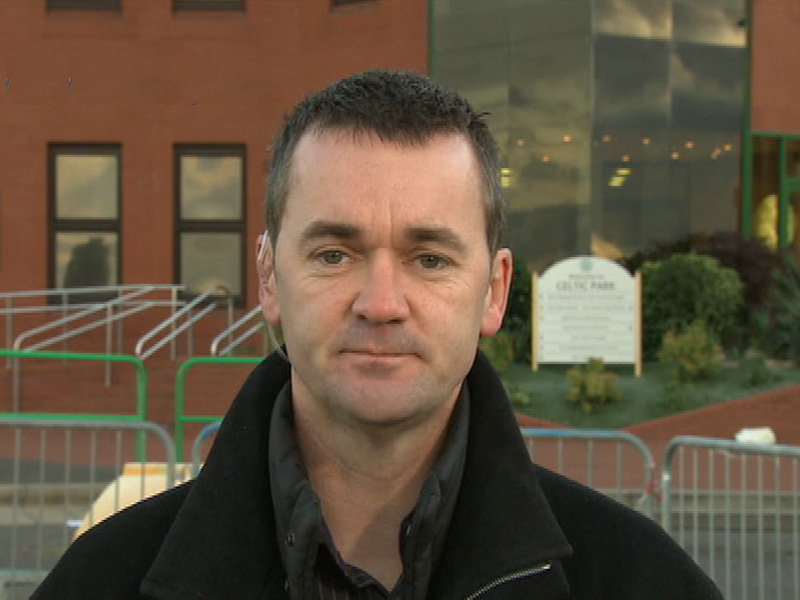 Walker had said: “It’s extraordinary. And we’re also seeing some dismal governance from this club. It is unbelievably arrogant to abuse your status as an elite sportsman.

“That was only brought in for international or elite competition, not for a jolly in Dubai.

“What the Celtic supporters deserve is a bit of contrition from someone, anyone, with a bit of backbone at this club. Preferably Dermot Desmond because he’s the one that makes the big changes, he’s the one who could knock some heads together here.

“You’ve got to remember Celtic supporters are paying their season tickets to see all the big stars – they’re not seeing them tonight. That’s not they’re fault, they’re being short changed and it’s completely unacceptable.”

With Lennon and Kennedy quarantined, Gavin Strachan took charge of the team and teenagers Cameron Harper, Armstrong Oko-Flex and Karamoko Dembele all played against the Easter Road side who nicked a point with a stoppage-time equaliser from Kevin Nisbet after David Turnbull had put the Hoops ahead.

The makeshift side had to be content with a goalless draw against Livi in the east end of Glasgow on Saturday.