CELTIC will tell Udinese to stop wasting their time as the Serie A outfit prepare a second bid for Stephen Welsh.

The Hoops kicked out an original loan offer for the 21-year-old central defender last week when Ange Postecoglou made it clear he had no intention of parting with the versatile youngster, as CQN reported.

However, the persistent Italians are plotting a second move for Welsh who agreed a new four-year deal with the Parkhead men last April. 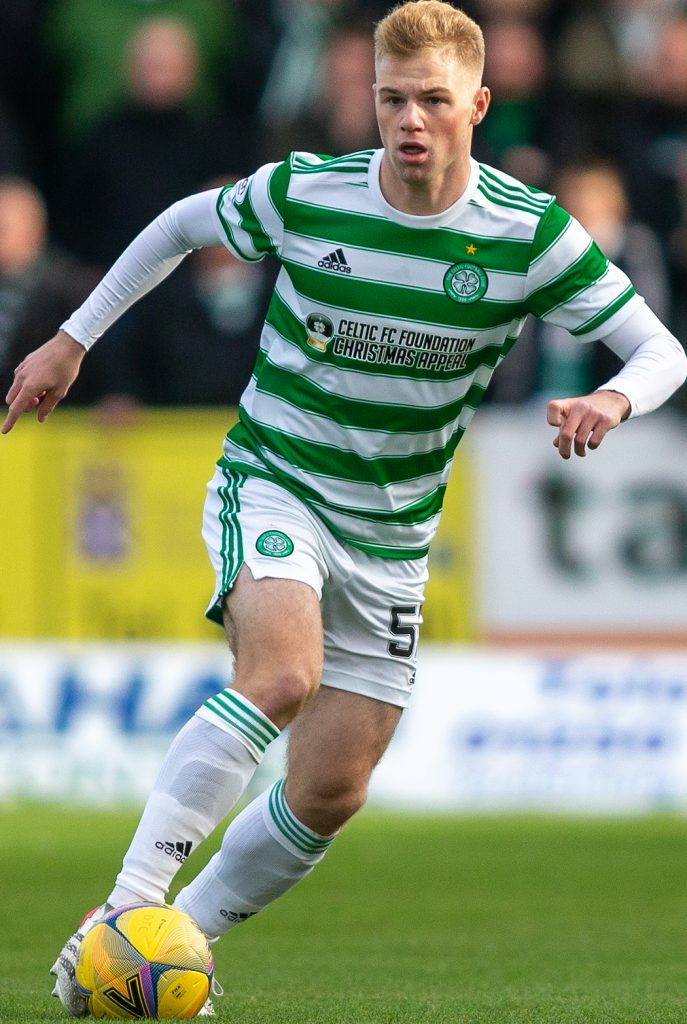 ON THE BALL…Stephen Welsh in control during the 4-2 win over Dundee at Dens Park in October.

They rate the Scotland Under-21 star in the £1.5million bracket, a valuation which can only be viewed as ludicrous in today’s market place.

Italian sides have been alerted to young Scots talent after the success of former Hearts left-back Aaron Hickey at Bologna, according to a report in the Scottish Sun.

Celtic Academy product Welsh has now come on the Serie A radar, but it’s clear there will be no bargains at Parkhead and the versatile back-four performer has developed into mainstay in Postecoglou’s squad following the year-long absence of Christopher Jullien.