Celtic Quick News on News Now
You are at:Home»Match Report»CELTIC STROLL IN THE PARK
By CQN Magazine on 9th August 2015 Match Report

Rogic got the nod to play his first top team game in almost two years and marked the occasion with the opening strike, his first for the club.

And Commons, who has been battling a toe injury, started the encounter and hit the crucial second goal as the Parkhead side coasted to a triumph in the Glasgow derby.

With Scott Brown injured, Ronny Deila handed the captain’s armband to Mikael Lustig. James Forrest also took a knock in Azerbaijan in midweek and was missing from the squad.

Celtic scored in 38 seconds at the same ground in February and Leigh Griffiths came close to giving them the lead in the second minute on this occasion.

Stuart Armstrong and Emilio Izaguirre combined well on the left before the Honduran swung an inviting cross into the box. Griffiths threw himself full-length to get his head to the ball, but his six-yard effort swept just wide of the upright.

Five minutes later, Armstrong picked out Kris Commons and he had a go, but his left foot drive was well held by the diving Tomas Cerny.

It was a tidal wave of Hoops pressure and the Jags keeper was brought into action a couple of minutes later when Griffiths drilled in a 25-yard free-kick that saw Cerny hold the ball low down at his left-hand post.

Callum McGregor made his entrance in the 20th minute as a substitute for Armstrong, who was struggling with a groin strain.

Four minutes later, Griffiths had a clear sight of goal, but rushed his final effort and Cerny and his defenders scrambled the ball to safety.

And 60 seconds afterwards, Virgil van Dijk came even closer with a 30-yard drive that hurtled low along the turf before clattering off the keeper’s right-hand post.

Thistle were living dangerously and it was only a matter of time before the four-in-a-row champions hit the breakthrough goal.

It duly arrived in the 28th minute from Aussie midfielder Rogic. Thistle were shredded as the Hoops moved the ball upfield with pace on the left-hand side.

Izaguirre sent McGregor scampering down the touchline and the youngster curled a beautiful cross into the six-yard box. Griffiths was the first to react with a  cushioned pass into the path of Rogic and he acrobatically knocked the ball into the net off the heel of his right boot.

Van Dijk was meandering through the game and he showed some fabulous skill in the 34th minute when he nutmegged Liam Lindsay on the left flank, but blew his good work by blasting his final effort into the side net. 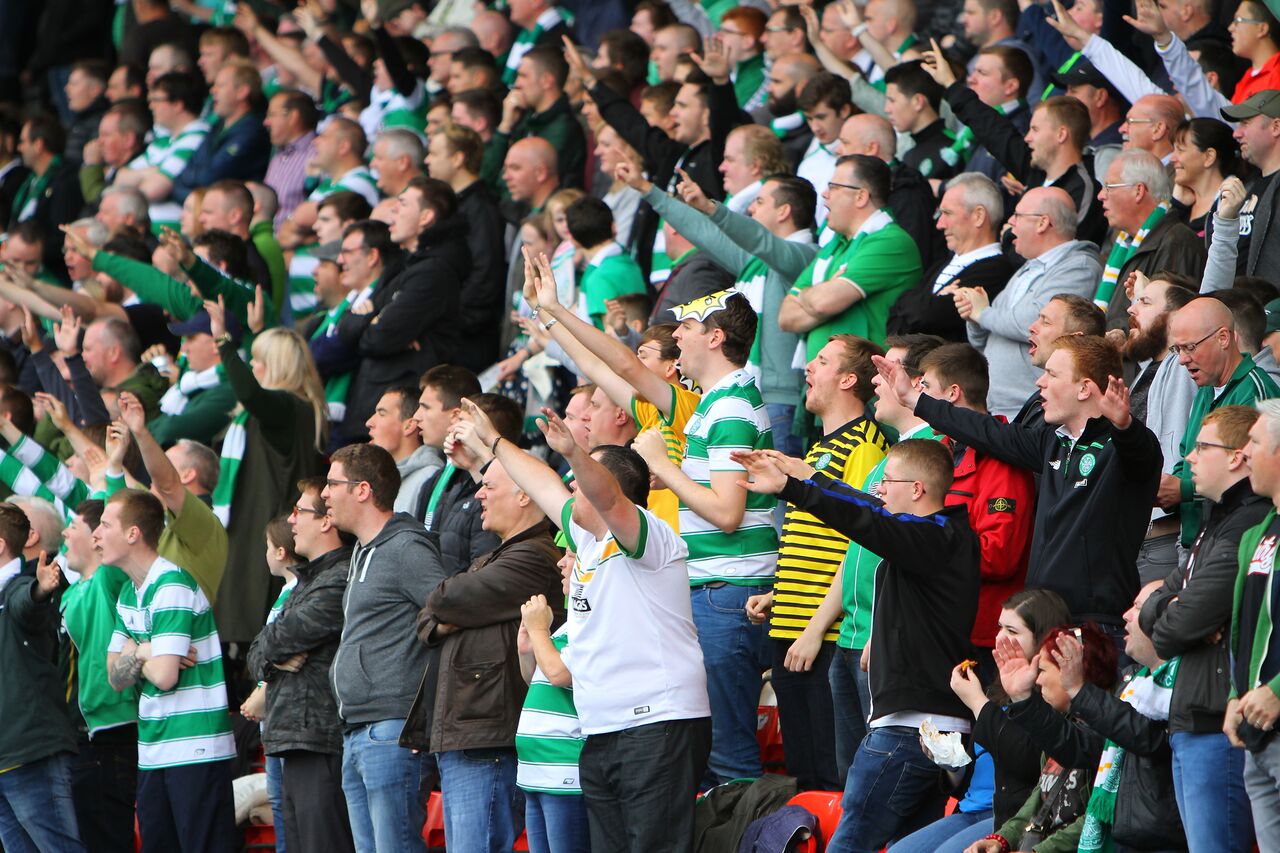 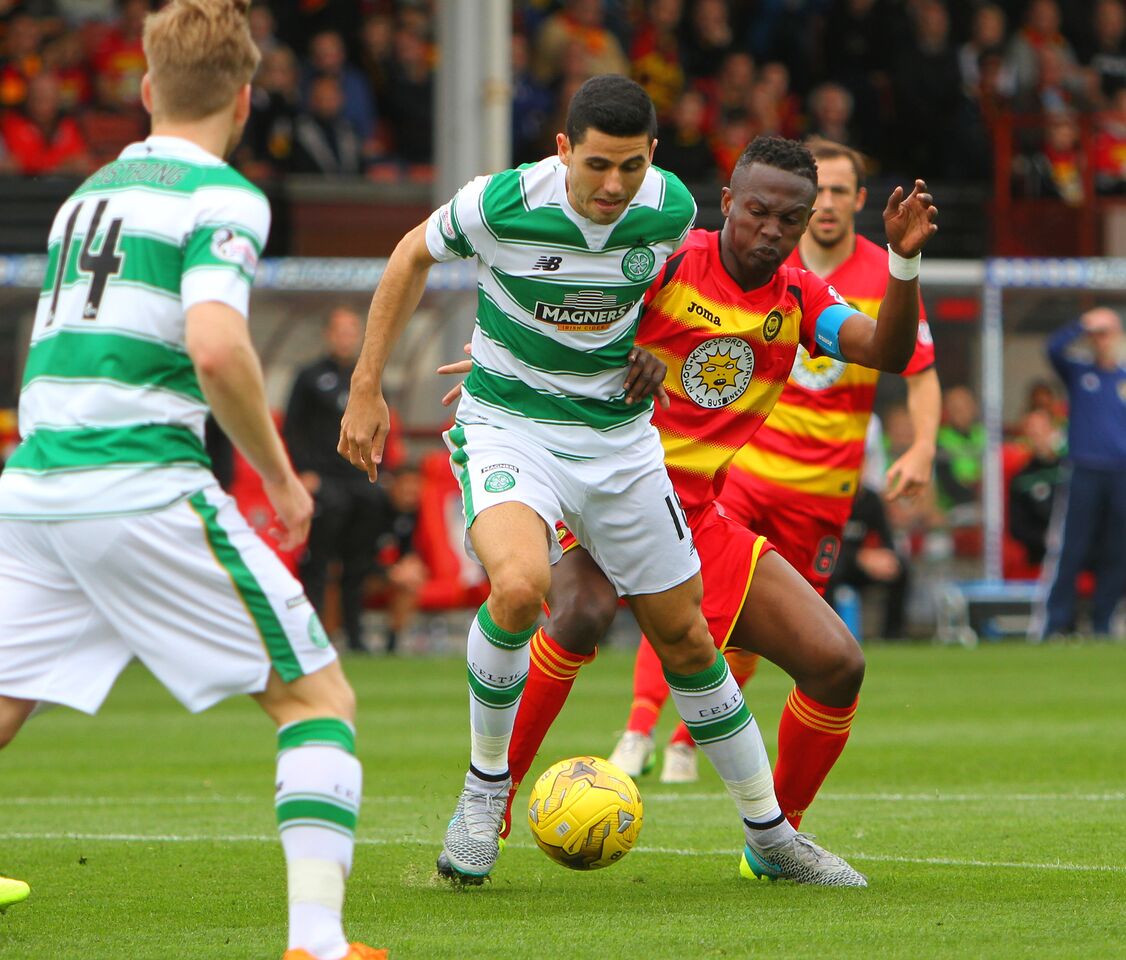 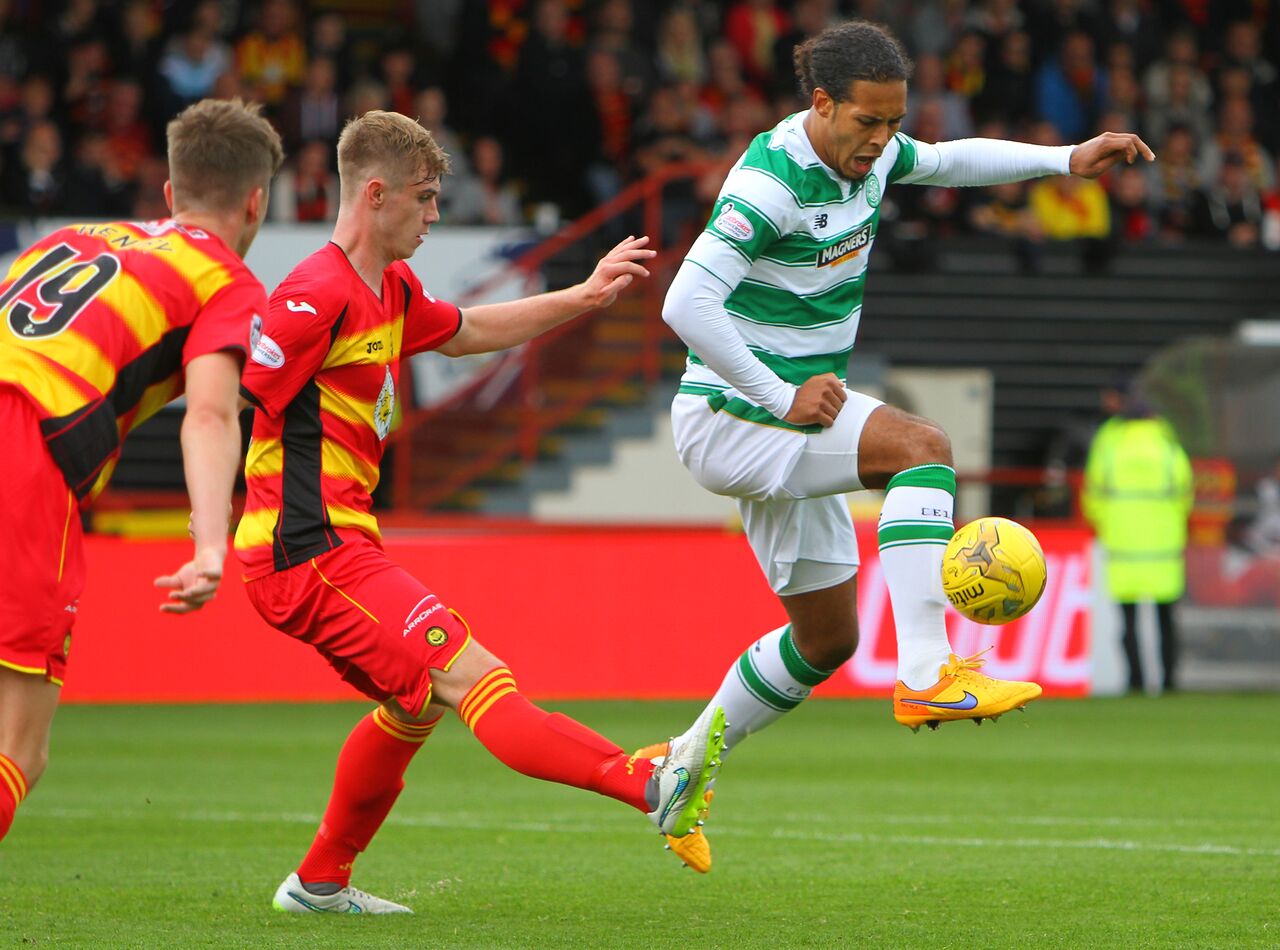 Shortly afterwards, there was a ludicrous appeal for a penalty-kick from the desperate Thistle players.

Lustig had his back to the ball after failing to cut out a right wing cross and, from about a yard, it was smashed against his arm. Referee John Beaton waved away the protests.

Bang on half-time, Firhill skipper Abdul Osman, who worked hard throughout, was booked for bringing down McGregor.

There was too much dwelling on the ball when a killer pass would have paid greater dividends.

Nir Bitton showed them how to do it in the 63rd minute when he sent a deep ball into enemy territory. 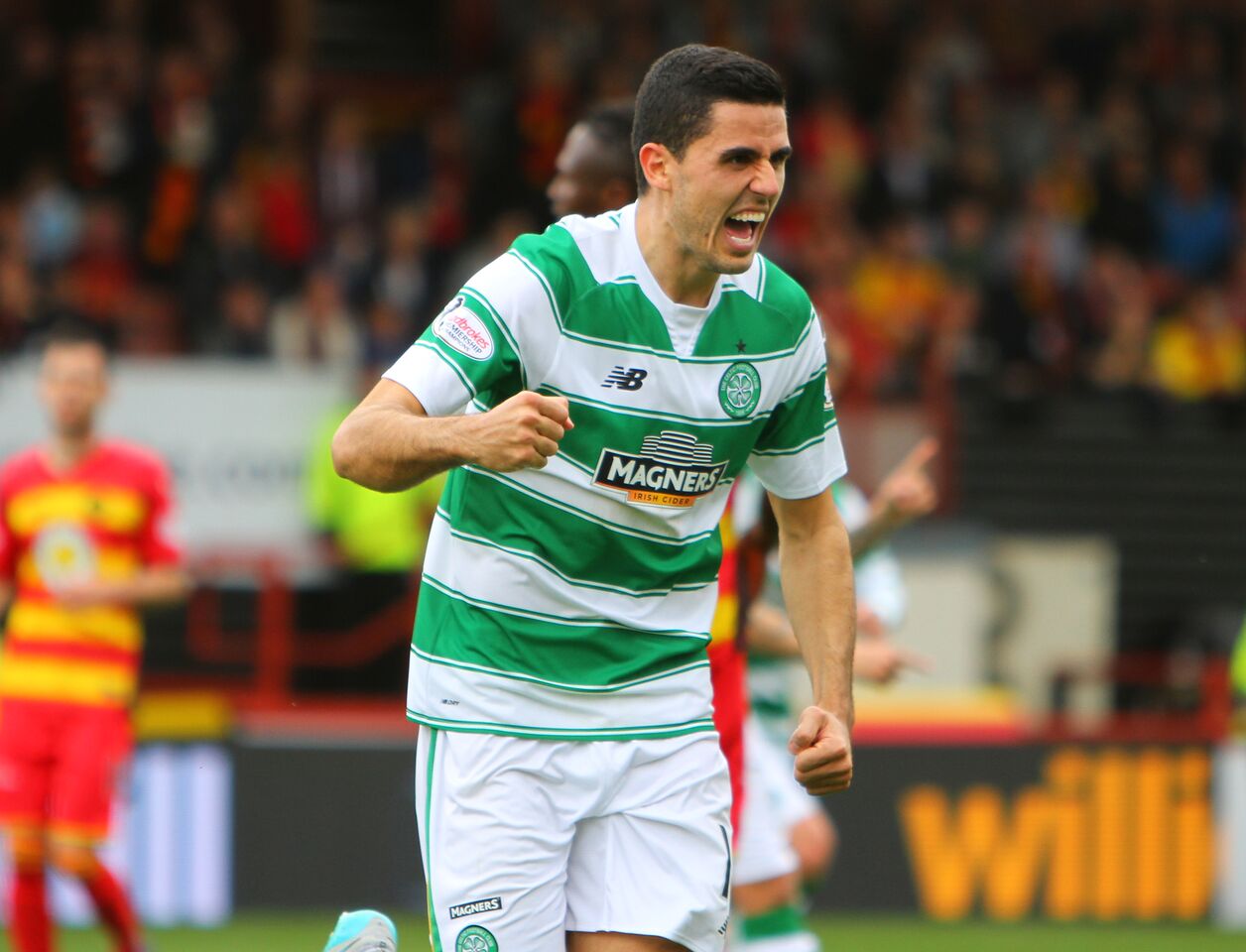 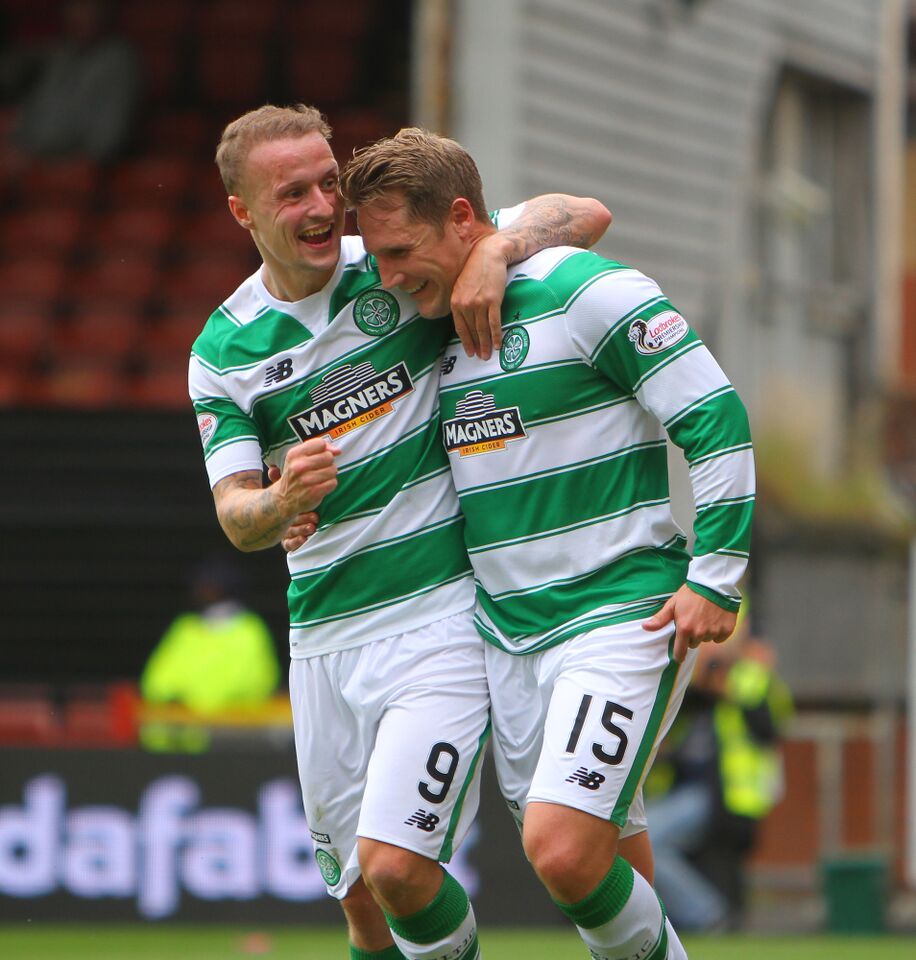 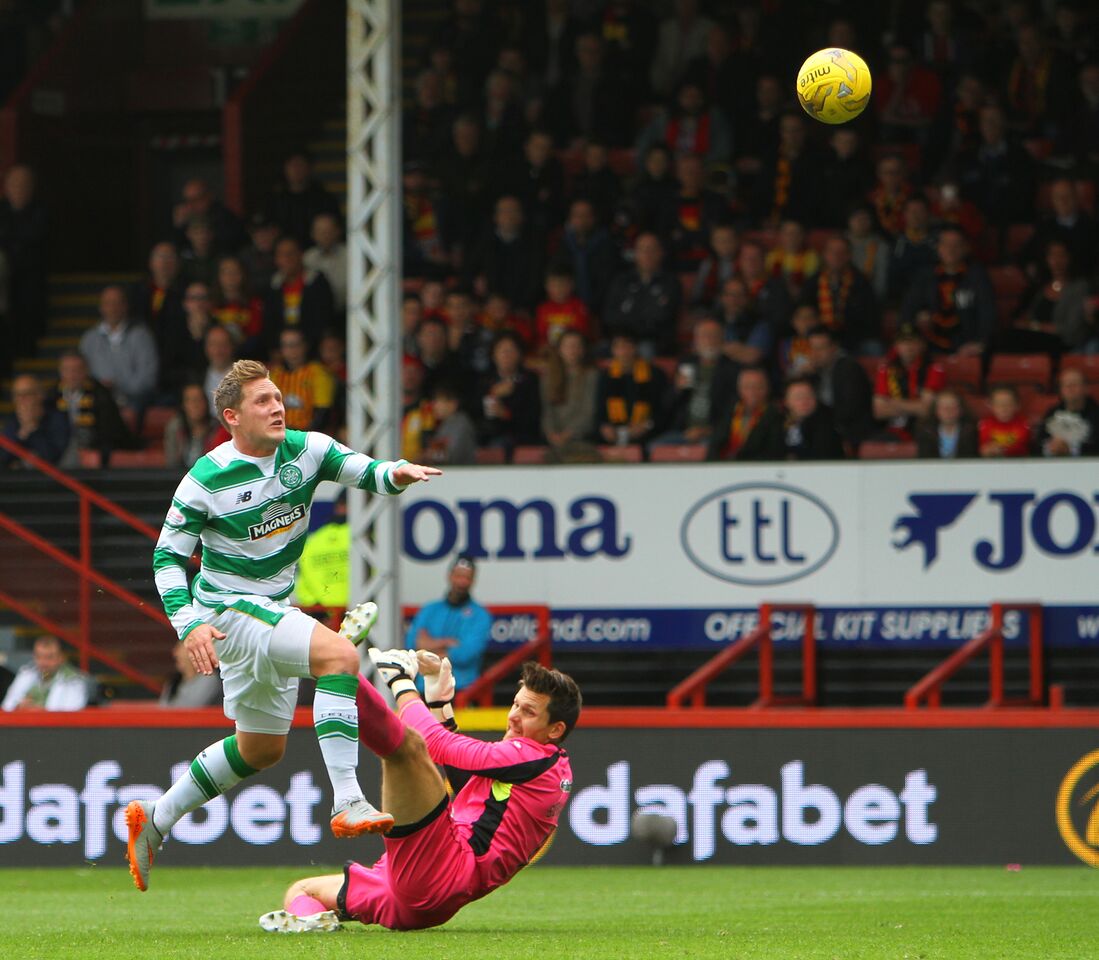 Commons’ timing was perfect as he headed the long pass away from Callum Booth, ran round the defender and hoisted the ball over the outrushing Cerny for the killer goal.

A tiring Rogic went off a minute later to be replaced by Gary Mackay-Steven and, later in the game, Liam Hendseron came on for Commons.

Griffiths put himself about as he tried desperately to get on the scoresheet and he had a scorching angled drive punched away by the flying Cerny.

The extent of Celtic’s dominance can be revealed in the fact Craig Gordon had only one save to make and that came two minutes from time.

Matthias Pogba, brother of the more illustrious Paul, of Juventus fame, tried his luck from outside the box, but the in-form international shotstopper was alive to the threat and flopped on the ball.

Overall, a fine display by the champions, especially in the wake of a tiring trip back from Azerbaijan in midweek.

Now it’s Kilmarnock at Rugby Park on Wednesday and a repeat peformance will go a long way to cementing another victory.