SCOTLAND matchwinner John McGinn thanked Celtic’s ‘forgotten man’ Greg Taylor for setting him up for the clincher against Cyprus in Nicosia yesterday.

With the Euro 2020 qualifier deadlocked at 1-1, the Aston Villa midfielder claimed the killer second goal in the 53rd minute after some excellent work by the full-back.

Taylor, who has made only one appearance for the champions since arriving in a £2.25million switch from Kilmarnock during the transfer window, combined with Hoops team-mate James Forrest on the left wing before delivering a peach of a pass into the box.

McGinn swivelled to hit the ball first time with his left foot to send an effort zipping beyond the stranded keeper. 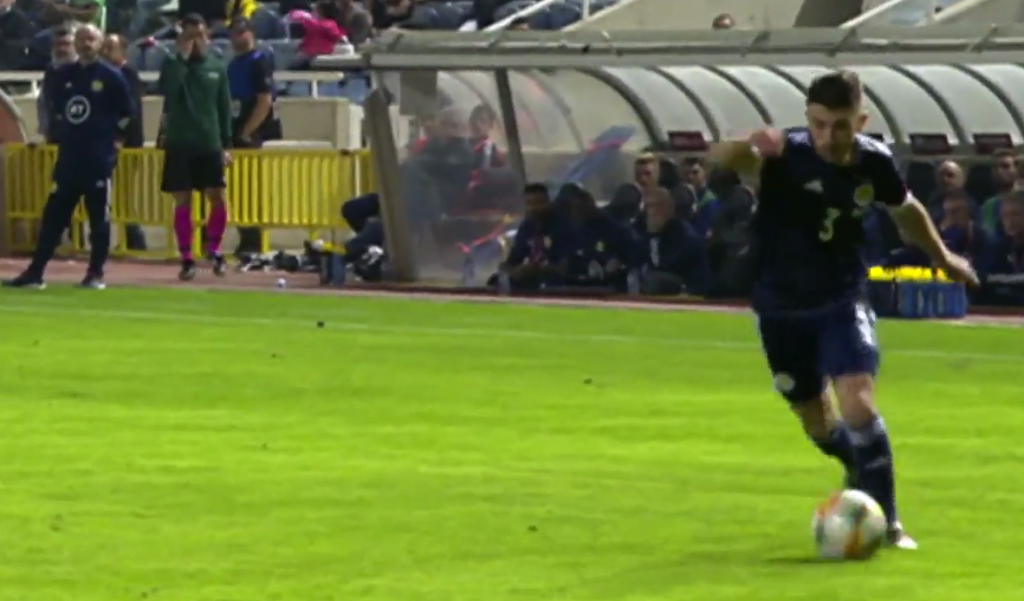 It was the Aston Villa star’s fifth strike for his country after a hat-trick against San Marino and one against Russia at Hampden.

McGinn, speaking to the Evening Times, said: “Trying to arrive in the box late is something I’ve been working on.

“It was a great ball by Greg Taylor and all I had to do was keep it low. All everybody wants is Scotland at a national tournament and, hopefully, we can carry this into the play-offs March.

“There were a lot of new faces in the squad and that’s a game we might have drawn or even lost in recent times. It’s important we get the winning mentality, even though it wasn’t pretty near the end.

“It’s a win, a step forward and hopefully we’ll do the same against Kazakhstan at Hampden on Tuesday.”

Hoops ace Ryan Christie gave Steve Clarke’s men the 13th-minute advantage with his first goal for his country in 10 appearances, but the home nation levelled two minutes after the break through Georgios Efrem.