LEWIS MORGAN has revealed he was more than ready to step into Odsonne Edouard’s role as attack-leader when he got the call from Neil Lennon.

The winger answered the manager’s SOS last night to play in the new-look position in the Europa League Group E game against Rennes at Parkhead.

Morgan, who has rarely featured in this campaign, took over the lead position when Lennon decided against taking any risks with the French Under-21 international striker who has claimed 14 goals this season.

The 23-year-old Scotland star was pitched up front against the French with support on the flanks from Ryan Christie and James Forrest.

He responded to the switch by rifling in the opening goal in the 3-1 triumph that cemented the Hoops’ spot at the top of the section and made certain they would be seeded in the December 16 draw for the competition’s knock-out stages next year. 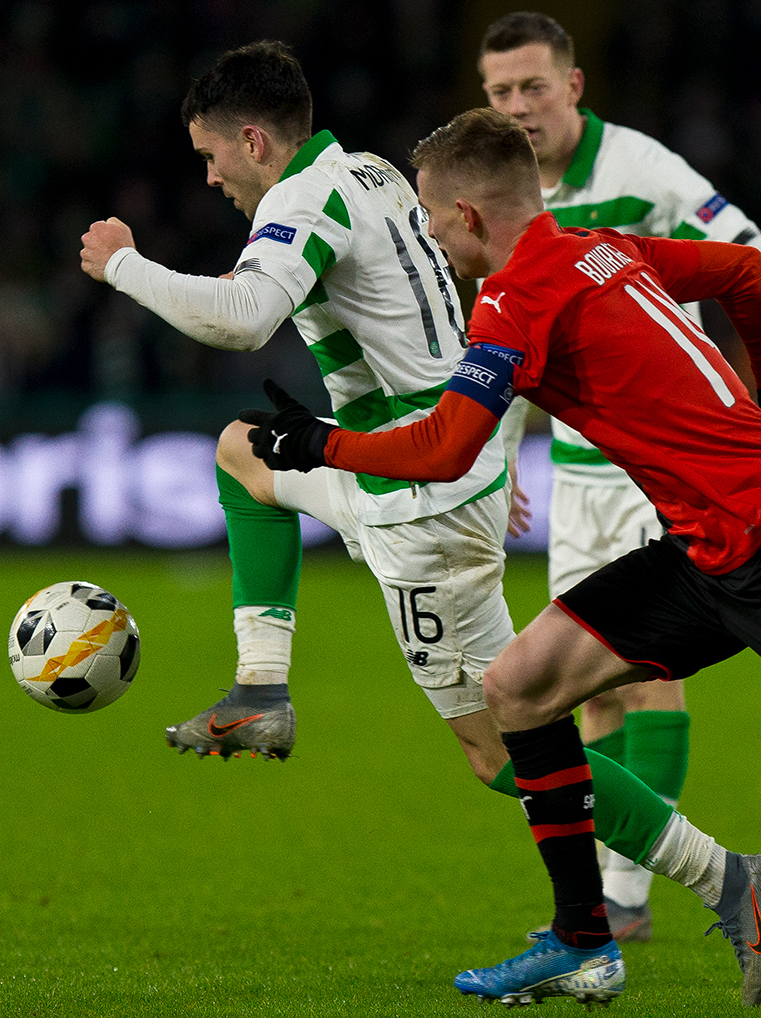 Morgan told Celtic TV: “It’s a new position I have been working on in training for a month or so.

“Obviously, my chance came about through Odsonne getting injured and I just about took that chance.

“We still have a game left and, hopefully, we can add more to that.”

Morgan’s sudden impact could be bad news for his old Paisley club with Saints boss Jim Goodwin recently admitting they were contemplating making a loan move for the player in the January transfer window.

The sprightly raider looks as though he will have a key squad role to play at the champions with Edouard possibly missing Sunday’s trip to Dingwall to face Ross County and then the midweek visit of Hamilton Accies.

Boss Lennon is clearly taking no risks with the French ace with the Betfred League Cup Final against Steven Gerrard’s Ibrox side only nine days away.