THERE were several mystifying moments at Pittodrie yesterday where Celtic at long last won on their travels for the first time since Valentine’s Day.

The men who struck to bring a halt to the misery were summer arrivals Kyogo Furuhashi and Filipe Jota while there was the almost mandatory flutter following a goal conceded from a corner-kick when Lewis Ferguson equalised just before the hour mark.

However, other facts emerged from the meeting which may well puzzle those who did not witness the action at Pittodrie.

For a start, Celtic, with 61 per cent of possession, managed to concede TWENTY-SEVEN fouls and have THREE players booked – David Turnbull, Nir Bitton and matchwinner Jota. At the same time, the Dons had NO-ONE yellow-carded while being penalised a mere TEN times. 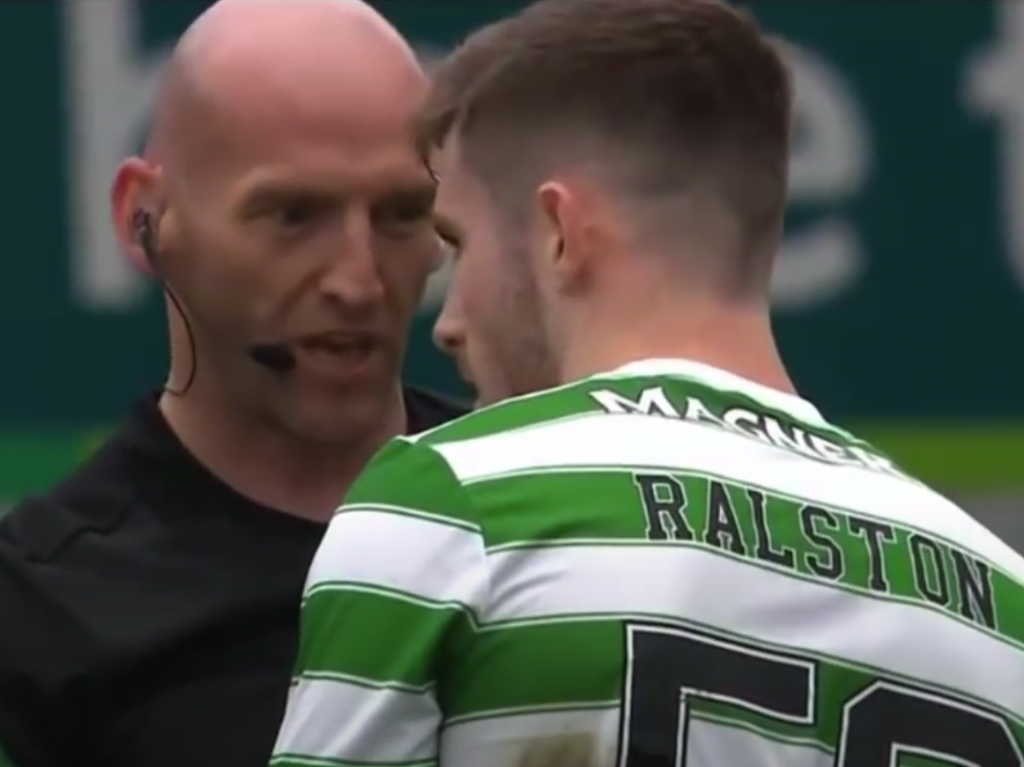 LOOKS BAD…ref Bobby Madden has a word with Anthony Ralston.

Those who did not see the match will think the visitors indulged in some strong-arm, roughhouse tactics to gain the points.

Those who watched the spectacle may well be baffled at those statistics. In truth, they make absolutely no sense whatsoever.

Bobby Madden was the man in the middle making those decisions and no doubt he will back every single judgement. That’s what match officials do. It’s rare for the possessors of the whistle to admit errors.

The CQN match reporter mentioned the fact the ref chose to have words with Anthony Ralston following a 50/50 tussle for a loose ball with Jack MacKenzie. It was a robust challenge, but nothing more than that. No-one required treatment. That incident occurred in the 18th minute.

In an instant, the Celtic player was in the spotlight. Two minutes later, MacKenzie clattered into Liel Abada from behind and sent the Israeli flying. Free-kick for the visiting team was a stick on. A word in the ear of the culprit? Strangely, not the merest hint of admonishment for the erring Dons left-back. 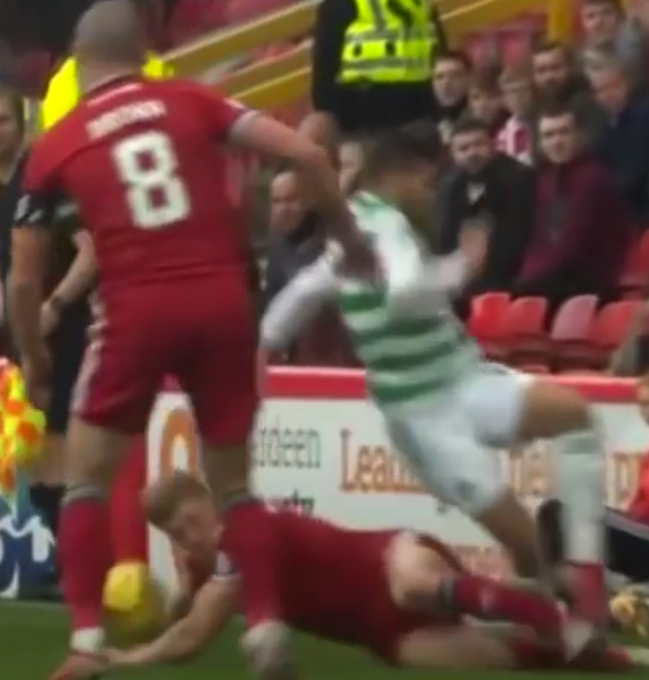 CRUNCH…Liel Abada is on the receiving end of a flying tackle from Dons defender Jack MacKenzie. 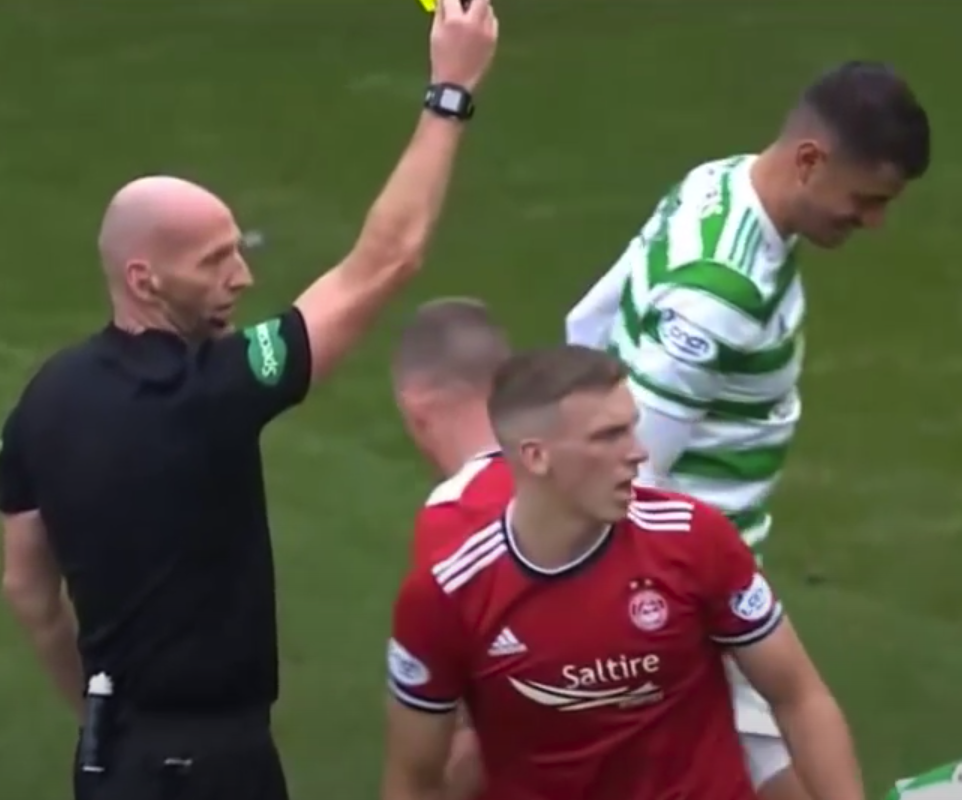 In the 35th minute, Turnbull was the first player to be yellow-carded in a nothing confrontation. It was difficult to recall the Celtic midfielder involved in anything untoward prior to to that moment.

The Scotland international then realised he would be playing the remaining 55 minutes of this match while skating on the proverbial thin ice.

Madden, of course, has form for being breathtakingly instantaneous when it comes to flashing a red card. (Unless you are the Rangers goalkeeper at Dundee last week and you bring down a Dundee player in the penalty box.)

CQN timed this very official at an extraordinary THREE SECONDS to reach for the card and flash it at Bitton in the fixture at Ibrox on January 2. Those were lightning-swift reactions that were even quicker than those of the assistant referee who was only a couple of yards away from an incident involving Alfredo Morelos and had yet to raise his flag.

Three seconds? That’s blisteringly fast to make a decision in such a crucial confrontation. 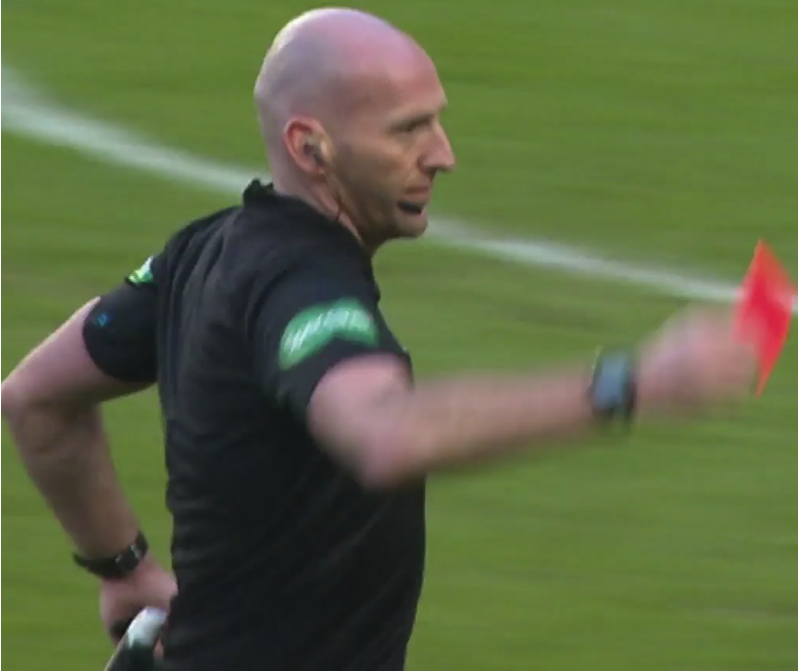 SEEING RED…Bobby Madden races to send off Nir Bitton at Ibrox on January 2. 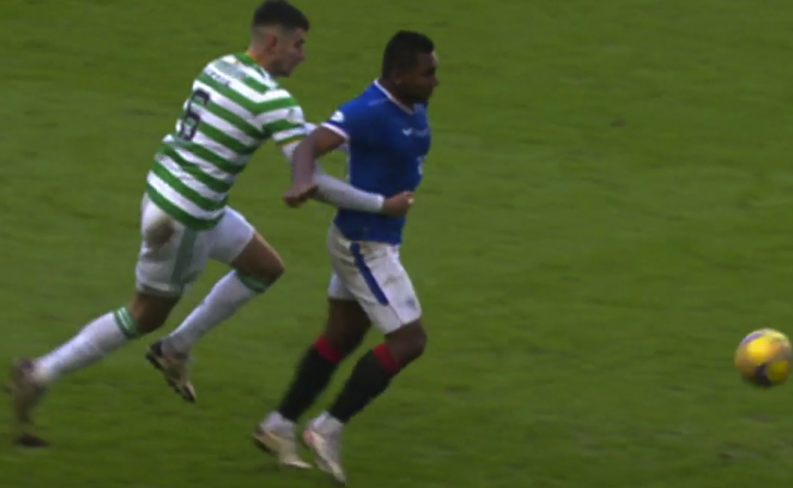 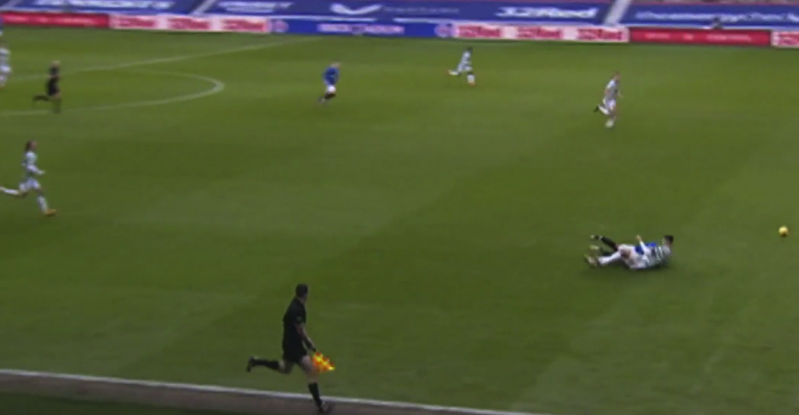 DOWN AND OUT…Nir Bitton and the Colombian striker hit the deck as ref Madden reaches for his pocket with his assistant yet to raise his flag. The incident occurred in the 62nd minute with the score 0-0.

The Pittodrie encounter was hardly veering towards a brawl, but Bitton – again! – was yellow-carded when he and Ferguson clashed on the wing. It looked as though the Celt had actually come off worse in the collision.

Jota, rather bafflingly, had been given a finger-waving on a couple of occasions by Madden and you could have put your money on him being booked at some stage and that’s exactly what occurred in the 66th minute when Quick Draw Madden reached for a card after an innocuous coming-together with Calvin Ramsay.

For the next 24-plus minutes, Bitton and the lightweight Portuguese winger knew that another infringement – real or imagined – could see them banished.

It was all a bit curious as free-kicks were awarded with monotonous regularity to the home side. Look again at those stats. How on earth is it a realistic possibility that a team with 61 per cent of the possession can rack up so many infringements? 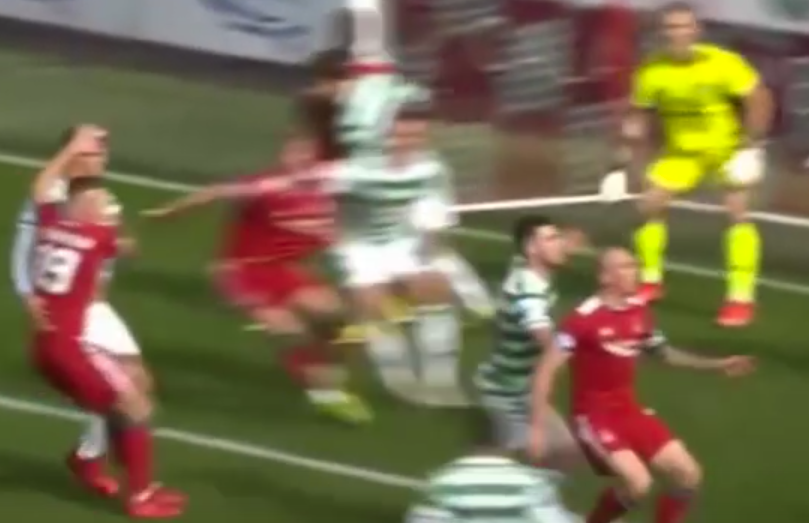 BITTON GETS THE ELBOW…Lewis Ferguson (left) raises an arm as he challenges Nir Bitton while he goes for the right-wing corner-kick to score Aberdeen’s equaliser. No matter which way you view it, it looks as though the Dons got away with one against Celtic. 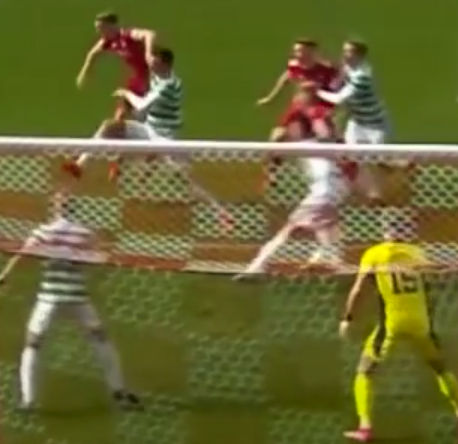 While we are at it, may we talk about the Aberdeen goal? CQN rarely gets involved with referee squabbles and we accept mistakes will occur. Admittedly, sometimes with incomprehensible consistency with the same cast of characters.

Ferguson’s left elbow is clearly raised as he goes up with Bitton for the right-wing corner-kick. Take a look at the images, they provide irrefutable evidence.

Another referee – and another assistant match official – on another day would have blown for the violation. You can bet such occurrences were penalised time and time again wherever football was played this weekend.

Strangely enough, not at Pittodrie. Not in this instance, anyway.

So, Celtic deserve the utmost praise for getting over the line against a team which provided so many obstacles.