THE Odsonne Edouard transfer saga has taken a new twist with reports Leicester City are about to switch their pursuit of a striker elsewhere.

There are even claims the Celtic frontman may even see through the last 12 months of his contract and walk for free next year which seems a highly unlikely scenario.

Brendan Rodgers brought Edouard to Parkhead on a loan deal before making the move permanent with a £9million switch from Paris Saint-Germain in 2018 and has been tracking the French ace for almost a year.

The Hoops are looking for £25million for Edouard with the French giants due something in the region of 40 per cent in a sell-on clause.

The Midlands boss is now closing in on a £25million deal for Red Bull Salzburg marksman Patson Daka after growing frustrated in his pursuit of his former player, according to a report in the Daily Mail. 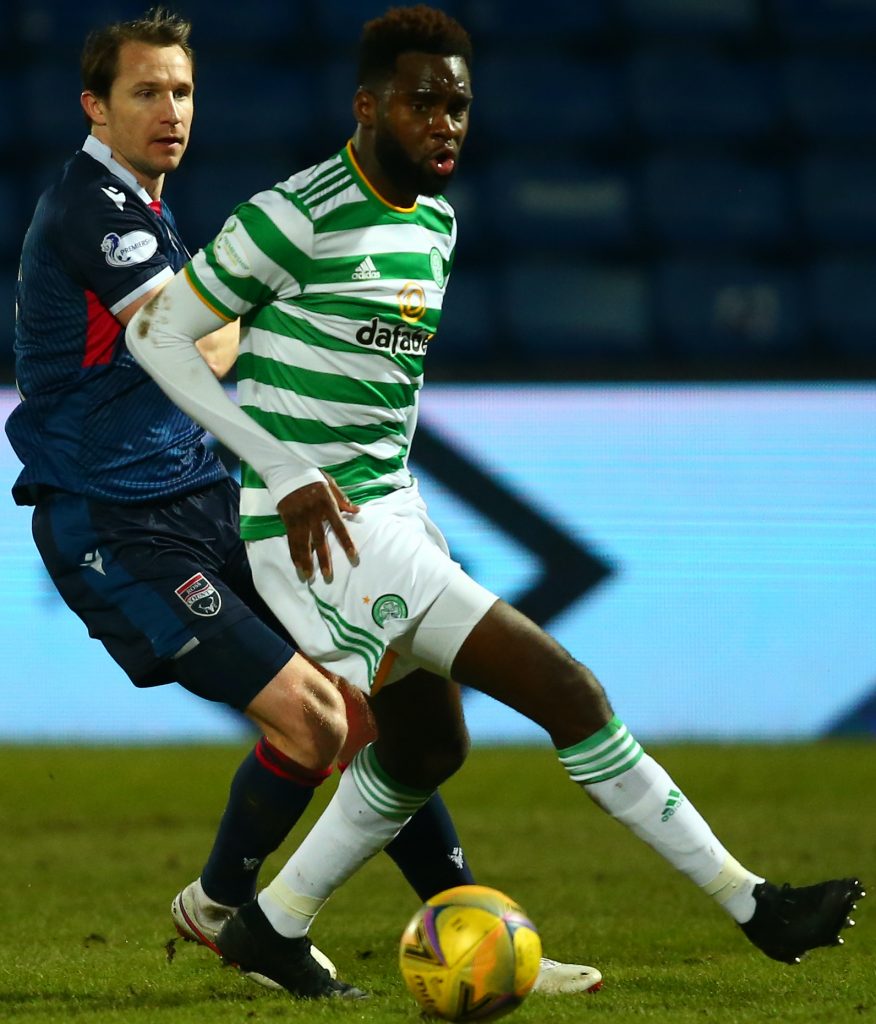 ON THE MOVE…Odsonne Edouard in action during Celtic’s 1-0 loss at Ross County in February – Neil Lennon’s last game in charge.

Twenty-two-year-old Daka scored 34 goals for his club last season as the Zambia international was named Austria’s Player of the Year. It appears he has moved to the top of the wanted list and it is also understood he will cost less in a salary than the 23-year-old Celt.

Negotiations over the fee with the Parkhead side have become protracted and Rodgers realises he may have to move fast to secure the Leipzig star who has also been linked with Chelsea and Liverpool.

Edouard’s form was erratic last season after completing the previous term with 28 goals. He kicked off the quest for 10 in a row with a hat-trick in the 5-1 win over Hamilton Accies on Flag Day on August 2. However, it took until December 30 before he scored his next goal from open play in the 3-0 victory over Dundee United which took him to a meagre seven goals, the others coming from penalty-kicks.

Other clubs are monitoring his situation, but Celtic will not want to sell him cheaply, especially with PSG taking a huge slice of any income.

Edouard could even remain in place for the Champions League qualifiers, but it is still highly improbable he will see out the reaminder of his contract and walk away for free.