RYAN CHRISTIE admitted he had no problem with the straight red card after his “shocking challenge” in Celtic’s 2-0 loss at Livingston last weekend.

The Hoops midfielder was immediately dismissed by referee Willie Collum following a high lunge on Scott Robinson in the 25th minute.

Neither boss Neil Lennon nor skipper Scott Brown could argue with the Scotland international’s punishment in the aftermath of the champions’ first domestic defeat of the campaign.

Christie spoke to the Livi player, who went on to score his side’s opening goal in the second-half, and gaffer Gary Holt at the end of the game. 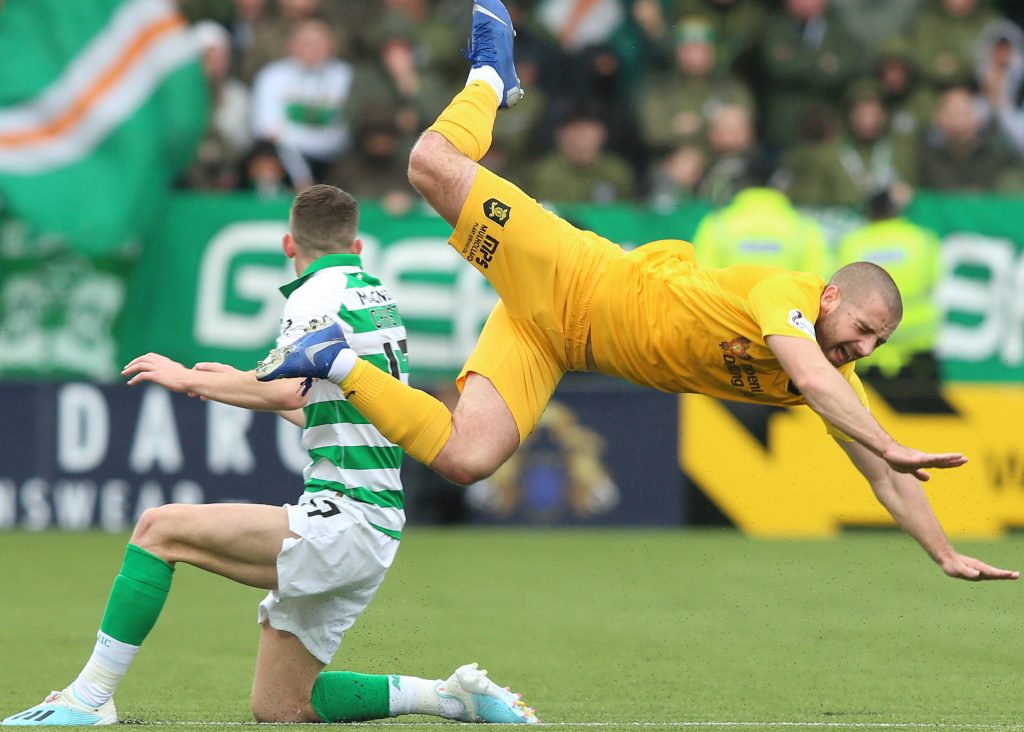 OVER AND OUT…Scott Robisnon is sent flying after Ryan Christie’s lunge.

The talented playmaker, speaking to the Daily Record, said: “He [Robinson] was alright. The Livingston manager was alright, as well. It was nice speaking to them and knowing they had no ongoing feelings after it.

“I think they realised I am not that kind of player and I hold my hands up. I knew straight away it was a shocking challenge and I had no complaints with the referee or anything like that. It was a terrible challenge.

“But it’s important, and my gaffer at the club said it, that the most important thing is you bounce back and you learn from it.

“You need to find the line with controlled aggression. I was just frustrated with the way I started the game and I ended up lunging in.

“That’s when you can hurt someone and I was gutted.”

Christie will now miss two Premiership encounters against Ross County at Parkhead a week today and the match against Aberdeen eight days later at Pittodrie where he spent 18 months on loan before Brendan Rodgers offered him a contract extension at the Hoops a year ago.