The French stopper lost his composure and appeared to take his eye off the ball in the duel with Aussie powerhouse Lyndon Dykes.

Both Jullien and his sidekick Kristoffer Ajer had an uncomfortable afternoon in West Lothian against the rugged frontman who completed their misery by scoring the killer second goal that inflicted the first domestic defeat of the season on the eight-in-a-row champions.

Hay actually started his Hoops career as a centre-half before switching to full-back and then into midfield.

The club great, speaking in the Evening Times, said: “Christopher Jullien is an intimidating physical presence, but he probably hasn’t been used to the challenge posed by Livingston striker Lyndon Dykes on Sunday. 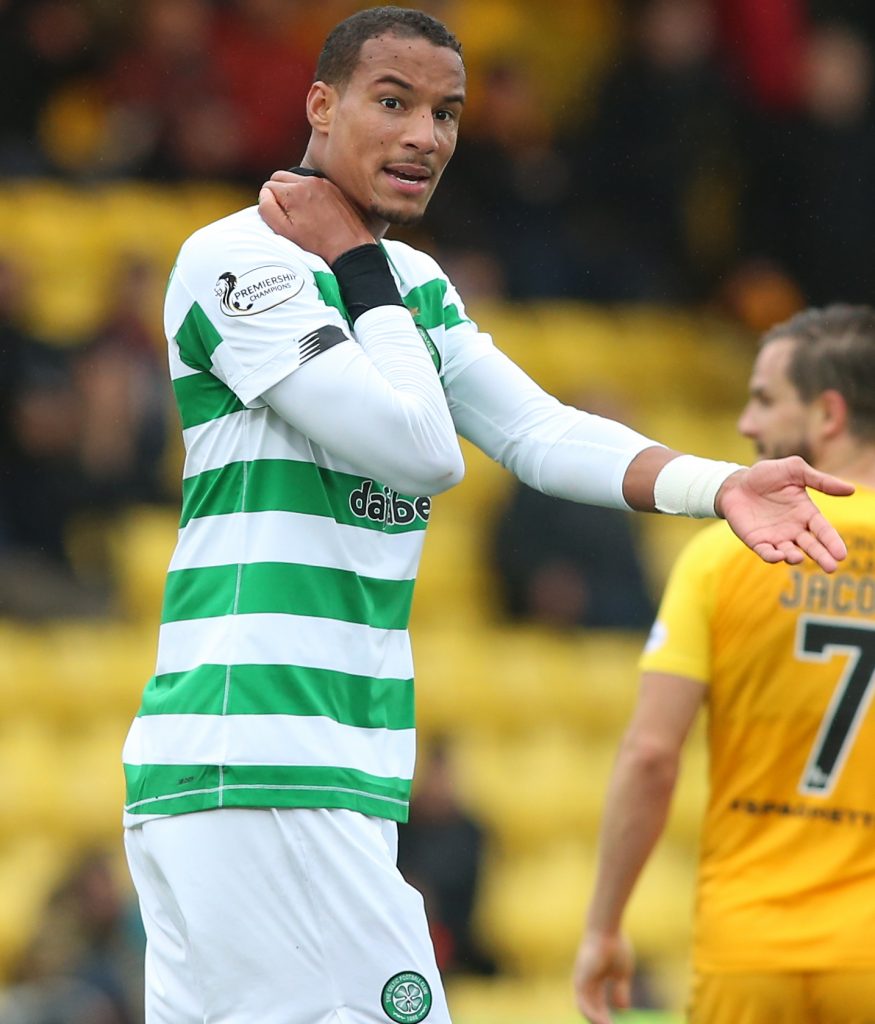 PAIN IN THE NECK…Christopher Jullien was put through the wars at Livingston.

“Jullien has really come good and played exceptionally well against Cluj, but he probably epitomised the drop-off in performance of Celtic come the weekend.

“He wouldn’t have been used to that sort of environment or that sort of contest in France, where someone is bashing him about. He looked startled by it.

“If a player is physical against you, you have to match it, but the last thing you do is allow that to visibly affect your performance or sidetrack you from what you are meant to be doing.

“It became a personal battle between the two, and Jullien lost his focus on the game as a result. He let his opponent know he was getting to him.

“Fair play to Dykes, but Jullien shouldn’t have allowed the Livi man to distract him from just playing his game.”