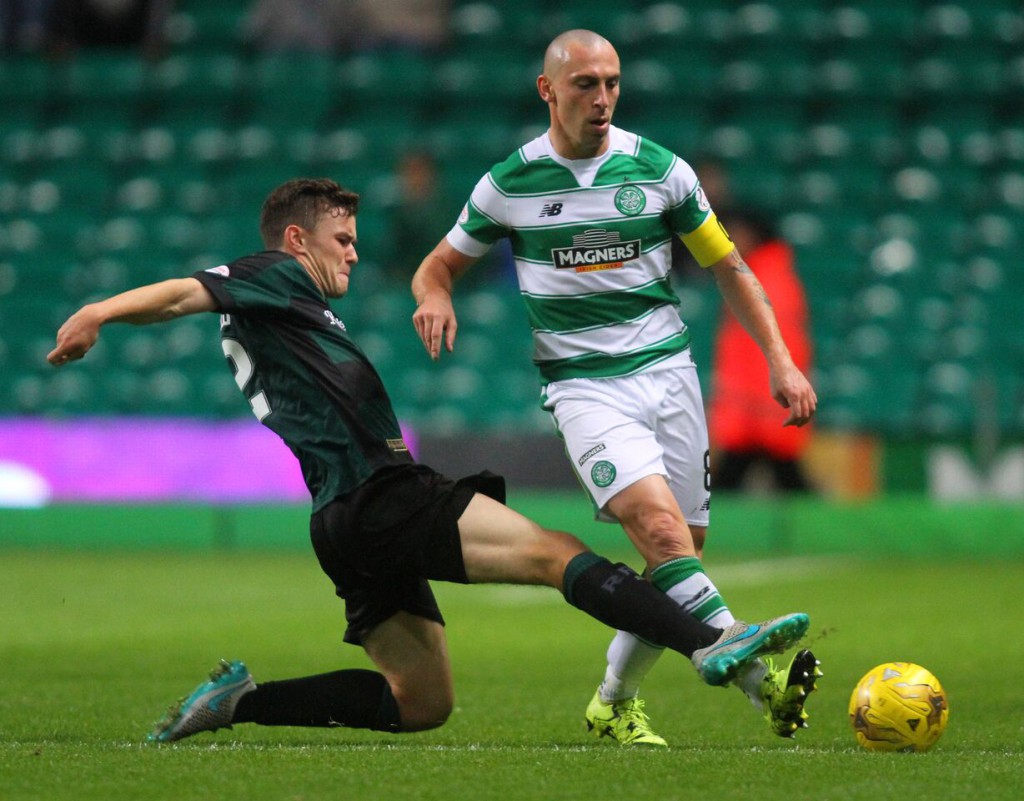 Deila left out Emilio Izaguirre, two-goal star of Sunday’s 6-0 demolition of Dundee, top scorer Leigh Griffiths and Nir Bitton from his starting line-up as the Hoops kicked off the defence of their trophy.
But the Norwegian insisted he will always pick Brown unless the player asks not to play because of injury.

He said: “Broony always gives us 100 per cent. He is always fit and always wants to play.

“Nobody can say he is not fit. He is the fittest player I have.

“Everyone has periods when they are up and down. Scott has been brilliant for the last couple of games. He will always play.”

Last season, Brown, bought by Gordon Strachan from Hibs for £4.4million in 2007, made 32 appearances in the 38-game Premier League.

He also turned out seven times in European ties, all four on the march to the League Cup triumph and five in the Scottish Cup until the shock semi-final defeat against Inverness Caley Thistle.
Click Here for Comments >
Share. Twitter Facebook Google+ Pinterest LinkedIn Tumblr Email
Previous ArticleGUIDETTI SCORES AS BARCA CRASH
Next Article Climbing the mountain, confusing perpetrator for victim