THE Portuguese newspaper A Bola has been added to the FF banned list after this stunning feature in today’s edition on the Lisbon Lions.

Yesterday CQN reported HERE on the outstanding work by Celtic supporter David Mitchell in organising a permanent tribute to the Lions at Estadio Nacional  in Lisbon to commemorate the achievement of the Celtic side in winning the European Cup there in such a flamboyant fashion on 25th May 1967. 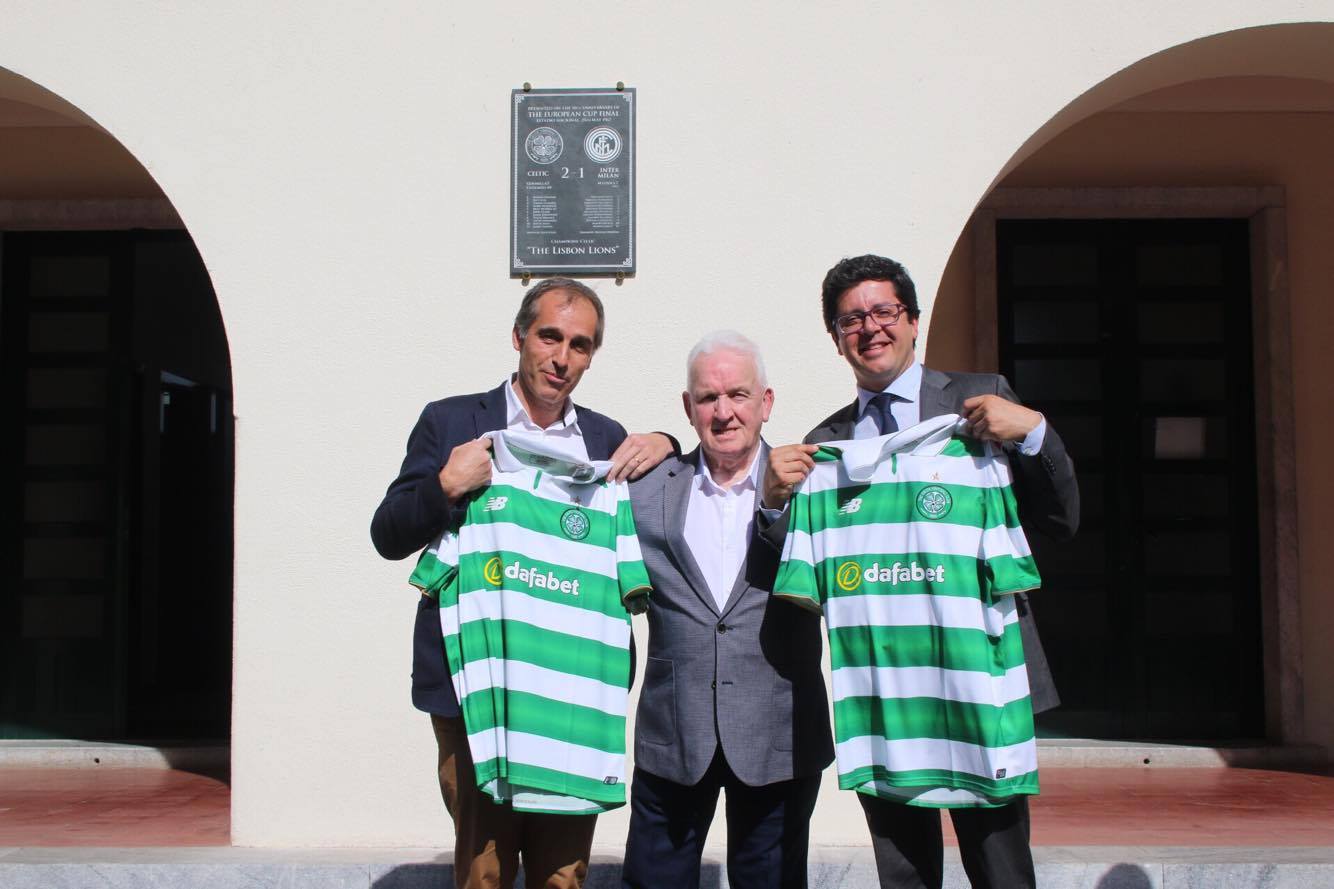 John Clark was a key member of that famous Celtic side and he travelled to Lisbon for yesterday’s ceremony and met up with David to thank him for his efforts on behalf of the other Lions and Celtic FC.

The Lisbon press were interested to talk to both John and David and today’s coverage on A Bola is a tribute to the impact that the Celtic side in 1967 had on the Portuguese.

Thousands of Celtic fans are expected to arrive in Lisbon for the 50th Anniversary of Celtic’s greatest ever achievement later next month, with hundreds of CQN’ers traveling for events organised by BRTH, whose late father organised through his business Enterprise Holidays, thousands of Celtic supporters’ travel arrangements 50 years before.

Here is today’s feature in A Bola. 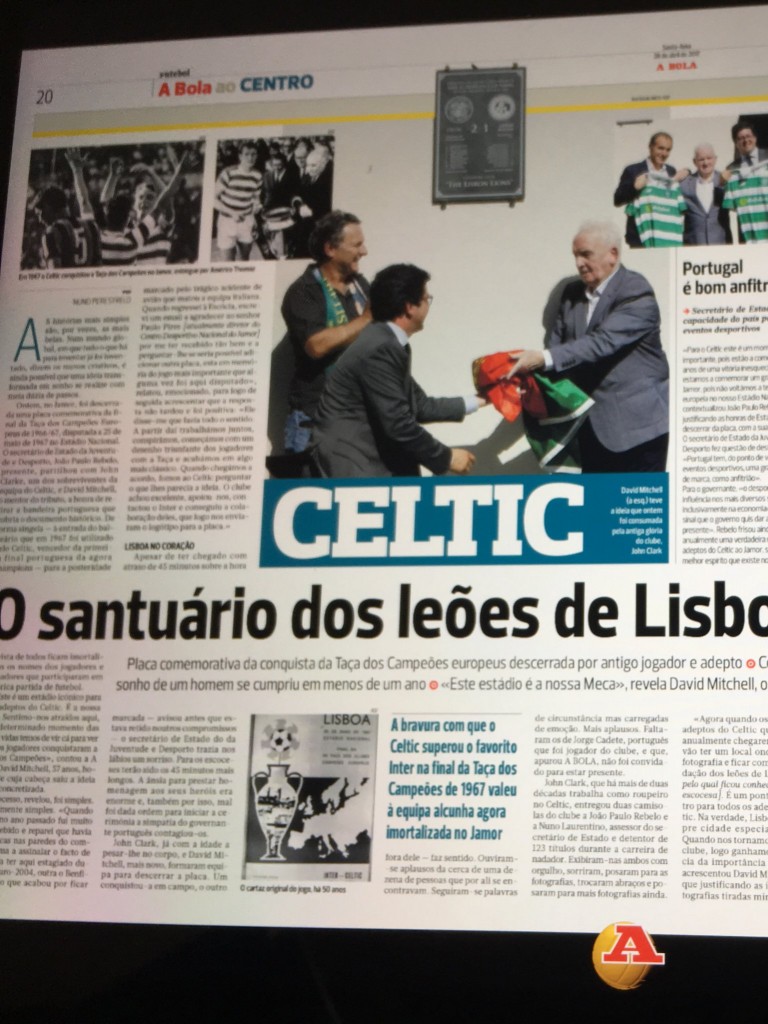