ANGE POSTECOGLOU acknowledges the opportunity of taking his players to a winter training camp will be “gold” as he continues to put his Celtic jigsaw together.

However, the Hoops will almost certainly NOT be returning to Dubai after last January’s debacle that saw the team decimated due to Covid concerns when they returned from the ill-fated trip.

Neil Lennon and his No.2 John Kennedy were both confined to their homes and Gavin Strachan had to take charge of a makeshift team for Premiership outings against Hibs and Livingston in Glasgow that saw the side drop four points in 1-1 and 0-0 draws respectively. 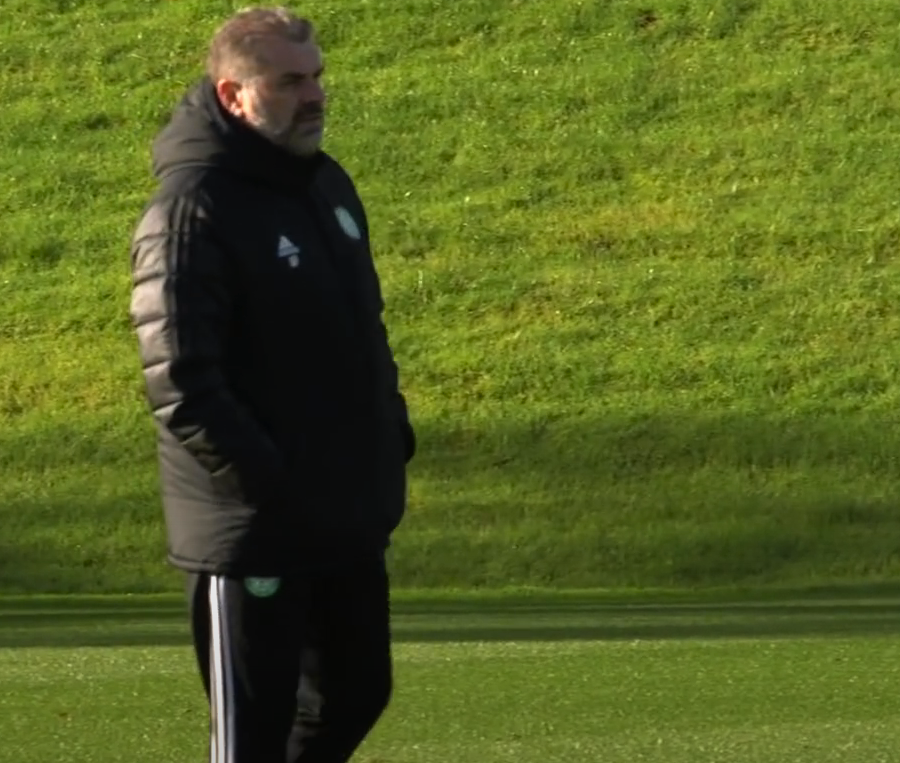 A MAN ALONE…Ange Postecoglou wraps up as he takes training at Lennoxtown.

Youngsters such as Cameron Harper and Armstrong Oko-Flex were pressed into action as the last grip of the quest for the historic tenth successive title loosened during a wretched campaign that had promised so much in the summer.

For five years since first going under Brendan Rodgers, the Hoops headed to the Middle East and Dubai during the mid-season shutdown, but there was a controversial backfire on the last occasion.

Portugal is now among favoured destinations and Postecoglou welcomes the prospect of having some quality time with his squad.

Due to a heavy fixture schedule at home and abroad and the exodus of players such as skipper Callum McGregor and midfield partner David Turnbull to Scotland, striker Kyogo Furuhashi to Japan, versatile Nir Bitton and winger Liel Abada to Israel, centre-back Carl Starfelt to Sweden and playmaker Tom Rogic to Australia during international breaks, the Parkhead gaffer has barely had a full week of intense training with his players.

SCOTLAND THE RAVE…Callum McGregor is aiming for the World Cup Finals in Qatar next year.

Looking forward to a warm-weather training destination, Postecoglou said: “We are planning for that now and we will certainly have some sort of camp.

“It will give the boys a bit of a break. We just assembled this group of people together without really being able to settle them and create a real settled culture and environment with the football we want to play.

“A week’s training will be like gold for us and we will certainly use that time, but there is a lot of football to be played before then.”

With World Cup qualifiers scheduled over the next seven days, Postecoglou, speaking to the Daily Record, added: “Obviously, we want the boys to do well, the ones who go away. They have some big games and we are wishing them well. 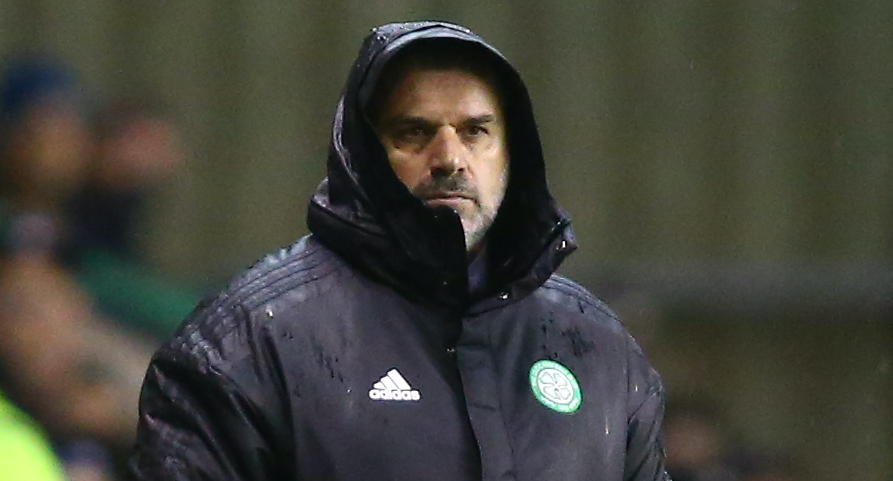 REIGNING IN THE RAIN…Ange Postecoglou plots the 3-1 win over Hibs at storm-lashed Easter Road.

“Hopefully, they get through unscathed. We have some here who will be at Lennoxtown, some need a break who have played quite a lot of football.

“Others we need to put some work into, so it’s an important period for us and there is a massive game when we get back, so we want to be ready for it.”

The Hoops are due to play their Premier Sports League Cup semi-final against holders St Johnstone at Hampden a week on Saturday when the domestic season restarts after the international interruption.

Postecoglou will then take his players to Germany for the crucial Europa League Group G confrontation with Bayer Leverkusen the following Thursday before getting back to points collecting in the Premiership with a home match against Aberdeen three days later.