Today’s ballot in Istanbul paired the Hoops in Group G with Jeremie Frimpong’s Bundesliga outfit he joined in a £11.5million switch in January.

And it will also give the Parkhead side a quickfire revenge opportunity on the Hungarians of Ferencvaros who shocked the team in the Champions League qualifiers when they won 2-1 in Glasgow.

A game against the Spaniards away from home will evoke memories of Seville in 2003 when Martin O’Neill’s side reached the UEFA Cup Final before unfortunately losing to Jose Mourinho’s Porto 3-2 in extra-time. Betis are managed by former Manchester City and West Ham boss Manuel Pelligrini. 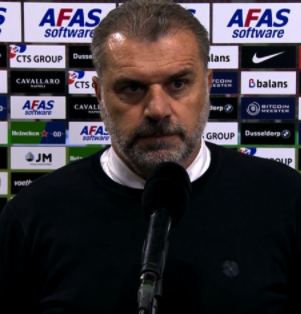 The Hoops booked their place in the group stage of the competition with a 3-2 aggregate win over AZ Alkmaar following last night’s nervy 2-1 loss in the Netherlands, but, thankfully, the 2-0 win in Glasgow provided the necessary safety net.

The first matchday of the group stage begins on September 16.

The final is due to take place at Sevilla’s Ramon Sanchez-Pizjuan Stadium on Wednesday, May 18.
The club immediately picked up just over £3million last night for reaching the group stages where they will receive £550,000 for a win. A draw will bring in £180,000.

It’s not quite Champions League fortunes, but is still a welcome addition to the finances after last season lockdown with the players performing in empty stadiums.

With the bonuses up for grabs plus gate receipts from what will almost certainly be three Parkhead sell-outs, Celtic are guaranteed a financial injection between now and the end of the section games where the hope will be to qualify after last term’s disappointment of only one win from six games and completing the programme rock-bottom.

That was then and this is now. Ange Postecoglou side produced a true grit performance in Alkmaar to reach this stage and the Greek-Australian gaffer has been building steadily since he came in the front door at Celtic Park.