CALLUM McGREGOR has the ability and mentality to play for Barcelona – that’s the view of former Celtic coach Damien Duff.

The Republic of Ireland legend worked with the midfielder during his 18-month stint at Parkhead before quitting last month to become No.2 to Stephen Kenny in his nation’s international set-up.

Duff, who played alongside top-quality performers during his club and country career, insists the Scot is right up there with the best.

The Irishman, speaking on Si Ferry’s Open Goal podcast, said: “Callum McGregor is world-class. I tell him this all the time. He could play in Barcelona. Taking information, the king of simplicity and making the right decisions. World-class.

“Jeremie Frimpong got (Young) Player of the Year. Amazing character and impact for a young boy. Kris Ajer is a Rolls-Royce. I love him to pieces.

“Broony has been world-class for years and Jimmy [James Forrest] on the right, his stats are absolutely ridiculous. On the far side Mikey [Johnston]. If he stays fit – my God what a winger you have got there. 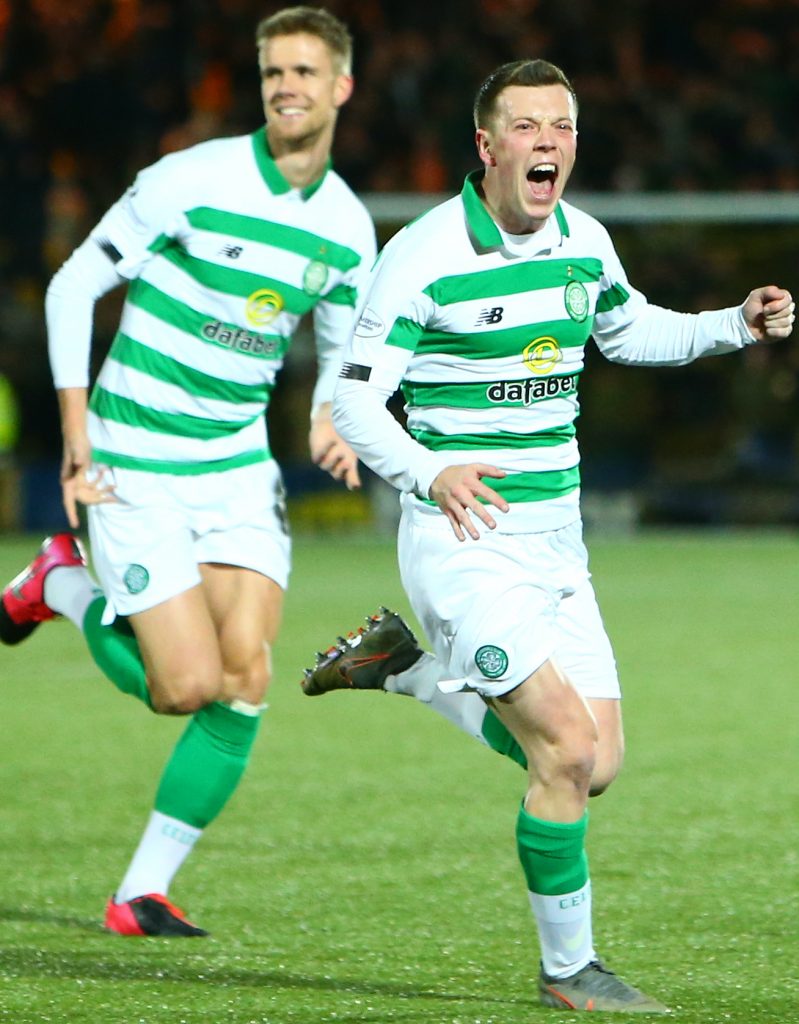 “Up top Odsonne [Edouard] – what a class act. And even the Griffalo [Leigh Griffiths] – he probably doesn’t look the fittest at times, but he’s possibly the best finisher I have ever seen. That slap. Every coach is side-foot, side-foot, side-foot finish, but he just slaps it with his laces and it’s absolutely ridiculous.

“There is a ridiculous amount of quality in the squad.”

Duff, who played for Chelsea, Newcastle and Fulham, among others in his career, was promoted to No.3 in the Hoops backroom team in Februray last year when Brendan Rodgers quit for Leicester City and took Chris Davies, Kolo Toure and Glenn Driscoll with him.

Neil Lennon returned, John Kennedy took over as his No.2 and Duff was given instant promotion after originally coming in to work with the youths.

He admitted it was a wrench to leave Parkhead, but, alas, his family did not settle in Scotland, so a return to the international squad suited all parties.