The Hoops boss is proud of the achievements of the international double-act with their countries, Belgium and Sweden, reaching the quarter-finals in Russia.

Boyata, who has played in three of the four games, could be in the Belgian line-up to take on Brazil tomorrow while Lustig, unfortunately, is banned from the Swedes’ tie against England on Saturday. 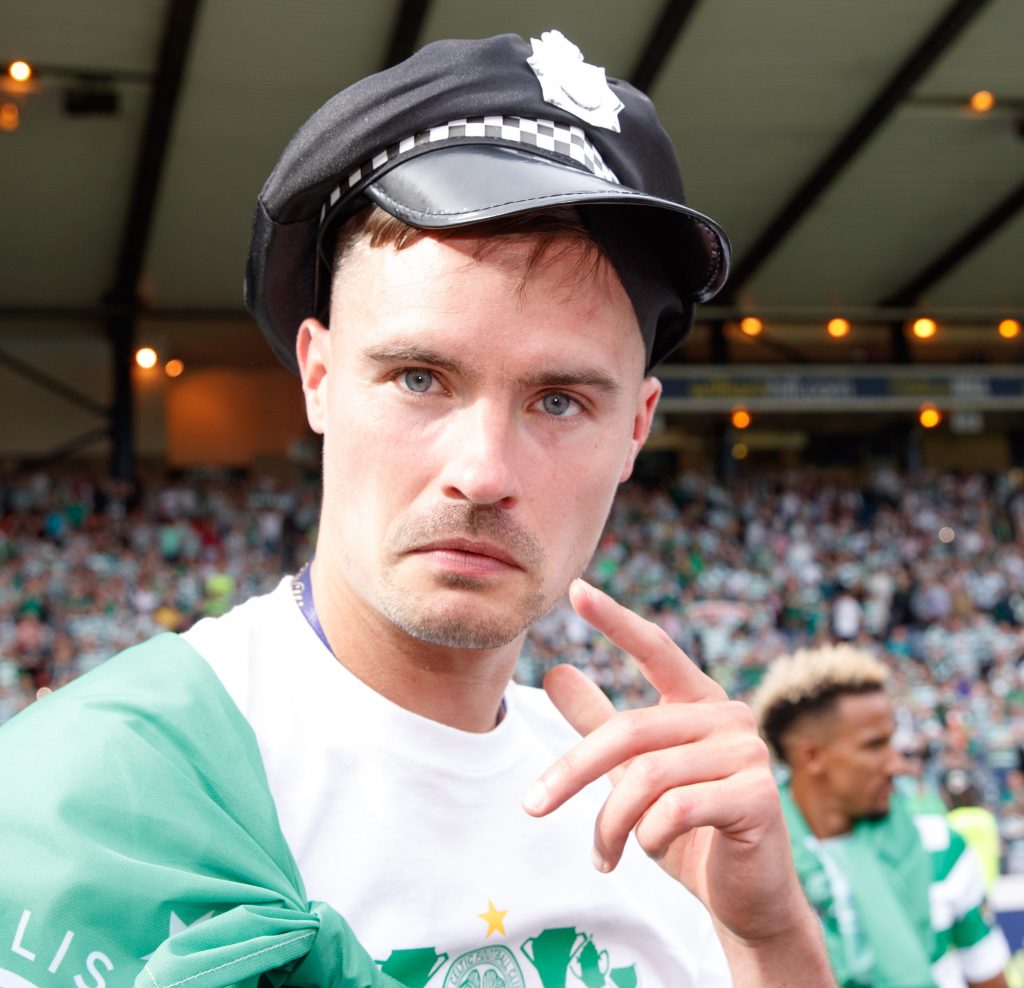 IT’S A FAIR COP…Mikael Lustig, with a replica policeman’s hat, enjoys the aftermath of Celtic’s Scottish Cup victory over Motherwell at Hampden in May. Pic: Geo.

The defenders will both miss crucial Champions League qualifiers due to their national team commitments, but Rodgers refused to take a selfish outlook.

He said: “It’s brilliant, although we’ve got to sort this back four out!

“It’s fantastic for them. I’ve obviously been in contact with them throughout the tournament through text and what have you.

“I’m delighted for Dedryck. He’s had a great run in the team there before coming out for Vincent Kompany against Japan on Monday, but he’s still very much a part of their squad.

“It’s great for them, I’m delighted for them both.”