LEIGH GRIFFITHS claims his celebration of tying a Celtic scarf to a post is just payback for past times when the Hoops were on the receiving end.

And the prolific striker joked his toughest task at Ibrox is getting past the bouncers to get to the goal!

Griiffiths is already preparing for his party piece when Brendan Rodgers’ champions travel to Govan on Saturday, December 29 when they will bring down the curtain on a highly successful 2018.

The 28-year-old Scotland international hitman repeated his trick at Hampden after the 1-0 Betfred League Cup Final win against Aberdeen earlier this month, but said: “I got into bother at Linfield then, unfortunately for me, they had two stewards on the posts at Ibrox.

“It’s probably the closest I’ve been marked at Ibrox.

“It was very difficult to put another one there. But, listen, it’s a bit of banter at the end of the day. 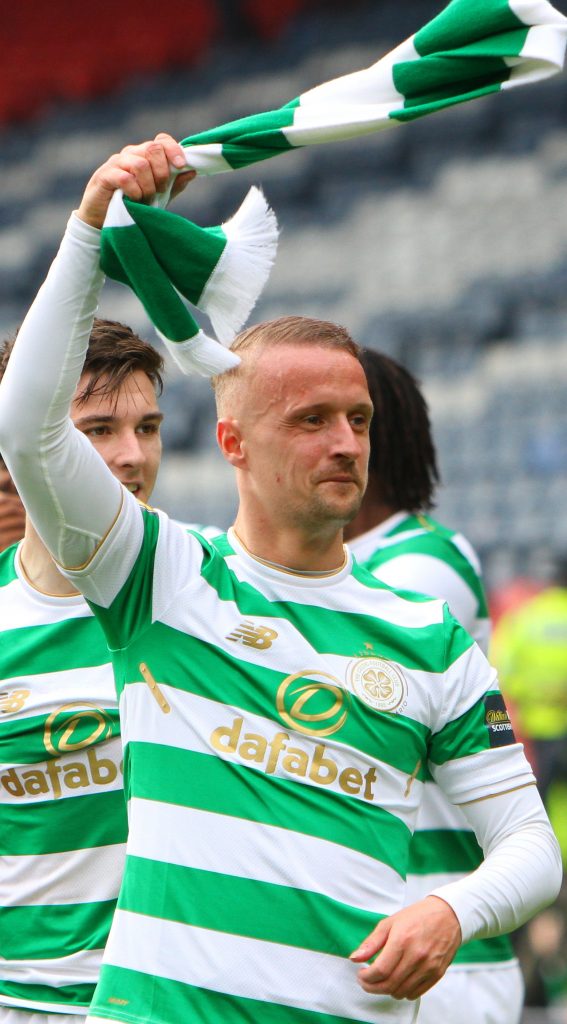 “Guys have short memories. I read somewhere that Rangers did the huddle at Celtic Park in 1999.

“Celtic fans had to endure that, so it gets us a little bit of payback.”

Police Scotland have already warned the clubs not to do laps of honour after victories following the reaction from travelling supporters to the champions carrying out their usual routine of applauding their fans after the 1-0 triumph in the September clash in August when Olivier Ntcham netted the only goal on the encounter.

Griffiths added: “If you sent a DVD of every single home showing what we do at the end each time they’d see that we do that after every game

“The gaffer has already touched on that. Win, lose or draw, we go around and show our appreciation.

“It’s one thing they’re going to moan about especially if we win. We take it on the chin and continue doing what we do.”