BRENDAN RODGERS has praised Scott Sinclair for the manner in which he has dealt with racist behaviour from some wretched elements of society.

The Celtic boss was reacting to the vile mistreatment that has come the way of the winger from some so-called football supporters in recent years.

Rodgers also insisted the unacceptable remarks and despicable actions are not representative of behaviour in Scotland in general.

Sinclair posted a video on his Twitter account which appears to show the winger being racially abused by a fan during Sunday’s Betfred League Cup Final against Aberdeen at Hampden as he stepped up to take a penalty-kick.

The Hoops were already leading 1-0 through a first-half strike from Ryan Christie when the Englishman’s spot-kick was superbly pushed away by keeper Joe Lewis as he dived full length to his right.

It didn’t prevent the Hoops, though, from picking up their seventh successive piece of silverware during Rodgers’ two-and-a-half year reign at Parkhead. 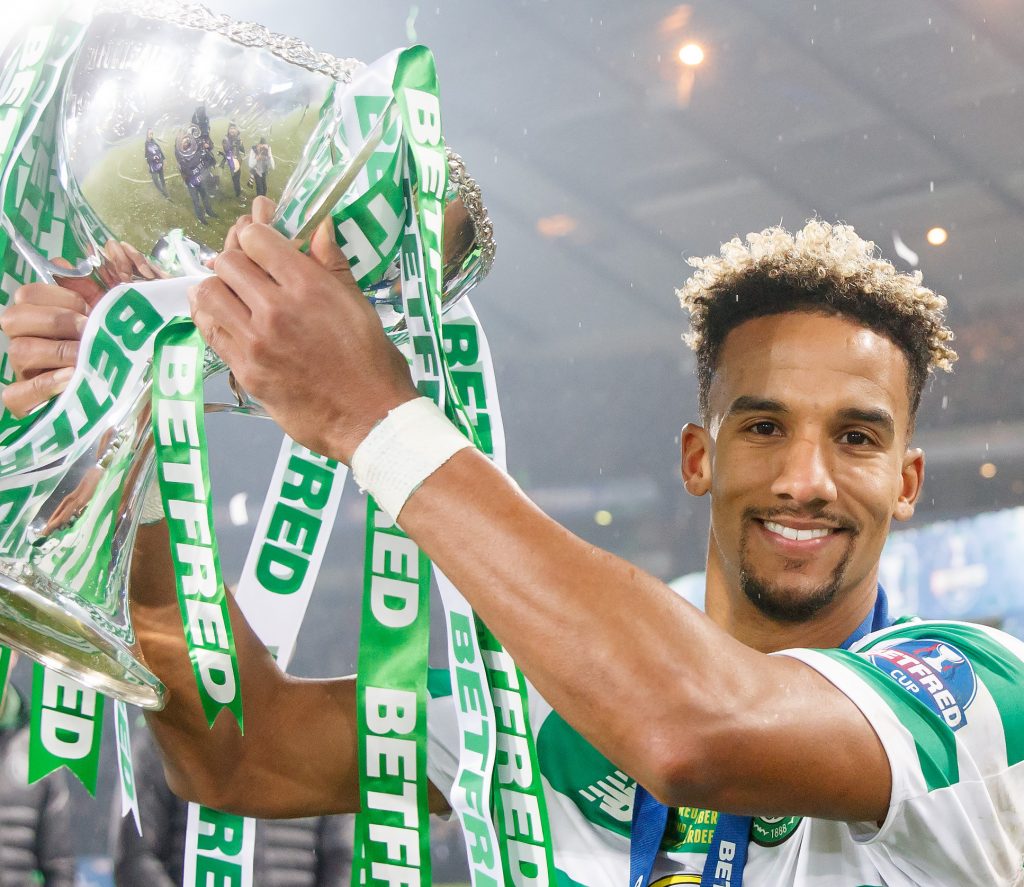 The Irishman said: “There is absolutely no place for it. It’s a message that needs reinforcing not just in social life, but in our football life.

“It can’t be tolerated. Everyone looks at that and it is not a representation of what happens up here in Scotland. We play in great, intense atmospheres. but it’s not something we ever want to see.”

Sinclair, who arrived in Glasgow in a £4.5million switch from Aston Villa in August 2016, has suffered previous incidents Rodgers insisted the club will continue to ensure the player has all the support he needs.

He added: “Scott has obviously had some incidents like it. I wouldn’t just totally focus on the Scottish game. You see elements of this in society.

“I reinforce it is not something we want to hear or see and certainly for Scott he deals admirably with it.

“Scott needs all the support and obviously we don’t want anything like that in our game and our society.”

Sinclair slammed the supporter who shouted the racial slur at him describing the behaviour as an “absolute disgrace”.

The Player said on Twitter: “Just seen the video from Sunday’s game. Absolute disgrace for the ignorance of the uneducated fan shouting racial abuse.”