The on-loan Borussia Dortmund right-back is poised to make his European debut for the Hoops in the Europa League last-32 encounter with the Spanish giants.

And Toljan revealed he is already up to speed on how they play.

The pacy 24-year-old said: “I like Spanish football. I enjoy watching it and I know it’s hard to play against Spanish teams.

“I think it’ll be a tough game, but we have a good chance, especially at home.

“I’ve watched some Valencia games, so I know the team in general. They’re a good side and have been improving in recent weeks. They play good football and will make a difficult game.” 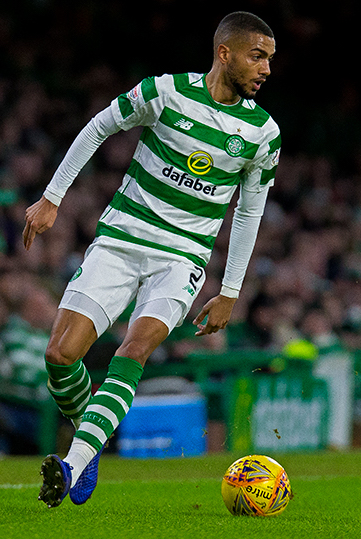 Toljan added: “Knock-out rounds over two legs changes the game a lot. At home, you have to be worried about conceding a goal.

“We’ll need to be really focused defensively to ensure we don’t concede at home. We’ll have to stay compact and solid at the back.

“We might not play exactly like we do in the league in terms of dominating possession, but we’ll still be attacking them for 90 minutes because that’s the way this team likes to play.

“We’ve scored goals from four different goalscorers in the two games I’ve been here, so when we’re in attack I’m confident we can get the goals.”

Toljan made his debut for the first team as a second-half substitute for the injured Mikael Lustig in the 2-0 win over St Johnstone at McDiarmid Park earlier this month after his deadline switch from the Bundesliga giants.

He kept the position for the 2-0 triumph over Hibs a week ago and played in his first Scottish Cup-tie in the 5-0 rout of Tommy Wright’s Perth outfit on Sunday.

He is hoping to maintain his 100 per cent success rate as he moves into European competition with Brendan Rodgers’ men.

* Toljan was speaking to this week’s Celtic View, on sale now.