The caretaker boss, who took over when Neil Lennon departed in February, is not sure of his own future at the club while the managerial guessing game rumbles on with Eddie Howe still favourite.

However, Kennedy still feels the Hoops hierarchy should attempt to persuade the Norwegian international forward to remain in Glasgow after two loans spells from Southampton.

Elyounoussi’s deal expires at the end of next month and is poised to return to the south coast club who paid £16million to land him from Swiss outfit FC Basel in the summer of 2018.

The stand-in gaffer said: “I think he’s the calibre of player you want to try to attract to your club.

“When you’ve worked with a player you know the quality they have, you get to see them up close and what you really like.

“Moi’s character and his levels, in terms of training, he’s first class in everything he does. He’s one of the best professionals I’ve worked with.

“He really looks after his body, he commits to training and every drill you do each day.

“When he’s on form he’s a very good player.

“We’ll have to address that in the summer if it’s a possibility. If it is, I’m pretty sure the club will look closely at that.”

Looking at the fee his parent club splashed almost three years ago, Kennedy continued: “When players are bought it doesn’t always mean that’s what they are valued at going forwards.

“The discussion between the clubs isn’t one I’d go into and say to put a value on it. 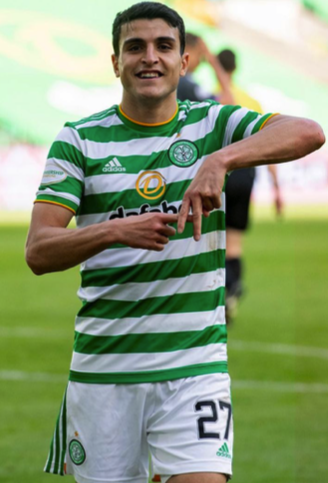 “The club will look at what they have in the squad, what’s available and if a deal can be done.

“It probably won’t take place until the summer, so we will focus on having Moi and getting the most out of him we can.”

Kennedy, speaking to the Scottish Sun on Sunday, added: “Moi is in top form and has got more confident with each passing game.

“Getting a few goals is always good for that.

“When he finds his groove and is on top form, he’s an important player and he’s shown that.

“Certainly, he was a threat in our previous game against Rangers and, hopefully, he can continue his form going into that game today.”

Elyounoussi chipped in with a delightful double in the Hoops’ 6-0 win over Livingston and was the marksman with a flying header when Celtic drew 1-1 with Steven Gerrard’s side at Parkhead last month.