Celtic Quick News on News Now
You are at:Home»Football Matters»THE SHAMBOLIC FOOTBALL ASSOCIATION
By CQN Magazine on 9th February 2016 Football Matters
LUBOMIR MORAVCIK can do no wrong in the eyes of the Parkhead support and the little Slovakian magician did it again at Hampden last night.
The Hoops’ fans’ favourite managed to pull Celtic’s name from the re-run ballot to give the champions a home Scottish Cup-tie for the first time in TWO years!
In the original draw, Ronny Deila’s men were paired with Dundee United at Tannadice in the quarter-final before the ballot was declared void. 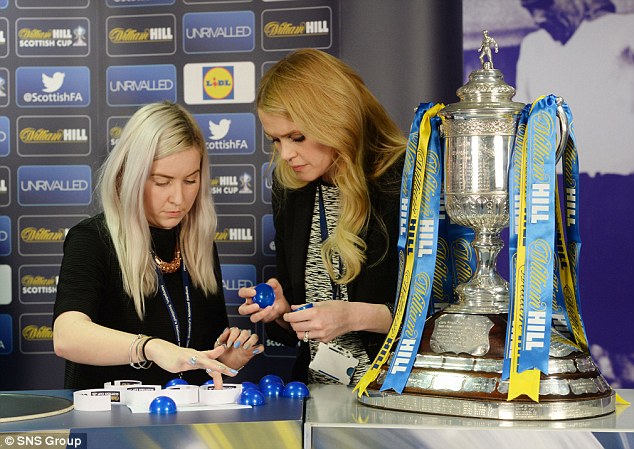 And 29-goal striker Leigh Griffiths admitted he was delighted to see Celtic get a game at Parkhead after such a long time and having been drawn away to Stranraer and East Kilbride already during this campaign.
The prolific frontman said: “With Cup draws, it is always nice to get a home tie, but it won’t be easy, that’s for sure.
“Morton will come with thoughts of repeating the same scoreline when they beat us 1-0 in 2013, but, hopefully, with this squad we have enough to take care of them.
“Whoever we get we are going to be favourites to win the game, but we are happy with a home tie. We still need to go and take care of them and get to the semi-final.

“After the two performances against Ross County and Aberdeen, it was just about getting the win against East Kilbride at the weekend.

“Defeat was unthinkable. Regardless of the scoreline, we wanted to get through the tie and we have done that. Now we’ll have a good week’s training and be ready for Ross County on Saturday.”
The SFA’s latest embarrassment brought ridicule on the Scottish game. Last week in the Court of Session their QC was ridiculed by Judges when the SFA’s brief attempted to explain away the SFA’s belief that Rangers had somehow survived liquidation and was above Scots Law.  Previously the SFA had outlined their position was based on legal advice received, although this has yet to be made public.
The Rangers, should they overcome Kilmarnock in their replay, will have their usual home draw, playing either Dumbarton or Dundee.