LISBON LION Bertie Auld passed away on November 14 at the age of 83 after a brave battle against dementia.

The remarkable life story continues with Bertie reminiscing about the Celtic ‘Rat Pack’.

THERE once was a time when I answered to Sammy D. That’s what my Celtic mates called me and I doubt if some people out there will have a clue as to how I came about my unusual nickname.

As I have surely emphasised already, my colleagues – plus a certain Jim Baxter – were all genuine characters.

At that time there was the Hollywood ratpack led by Frank Sinatra and consisted of actors and singers such as Dean Martin, Peter Lawford, Cesar Ronero…and Sammy Davis Junior. Sammy, a fabulous crooner, was unusual in that he was a black Jew. I used to have a very heavy growth and had to shave about twice a day.

We had no black players around at the time and, without too many alternatives, that’s why I was named after Sammy Davis. I hope that’s not politically incorrect in this sensitive day and age. By the way, Sammy only had one eye and I’m fairly certain more than a few of my team-mates thought I did, too, after some of my performances!

So, Billy McNeill became Cesar after Romero because he was the only one who possessed a car and did all the driving. Romero, a good-looking leading man of his era, appears to have been given a similar task for Sinatra and his chums, so Billy was duly named Cesar. 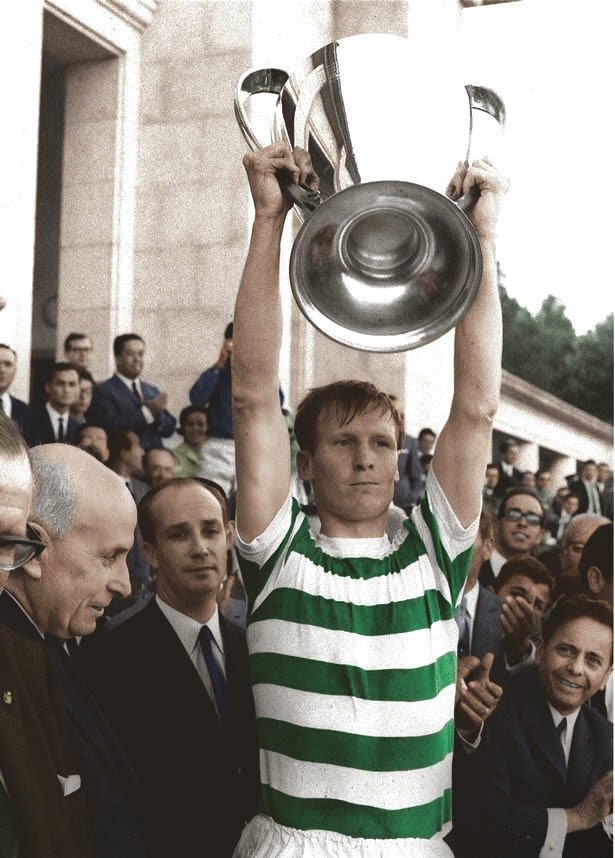 CAESAR IN LISBON…Billy McNeill holds aloft the European Cup in the Portuguese capital after the 2-1 triumph over Inter Milan on May 25 1967.

You will see throughout this book that I continually refer to my old captain as Caesar, note the different spelling, which I think is a lot more fitting. Well, who would you want to be called after – a chauffeur or a Roman General? I always thought Billy had that magnificent presence about him that marked him down as something special.

Just think back to that famous photograph when he is standing up in the gods holding aloft the European Cup with the sun streaming down from the heavens in Lisbon. You’ll see what I mean.

Mike Jackson, an old-fashioned inside-forward who could score a goal or two, thought he could sing. Note the word ‘thought’. He wasn’t shy to grab a microphone on a night-out and he became Dino after Dean Martin, a smooth American/Italian singer and actor whose stage act used to be played out with him kidding the audience he was sloshed.

He always seemed to have a huge glass of what looked like straight gin as he ambled through his performance. He had a great line when someone asked him for a cure for a hangover. Immediately, he responded, ‘Simple – stay drunk!’

Actually, a lot of that was sheer kidology and Dean Martin was one of helluva singer. Our Dino might have grudgingly admitted he was just a wee bit better than him! 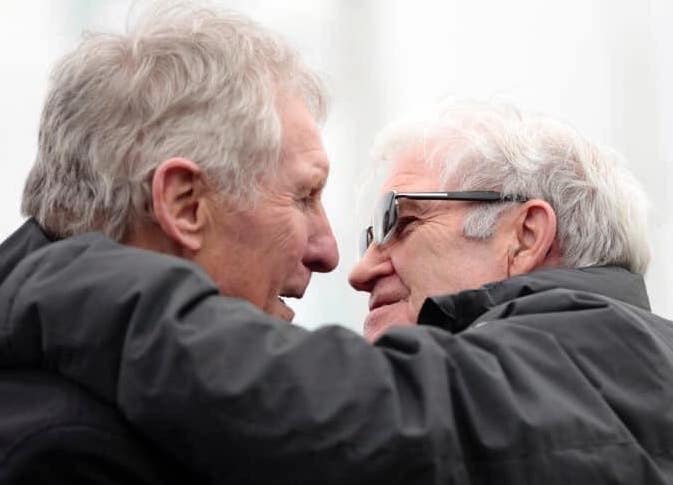 John Colrain, a big, powerful frontman, was known as Oceans. Frank Sinatra was a lead in the movie called Ocean’s Eleven about a mob of guys who were plotting to rob a Las Vegas casino. George Clooney and Brad Pitt starred in the remake much later. Sinatra was Ocean and so Colly took up his film name.

I loved the story I heard about the making of the movie. Sinatra was outlining the plans to knock over the casino when Dean Martin broke in and said, ‘To hell with the movie – let’s do the heist!’

I was very friendly with Dino, Colly and Paddy Crerand back in the early days and we used to have some great nights out on the town. I recall one day we decided to go to the dancing, the Locarno in Sauchiehall Street, as I recall. Dino, Colly and myself had a change of clothes, but Paddy seemed to be wearing the same shirt he had had on all week.

‘Give me half-an-hour and I’ll get ready,’ he said. We all trooped over to his mother’s house at Thistle Street in the Gorbals. His mum, a lovely lady named Sarah, had lost her husband during the war, but she always appeared such a cheery person. She greeted Dino, Colly and me with her usual warmth and charm. 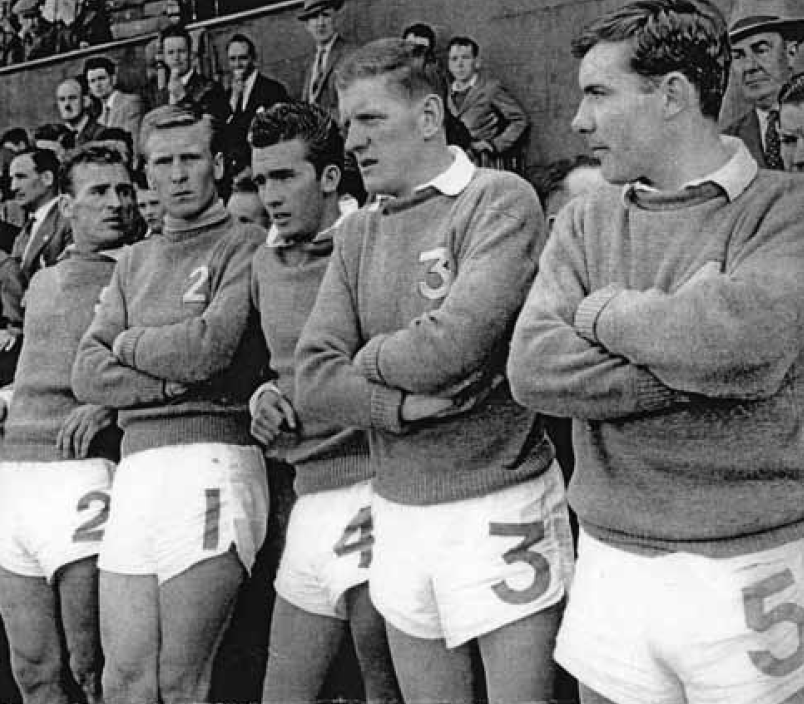 THREE OF THE RAT PACK…Pat Crerand (extreme left), Billy McNeill and Mike Jackson along with Jim Kennedy and Dunky McKay at a Falkirk five-a-sides tournament in the early sixties.

Paddy went off to change his shirt and we noticed the Crerands actually possessed a television set. Now that must have been unique in the Gorbals in the Fifties and I mean that as no disrespect to the citizens of that area back then. There was a lot of poverty and deprivation around. For someone to have television set was a big deal, believe me.

We also noticed this array of chairs set up in the living room pointed towards the TV. There were probably about four rows of five, I seem to recall, and there was a wee chap sitting there, wearing a bunnet and a huge coat, watching something on the box. As we waited for Paddy, the little guy got up, thanked Mrs. Crerand and walked down the stairs.

‘Same time tomorrow, Sarah,’ he said. I asked who this fellow was. ‘Oh, I think he’s a neighbour,’ answered Mrs.Crerand. Obviously, anyone was allowed to watch her television and, remember, these were the good old days when you could leave your front door open and not be scared of being burgled.

There may not have been a lot of money back then, especially in the Gorbals, but they were honest and respected each other. Paddy duly returned and it looked as though he had simply turned his shirt inside-out! Anyway, we did go to the dancing and had a splendid time, as we always did.

There was a superb bonding among the players and maybe some people at the club thought there was too much going on off the pitch. We had a good time, I’ll admit, but we were 100 per cent professional in our training and playing. No-one could ever say otherwise.

However, it was no surprise when I was sold to Birmingham City, Paddy to Manchester United, Dino to Third Lanark and Colly to Clyde over a fairly short period. Someone was trying to break of football’s version of the Rat Pack, but we all remained good pals.

Nothing was going to end our friendships.