Celtic Quick News on News Now
You are at:Home»Latest News»TREBLE AHEAD FOR POSTECOGLOU
By CQN Magazine on 5th April 2022 Latest News

THERE is treble ahead for Ange Postecoglou and his transformed Celtic team.

That’s the confident prediction of former Hoops central defender Alan Stubbs who reckons his old club won’t be derailed in their quest for their tenth title in 11 years.

Stubbs, who has managed Hibs, Rotherham and St Mirren, was impressed by the Greek-Australian’s side in the 2-1 win at Ibrox on Sunday, following on from their 3-0 romp at Parkhead in February against the same beleaguered opponents.

Celtic, with the Premier Sports League Cup already in the trophy cabinet after the 2-1 triumph over Hibs in December, are now six points ahead with six games to play with the crown looming into view. They also possess a superior goal difference of plus 16.

A victory over St Johnstone at a rocking, sell-out Parkhead on Saturday afternoon will push Postecoglou’s men nine points ahead with Giovanni van Bronckhorst’s outfit due to play St Mirren at Paisley at noon the following day.

The Hoops are also due to face the Govan club in the Scottish Cup semi-final at Hampden a week on Sunday as they zero in on a phenomenal domestic clean sweep.

Stubbs, who was one of the heroes in Wim Jansen’s line-up that prevented Walter Smith’s side winning 10 in a row in 1998, said: “I think the title race is over.

“I think Sunday was a defining moment. Rangers have still got to go to Celtic Park, where I think the gap is only going to get bigger. 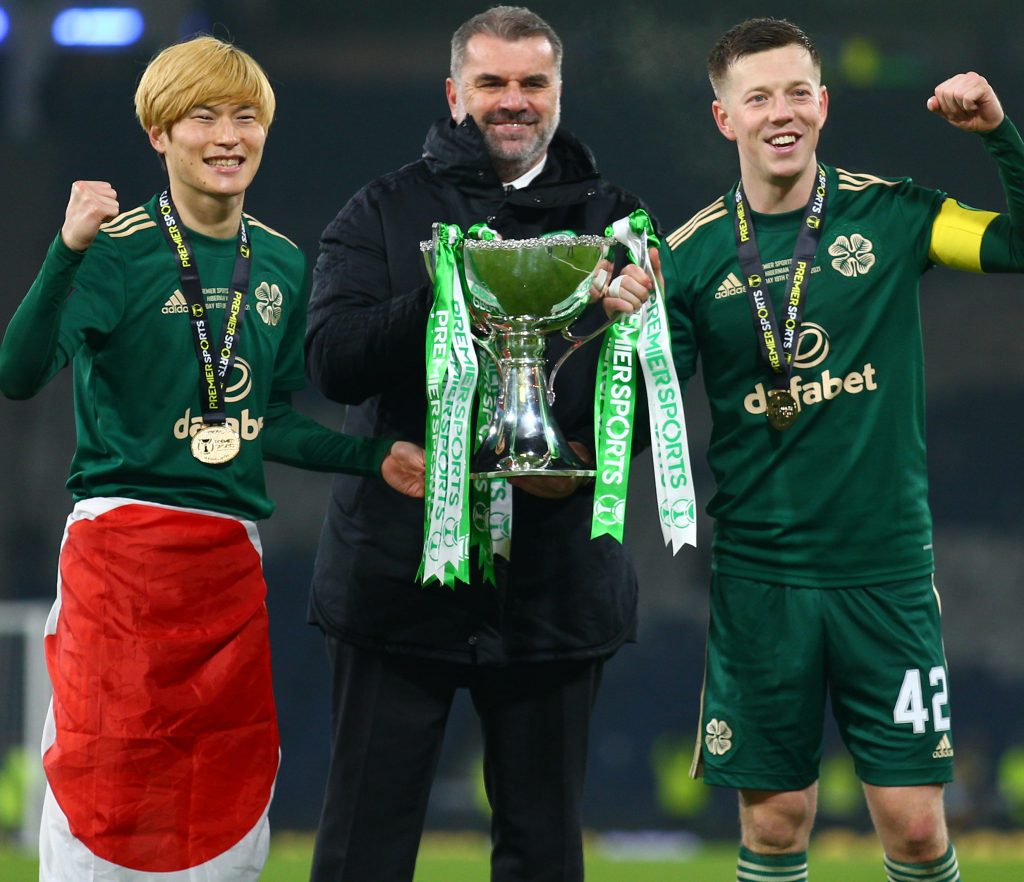 THREE CHEERS…Ange Postecoglou is flanked by two-goal Kyogo Furuhashi and skipper Callum McGregor after the 2-1 success over Hibs at Hampden.

“Celtic can afford to lose two games and they will still win by goal difference.

“I think it is a foregone conclusion now. I would think the treble will be in their sights now.

“They’ve got one piece of silverware in the locker already, the league looks done and dusted and they meet each other in the Scottish Cup semi-final, so I don’t think anyone would rule out the treble.”

Stubbs, speaking to the Daily Record, continued: “Could I envisage Celtic being in this position? Honestly, no.

“I thought Celtic would certainly improve and I thought they would be closer to Rangers, but the transformation and the turnaround has been remarkable.

“Being honest, I don’t think any Celtic supporter would have thought they could turn everything round as quickly as they have.

“It was a huge rebuild. It wasn’t just on the pitch, either, Ange inherited a situation off the pitch, as well, because Peter Lawwell was moving on and a new chief executive came in who left pretty quickly. It was a changing of the guard and there were also recruitment issues.

“There was an awful lot going on off the pitch and on the pitch Celtic were in a mess from the previous season.” 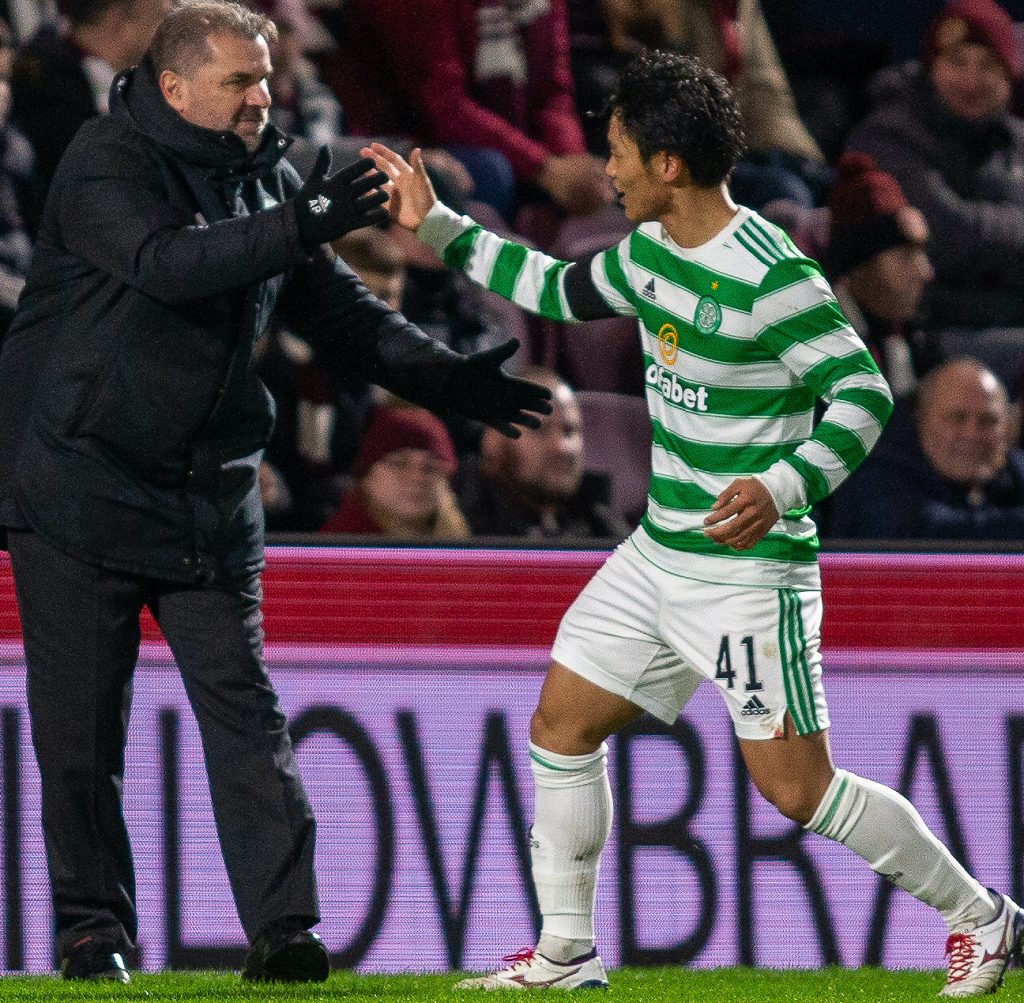 THAT’S MY BHOY…Ange Postecoglou congratulates Reo Hatate after his screamer in the 2-1 victory over Hearts at Tynecastle in January.

GRINNING AND WINNING…Cameron Carter-Vickers celebrates the points-cincher at Ibrox along with delighted team-mates Giorgos Giakoumakis and Tom Rogic.

Stubbs, who cost Tommy Burns a-then club record £3.75million when he signed from Bolton in July 1996, added: “Ange has come in and done nothing short of a fantastic job. His personality has certainly helped the situation.

“He comes across as a calm individual who knows exactly what he wants.

“Virtually every signing he’s made has been a success and it’s very rare that that happens.

“He has to take a lot of credit for that because, apart from the obvious ones who people knew, I think a lot of people were thinking: ‘Who? I’ve never heard of them’ with a lot of the signings, particularly the ones from Asia.

“But they’ve been brilliant and they’ve taken the Premiership by storm this season.”