Celtic Quick News on News Now
You are at:Home»Latest News»WAIT FOR IT: BERNABEI, JOTA ON THE WAY
By CQN Magazine on 25th June 2022 Latest News

CELTIC are poised to unveil Argentinian left-back Alexandro Bernabei as their third summer signing in the next 48 hours.

And Portuguese winger Filipe Jota will end his will-he-or-won’t-he saga by agreeing a permanent switch within days, according to a report in the Scottish Sun.

Twenty-one-year-old Bernabei, who arrived in Glasgow yesterday after a marathon 12-hour flight from Buenos Aires which touched down in Amsterdam before the Lanus defender carried on his journey to its final destination, will complete the formalities of a transfer that could see the fee rise to £3.75million. 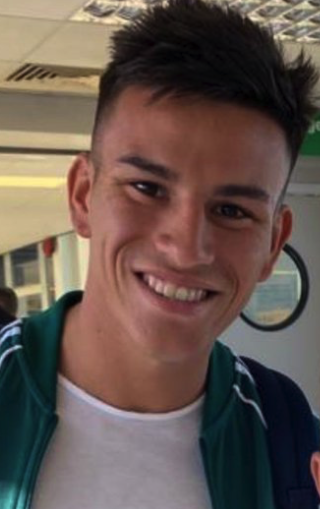 The former Under-19 cap is expected to join his new team-mates when the non-internationals begin pre-season training at Lennoxtown on Monday.

He will become Ange Postecoglou’s third signing of the summer following the permanent £6million switch by centre-back Cameron Carter-Vickers, so impressive during his loan season from Spurs, and Swiss keeper Benji Siegrist, a free agent after spending the last four years at Dundee United.

Jota is on his way from Benfica with the clubs agreeing on an initial £6.5million fee and the player reportedly happy with personal terms. 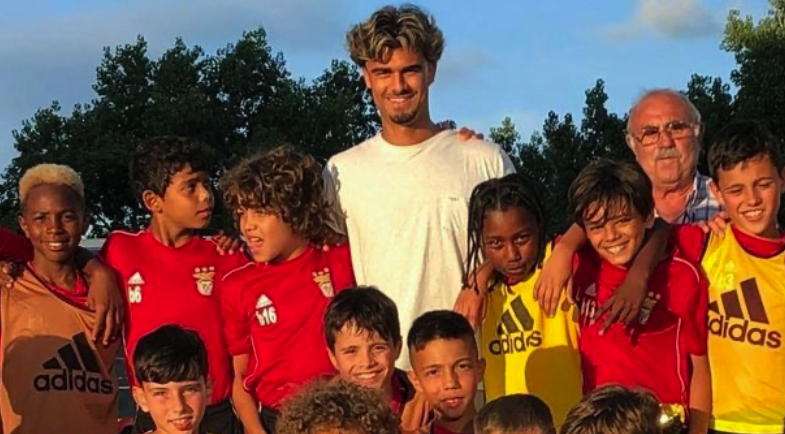 BYE BYE BENFICA…Filipe Jota with the Portuguese club’s kids during the week.

Celtic fans are asked to be patient as the paper work is rubberstamped to everyone’s satisfaction.

With the deals for Bernabei and Jota complete, Postecoglou will step up his efforts elsewhere to bring in at least one midfield recruit following the departures of Tom Rogic and Nir Bitton last month.

The Greek-Australian is also in the market for another striker to lighten the load on Kyogo Furuhashi and Giorgos Giakoumakis.