FRUSTRATED Brendan Rodgers has told Celtic’s powerbrokers they have to deliver his transfer targets.

The Hoops boss insisted he and his recruitment staff have done their job of identifying the players who would boost the team.

So far the champions have yet to add to Odsonne Edouard and Scott Bain while the likes of Stuart Armstrong, Erik Sviatchenko and Patrick Roberts have left Parkhead.

Rodgers said: “I want to bring in quality and thus far we haven’t completed on it.

“We NEED to complete deals. It is as simple as that.

“One is identifying the players which we do and then get them over the line.

“I just wanted quality. We weren’t needing a huge overhaul here this summer. For me, it was pretty straightforward.

“Not a lot of players, but we needed quality. That is something that we haven’t got in the building yet to add to the quality that is already here.

“You have to do that when you are in a strong position. I am not sure the club has been in a stronger position this summer than what they have been for quite some time.

“Well, we’re in a position of strength, so we shall see.

“We identify the targets and, like I say, we just hope they can be completed.

“This is the best time for improvement and you can’t just wait and sit back.

“You have got to keep improving and developing and that is something that we need to do.

“If there is a business side to it, I understand that, but I operate in football and I want footballers in.

“That is a constant thing, not just every other year. You have to develop and improve.” 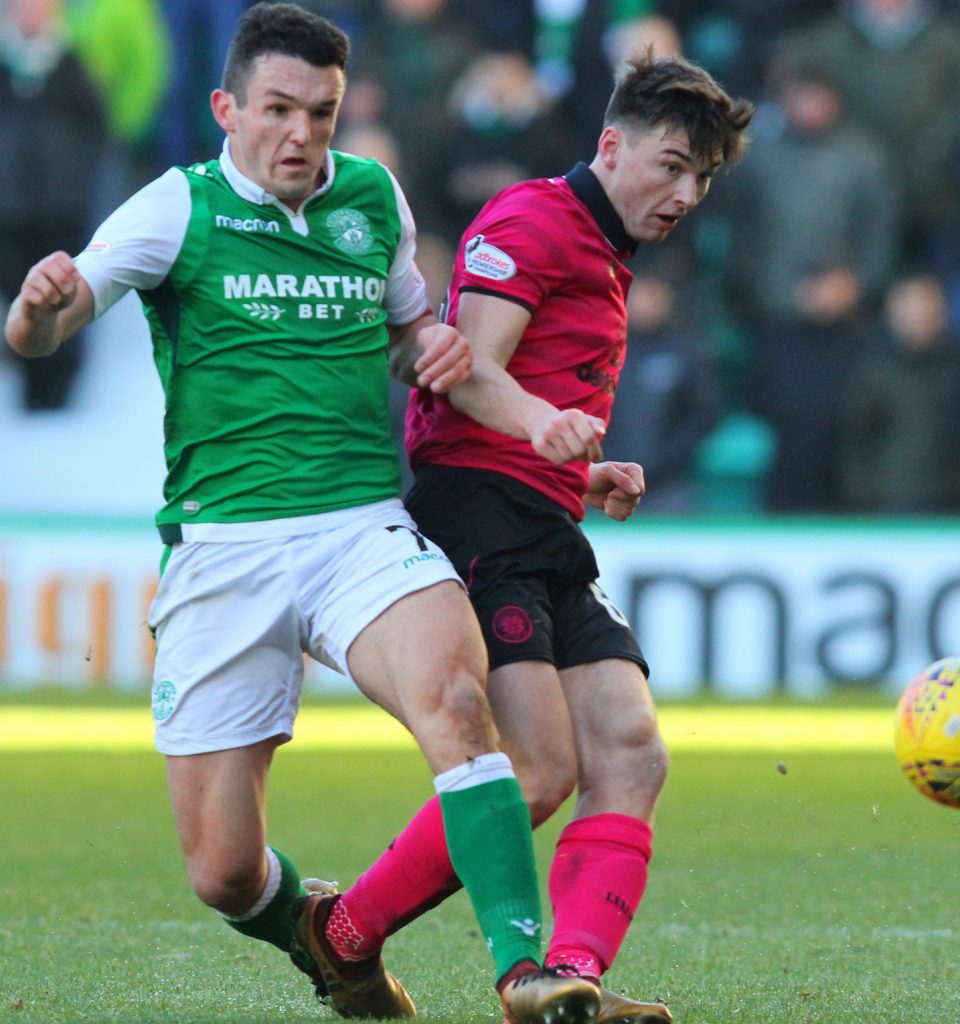 BALL BHOYS…John McGinn and Kieran Tierney clash in a tussle for possession.

Asked if the team would go backwards if they don’t change, the Irishman replied: “Absolutely. 150 per cent. I couldn’t agree more.”

The Parkhead outfit launched a first  bid – thought to be around £1.5million – for Hibs midfielder John McGinn more than a month ago.

That was followed up with two more offers – the last in the £2million region – but no agreement has been reached and the 23-year-old Scotland international held talks with Championship side Aston Villa yesterday.

Rodgers said: “If you open your door to players in general and they have an opportunity to go through that door and have a look and see that there are other good clubs with facilities and are equal and probably better than what is here, then you risk the chance of them not coming back though the door.

“That is the gamble you take if you wait.

“Whatever I feel will always be private. I will never speak openly on that.”

But he added: “The board and everyone are fully understanding and clear and have clarity on my ambitions. Absolutely.

“My ambitions are always for Celtic. For the club and the supporters to have success.

“That’s what it is. Of course, the club have to balance that off with everything else that goes with running a football club.

“I’m not privy to the real depths of the business side of it.

“We’ve got a board who want to look after the interests of the club and I respect that.

“They respect that I am ambitious for Celtic. For the 60,000 who turn up every week and for the millions around the world, we want to deliver the very, very best that we can.

“Ultimately, it was always go down to the board, which it is at most clubs.”