Celtic Quick News on News Now
You are at:Home»Latest News»‘WE MUST TURN OUR PLACE INTO A FORTRESS AGAIN,’ INSISTS SKIPPER
By CQN Magazine on 7th December 2017 Latest News

CELTIC skipper Scott Brown admitted the Hoops played with too much fear in the 1-0 defeat to Anderlecht.

It was another unhappy Champions League outing for the Parkhead men who haven’t won at home in the group stages since October 2013, when they defeated Ajax 2-1.

Brendan Rodgers’ side at least avoided a three-goal defeat to make Monday’s draw for the 32 of the Europa League, but Brown acknowledged they MUST do better.

The midfielder said: “We dug deep in the end to reach the Europa League, but it’s kind of bittersweet. We got what we wanted at the start of the group, but it’s not the performance we wanted and not the way we like to dominate games, possession-wise. 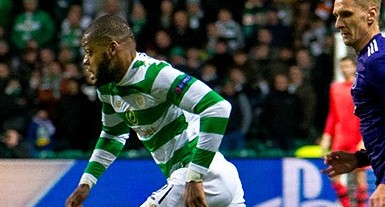 “We’re a team that likes to press high up the park and put teams under pressure and they played us at our own game.

“We need to make our place a fortress again. I don’t actually know why it’s not happening at home.

“It’s always hard against top-quality teams. We went away from home and beat Anderlecht 3-0 and we knew in the return that as long as we didn’t lose 3-0 we were okay. 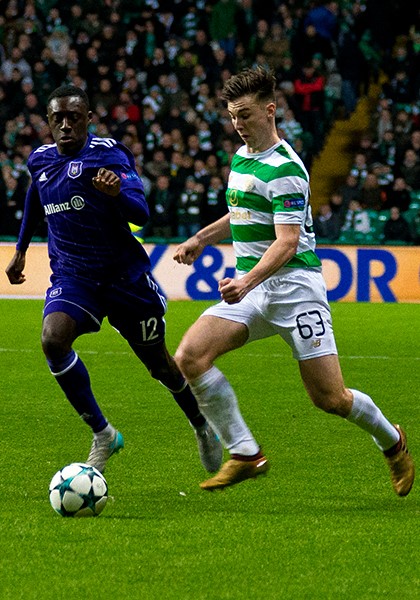 “That was in the back of everyone’s heads. We defended quite well and were a bit unlucky with the goal and Craig Gordon made a great save early on.

“After all that they didn’t have too many chances on target and near the end of we might even have had a couple of goals ourselves.

“But it’s all about the performance for us and it wasn’t really what we wanted – it was something like 600 passes to 200 passes against and that’s not like us, especially at home in front of our own fans.

“I think we got a little bit scared.

“It’s not about fans lifting us – we need to lift them. Usually, we press high up the park and we didn’t do that well enough against Anderlecht.

“They kept the ball and were very patient in possession and it killed us a little bit.”