CELTIC’S catastrophic campaign was summed up in one x-certificate moment in the goalless stalemate against Livingston at Parkhead on Saturday.

The team had toiled against the spirited visitors who had threatened to go home with all three points with a couple of near-misses in the second-half when a Josh Mullin shot was deflected onto the top of the crossbar and unmarked Efe Ambrose headed wide from six yards following a right-wing corner-kick.

However, those misses were outdone by one fashioned by the champions in the 86th minute with the clock ticking down and two more points about to be squandered.

Anthony Ralston, making his first appearance in 17 months, delivered an excellent cross from the right wing and suddenly it looked as though the Hoops were about to claim the breakthrough goal.

Teenager Armstrong Oko-Flex, who had replaced Tom Rogic only six minutes earlier, had the opportunity to knock the ball into the gaping net from only six yards. It appeared just a touch would divert the ball over the line for the 18-year-old forward’s first goal for the struggling Hoops.

Alarmingly, he missed the ball completely and the opportunity was spurned. Celtic’s error-strewn season was encapsulated in a split-second.

GOLDEN CHANCE…Anthony Ralston (extreme right) fires over an inviting cross from the right.

JUST ONE TOUCH…Armstrong Oko-Flex-Flex is ready to pounce six yards out.

OOPS…Oko-Flex slides to the ground after missing the ball.

GROUNDED…Oko-Flex lies on the deck after his glaring miss. Euan Henderson is left amazed.

A BHOY ALONE…Oko-Flex gets back to his feet as the Livingston defenders breathe a sigh of relief. 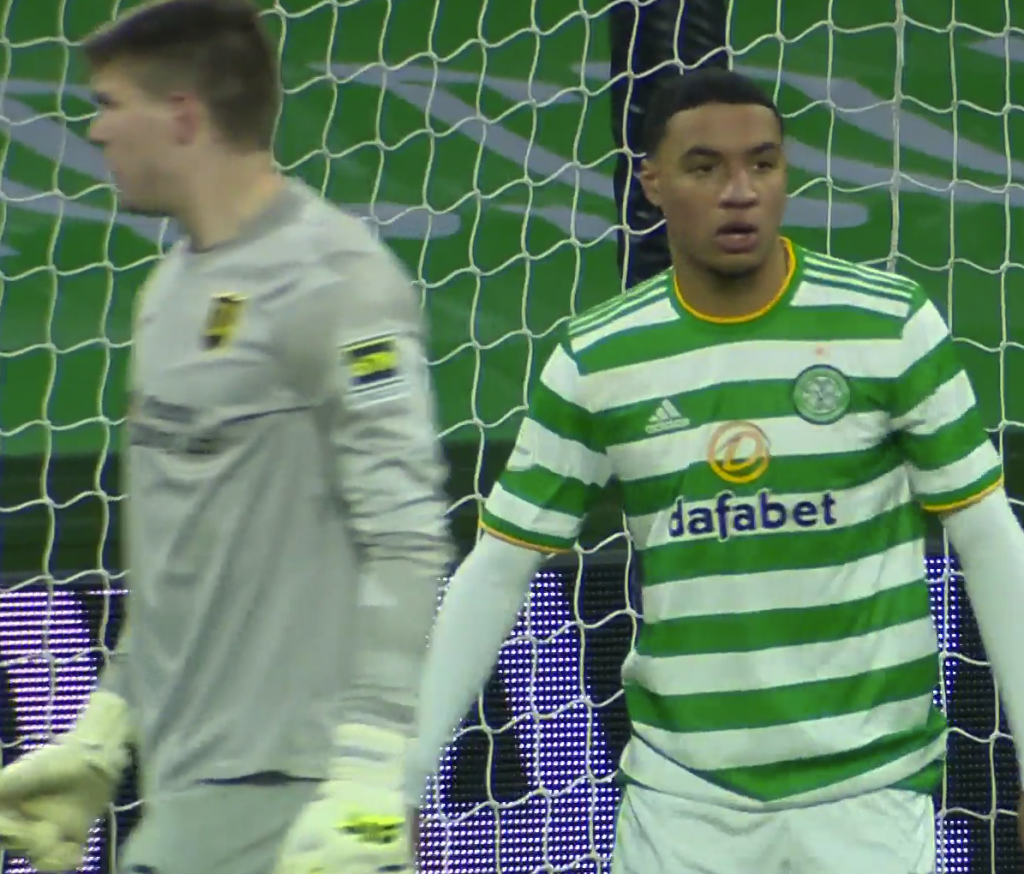 HERO TO ZERO…Oko-Flex rues his miss as Livi keeper Max Stryjek thanks his lucky stars.

To be fair to the Dubliner, possibly he would have rolled it home if he had had more minutes on the pitch. Maybe it came too early for him.

Either way, it was a horrible malfunction which left the team cursing their ill fortune. It will probably go down as the Miss of the Season considering it almost certainly cost the team two points.

It was a rare moment for Oko-Flex, the former Arsenal prospect, to shine. Ironically, he recently appeared to be complaining about his lack of first-team opportunities since his arrival at the club in July 2019 when he agreed a three-year deal.

The player seemed to aim an apparent dig at the club in a social media post after the 2-2 draw with Hibs at Easter Road on November 21.

Oko-Flex took to popular video app TikTok to vent his frustrations after Neil Lennon had overlooked him as a replacement when he used Olivier Ntcham as his fourth substitute for Rogic in the 87th minute. The team were trailing 2-1 before Diego Laxalt rifled in a late leveller. 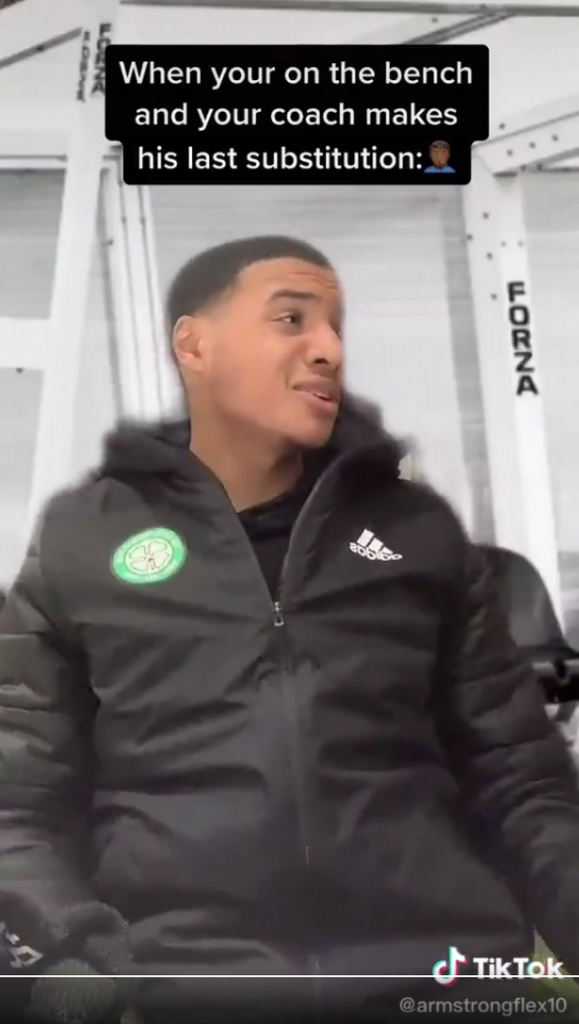 In the video, Oko-Flex is positioned against the backdrop of the subs’ bench, with the caption: “When your (sic) on the bench and your coach makes his last substitution.”

Dressed in full Celtic gear, the youngster pretends to react to being told that he won’t be getting any game time.

As a rap tune plays in the background, Oko-Flex mouths along to the words: “I don’t know why I came.”

The youngster passed up the golden opportunity to answer his own apparant question against Livi at the weekend.

He is likely to be heading for the Parkhead exit when his contract expires in the summer. His only other first-team appearance came as a 60th-minute sub for Cameron Harper in the 1-1 draw with Hibs last week.