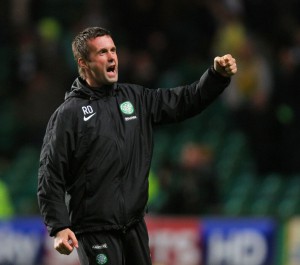 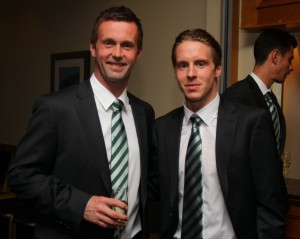 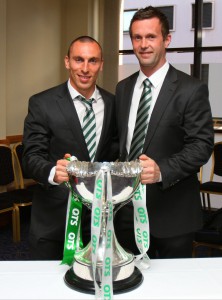 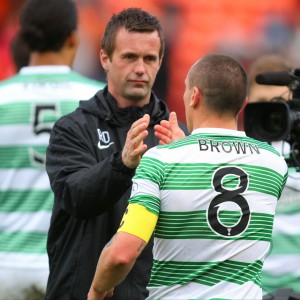 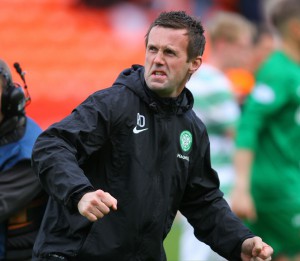 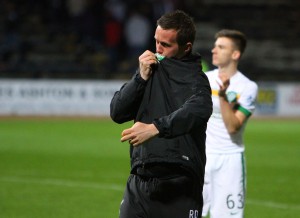 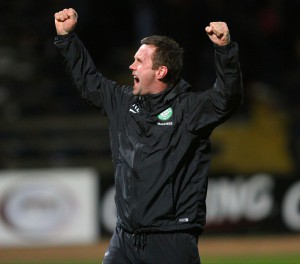 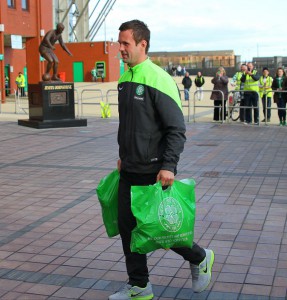 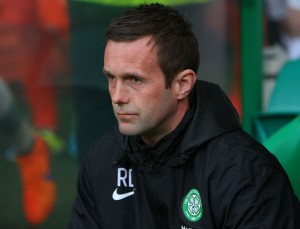 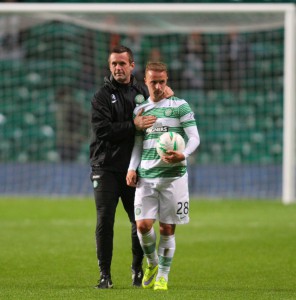 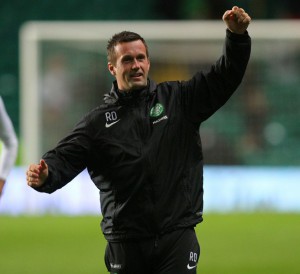 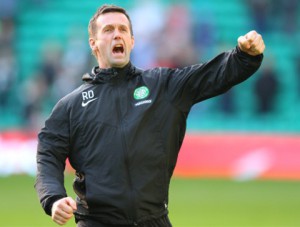 >>”Everyone was angry. That is why it is hard to get the Treble. Refs make mistakes, but this was hard to take.”
Ronny after the controversial 3-2 Scottish Cup semi-final extra-time defeat from Inverness Caley Thistle on 19th April. Referee Steve McLean missed a Josh Meekings handball on the line to deny the Hoops a penalty-kick and the chance to make it 2-0 at the interval. Craig Gordon was sent off at the start of the second-half.
“We needed tempo, aggression and forward runs and we got that in the second-half.”
Ronny after the 3-0 win over Dundee United at Tannadice on 26th April. The Hoops sit top of the league with 82 points from 34 games, eight ahead of Aberdeen.
“We just want to finish it, so, hopefully, we can celebrate tomorrow.”
Ronny after 5-0 win over Dundee at Parkhead on 1st May leaving the Parkhead side waiting for the result of Aberdeen’s visit to Tannadice where the Dons need to win against Dundee United.
“We have achieved a big thing and, hopefully, there will more and more.”
Ronny after United dumped the Dons 1-0. It’s Celtic’s fourth successive championship with three games still to play.
Click Here for Comments >
Share. Twitter Facebook Google+ Pinterest LinkedIn Tumblr Email
Previous ArticleMJALLBY ENVIES DEILA
Next Article DEILA & LAWWELL HUNGRY FOR MORE