Celtic Quick News on News Now
You are at:Home»Latest News»‘YOU CAN’T FORGET WHAT THIS TEAM HAVE DONE OVER NINE SEASONS,’ KENNY
By CQN Magazine on 14th February 2021 Latest News

JONJOE KENNY will make his fourth successive appearance for Celtic in the High Noon showdown with St Johnstone in Perth this afternoon.

The 23-year-old right-back has enjoyed a 100 per cent success rate since agreeing his loan switch from Everton with Premiership wins over Kilmarnock (4-0), Motherwell (2-1) and St Mirren (4-0).

Kenny has hit the ground running and made an immediate impression as he has taken over from £11.5million Jeremie Frimpong following his switch to Bundesliga outfit Bayer Leverkusen.

He has brought a bit of composure to the wing-back role and his measured final ball into the box is something the team has missed during a disappointing season.

The former England Under-21 international who is valued at £7million by the Goodison Park club acknowledges the campaign has not gone to plan for the champions in their quest for a historic tenth successive title. but he insists the club have had so many achievements of which they can be rightly proud. 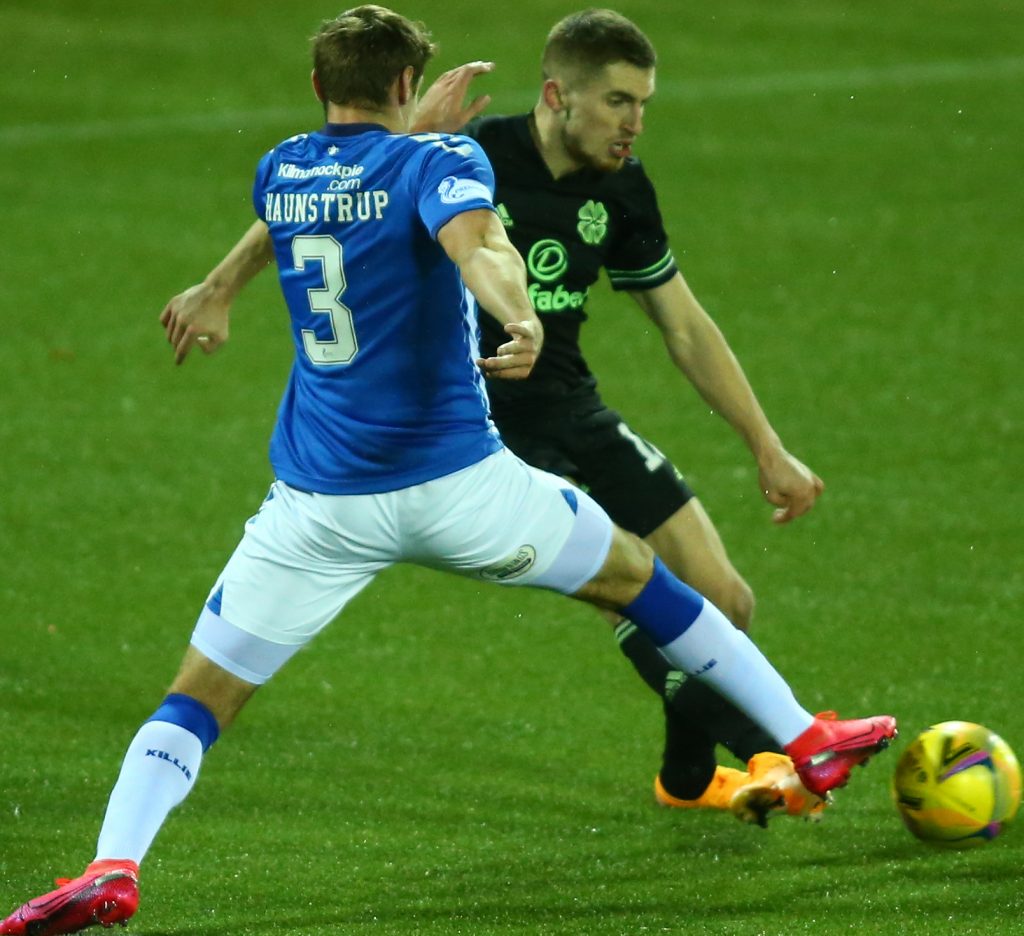 IN THE BLACK…Jonjoe Kenny in action against Kilmarnock.

“We want to finish on a little bit of a high and that’s all we can really do right now.

“You can’t forget what this team have done over nine seasons. They have won trophy after trophy and that’s the standard the club have set.

“A drop in form is only natural. Things like that are going to happen in life – not everything will be perfect.

“We can’t forget what the club and the players have achieved.

“Okay, everyone has had a little bit of a dip, but we can’t forget how much quality is in this team and how good they’ve been.” 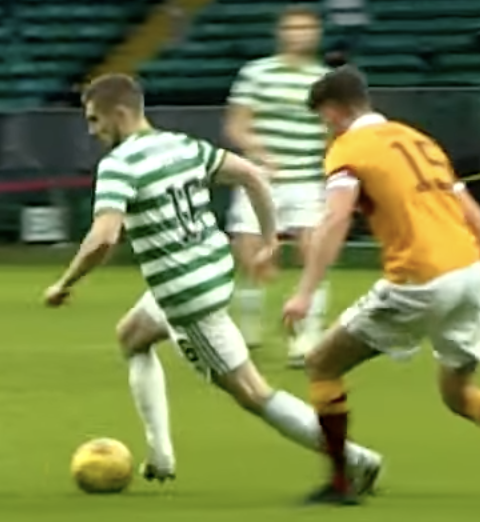 IN THE HOOPS…Jonjoe Kenny in action against Motherwell.

Kenny continued: “The atmosphere is really good. We’ve won three games and scored 10 goals so I think the confidence is getting better.

“It’s normal. It’s human that, when you have a little dip, confidence goes. I’ve been there before, it does happen.

“But that’s football. Not everything is going to be perfect all the time. It’s just understanding that you have to rebuild the confidence and don’t get ahead of yourself.

“You have to take it day by day, game by game — that’s how you build yourself back up.

“It’s just confidence. Once you get a win after a win, it always helps.

“I can only speak for when I have been here, but everyone at the club, from the physios, staff and chefs, have been brilliant. From what I’ve seen, the club have been outstanding and are always striving to be the best.”

The pacy flanker four Premier League appearances at Carlo Ancelotti’s club, but fell behind Mason Holgate and Seamus Coleman in the pecking order. 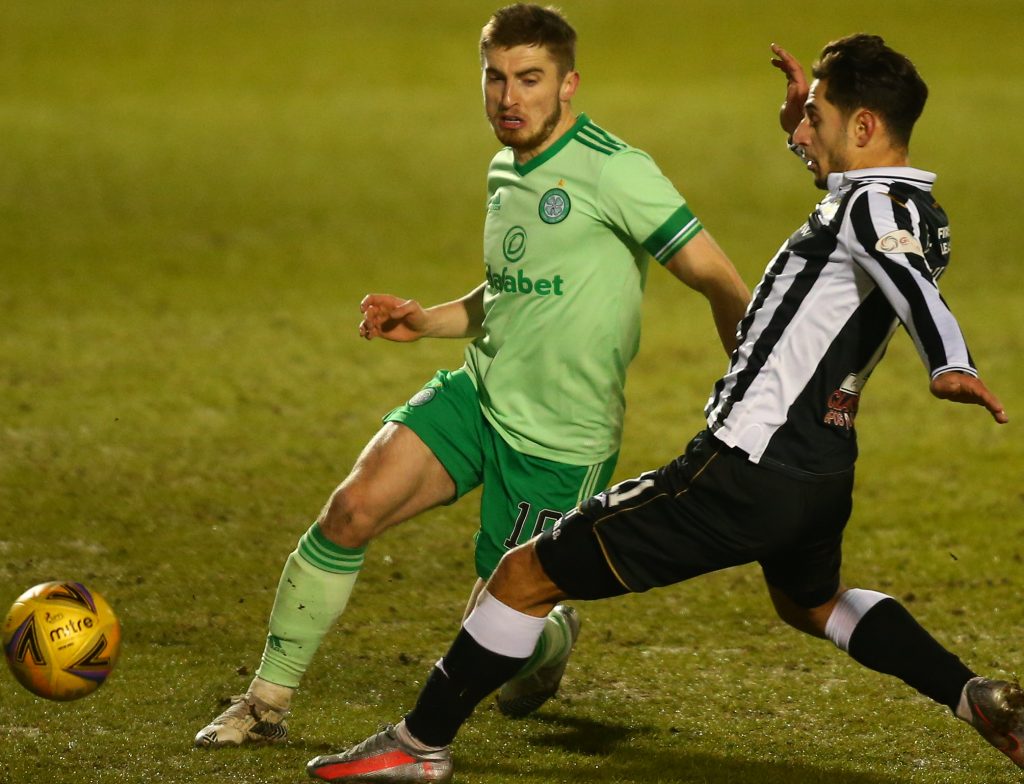 IN THE GREEN…Jonjoe Kenny in action against St Mirren.

Kenny commented: “Neil Lennon has been outstanding with me. He has had the belief in me and has given me a chance to go out and do what I’m good at.

“He’s given me that confidence to go out there without pressure and do the best I can. The gaffer has been great with me. I know personally what I can do.

“I had a couple of months at Everton where I wasn’t playing, but I know what I’m all about. I want to play football. That’s part and parcel of football, it’s up and down.

“You want to find the balance to stay in the middle and enjoy the ride, really. Hopefully, when you get game time, you take it and you perform.”

Kenny, who spent last season with Schalke and played 34 games for the top-flight German club, admitted he didn’t take much persuasion in agreeing a deal with the Parkhead men.

He added: “I don’t think you need to have conversation about joining Celtic Football Club.

“They are a massive club worldwide, so I don’t think that conversation is needed.”

* DON’T miss the unbeatable match report from St Johnstone v Celtic at noon today – only in your champion CQN.