Celtic Quick News on News Now
You are at:Home»Latest News»AJETI FIRES BACK IN WAR OF WORDS
By CQN Magazine on 6th October 2021 Latest News

ALBIAN AJETI has fired back at former Celtic treble winner Ramon Vega in an astonishing war of words.

The Hoops hitman, who is still struggling to make an impression with only nine goals since his £5million arrival from West Ham last summer, was on the receiving end of some savage criticism from the one-time Parkhead central defender.

Vega, 50, questioned Ajeti’s qualities after the forward was named in the Switzerland international squad for the forthcoming World Cup games against Northern Ireland and Lithuania. 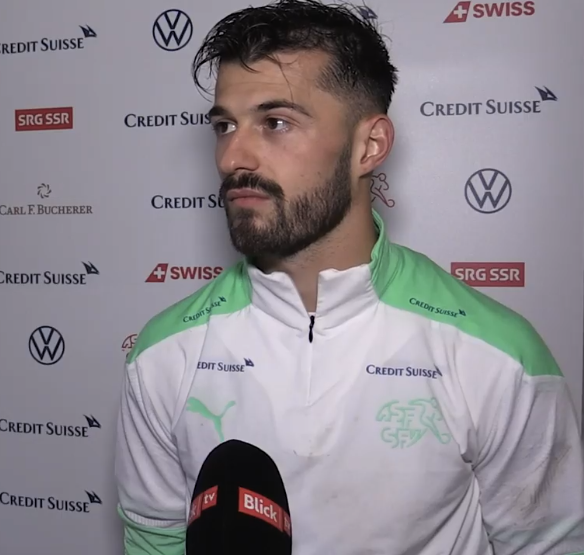 The ex-central defender, who spent a season on loan from Spurs at Parkhead in Martin O’Neill’s clean sweep debut campaign in 2000/01, said: “I am very surprised that Ajeti was called up and I really can’t understand it.

“He actually only plays at Celtic because the manager has no other options due to many injuries. And he wasn’t really convincing.

“I see little dynamism, little speed in him – I only see a few predatory qualities, which he does too seldom. I don’t know what he stands for as a striker.”

Ajeti, who has claimed three goals this term with a double against Ross County and one against Real Betis, retaliated by saying he had never heard of Vega who made 23 appearances for his country.

FLAT OUT…Albian Ajeti hits the turf after a miss in the 1-1 draw with Dundee United.

The big-money attack leader, speaking to Swiss publication Blick, said: “Ramon Vega? Who is that?

“That is his opinion, but he doesn’t choose the line-up, so I’m less interested.

“We have to deal with criticism. This is football. That’s part of it.

“I can live with it. Of course, things can always go better, but I fight and do my best.”