Celtic Quick News on News Now
You are at:Home»Latest News»TAYLOR IS QUIDS IN
By CQN Magazine on 6th October 2021 Latest News

GREG TAYLOR is poised to agree a long-term deal with Celtic.

The Scotland international left-back, who joined in a £2.25million switch from Kilmarnock on deadline day in September 2019, is also set for a wage hike as he commits his future the Hoops.

Taylor will join Callum McGregor in extending his stay at the club after the 28-year-old captain penned a five-year extension, as CQN reported last month. 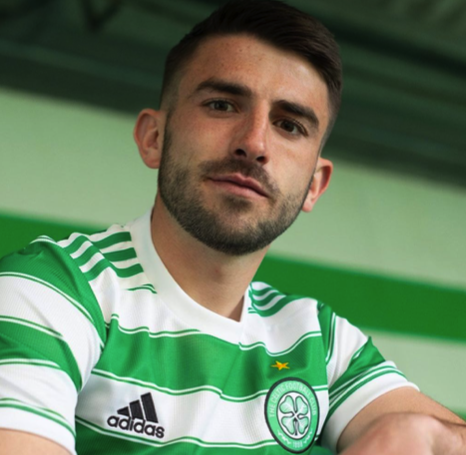 Boss Ange Postecoglou is eager for his first-team squad to settle contract issues as quickly as possible and Taylor, who had been an ever-present until sustaining a shoulder injury against AZ Alkmaar in August, is expected to sign within the next week, according to a report in the Daily Record.

The reliable 23-year-old defender is in discussions over a potential two or three-year extension to his current deal which is due to expire in 2023.

Postecoglou has struggled to fill the No.3 position in his absence and was forced to play right-sided Josip Juranovic in a couple of games before the Croatian international was sidelined with a hamstring problem.

Adam Montgomery has stepped up and played in the 2-1 weekend win over Aberdeen at Pittodrie where Filipe Jota rattled in the winner after good service from the teenager.

Liam Scales, the £600,000 arrival from Shamrock Rovers in the summer, is also waiting in the wings for his first start.