SHELL-SHOCKED Andy Robertson insisted the Scotland fans were entitled to jeer the team off the Aviva pitch after their embarrassing 3-0 flop to the Republic of Ireland.

Steve Clarke’s side were humiliated in Dublin as they nosedived to a UEFA Nations League loss to a country that last won a competitive home game THREE years ago – against Gibraltar.

The Irish kicked off this campaign with back-to-back losses, but swept aside Steve Clarke’s dithering line-up with first-half goals from Alan Browne and Troy Parrot while Michael Obafemi added a third shortly after the turnaround.

It would have been even worse if Grant Hanley had not managed an acrobatic goal-line clearance to keep out an angled effort from Scott Hogan that left Craig Gordon rooted to his near post. 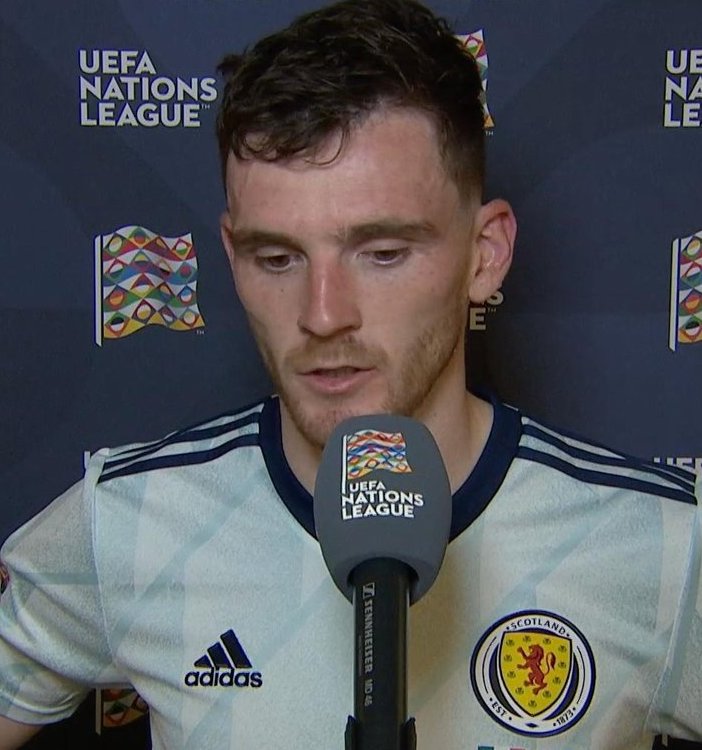 Robertson and his stricken colleagues were outmuscled and out-thought by their opponents as they attempted to overcome the disappointment of the 3-1 World Cup exit to Ukraine at Hampden at the start of the month.

They went into last night’s confrontation following a 2-0 home win over Armenia, whom they face in Yerevan on Tuesday, and they hoped to add three more points in their Euro qualification bid.

The international skipper said: “It was nowhere near good enough. We’ve now said that twice in the space of 10 days which isn’t us.

“We’ve let the manager down which is so disappointing for us. He set us up in a way and we didn’t carry that out.

“Nobody played above par and that’s not good enough. Some words were said in the changing room, but we’re all together – managers, coaches and players.

“But some things have to be said and we hit the reset button and go on another good run. It can’t be one good performance, one bad. We need to get back to doing the basics right.”

HELPLESS…Craig Gordon has no chance as Troy Parrott heads in the Republic of Ireland’s second goal with skipper Andy Robertson looking on.

The Liverpool left-back, speaking to Premier Sports, continued: “The fans behind the goal booed us off and that was completely correct.

“The fans travel a long way and pay a lot of money and that performance was nowhere near good enough in a Scotland jersey.

”Coming here we knew they were under pressure after two defeats. They were probably getting questioned and we had to weather the storm at the start and we didn’t.

“We knew in the team meetings they would try and get off to a good start and we had to try and prevent that.

“We knew if we done that then their crowd would get on them, but we did the complete opposite – gave them easy corners, let them win big tackles – which got the crowd up and that set the tone for the game.”

Robertson added: “Every one of us lost our individual battles which can’t happen in these type of games. Second balls went to them and they were winning the tackles and had the chances.

“And when it goes like that then the result is only going to go one way.

“We need to assess as a team and individually and hit the reset button because everything was good last year, but this year the performances haven’t been up to scratch as of yet.”

Anthony Ralston and Callum McGregor played every excruciating minute of the 90-plus in Dublin, but even sound performances from the Celtic pair could not lift the nation.