RONNY DELIA is poised to miss out on an Old Bhoys’ Reunion at Celtic next month.

The former Hoops boss, who had a two-year stint at the club after taking over from Neil Lennon in the summer of 2014, is on the brink of being named as gaffer of Belgian outfit Standard Liege.

Deila will leave New York City after leading them to to their first-ever MLS Cup win in December.

The Norwegian was on Blackburn Rovers’ wanted list as they sought a replacement for another one-time Parkhead chief Tony Mowbray, who left the Ewood Park team at the end of the season, as CQN predicted early last month. 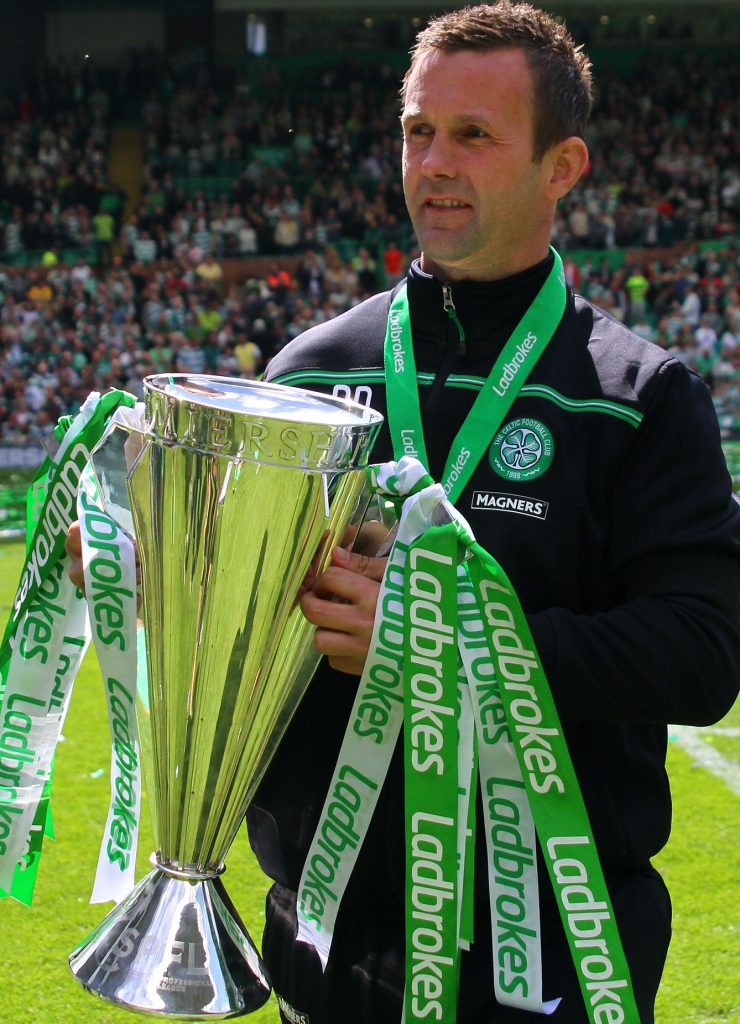 THE LAST HURRAH…Ronny Deila holds the Premiership title for the second and final time as Celtic manager in May 2016.

The Championship side are scheduled to face Celtic in Glasgow on Saturday July 16 which could have seen Deila return to a dug-out in the east end of Glasgow for the first time since he had his last hurrah in the 7-0 win over Motherwell when the curtain came down on his two-year spell on May 15 2016.

However, it looks as though the most likely destination for the 46-year-old coach will be Standard Liege – and he will take ex-Hoops’ Mexican international midfielder Efrain Juarez, a £2million purchase by Neil Lennon in 2010, as his No.2, according to the Daily Record.

The one-time Belgian giants have just endured a miserable season where they finished 14th and just beat the embarrassment of relegation.

But they have pledged a complete rehaul of the playing squad in a bid to challenge for the title in the new campaign.

And Deila is expected to take charge in time for their return to pre-season training at the start of next week.