Celtic Quick News on News Now
You are at:Home»Latest News»PUKKI BACK AT CELTIC, MOWBRAY MISSES OUT
By CQN Magazine on 5th May 2022 Latest News

TEEMU PUKKI is on his way back to Celtic, but it looks as though Tony Mowbray will miss out on an old Bhoys’ reunion.

The Finland international striker, who failed to impress at Parkhead after Neil Lennon paid £2.25million to sign him from Bundesliga outfit Schalke 04 in 2013, will return with his newly-relegated Norwich City team-mates for a pre-season friendly on Saturday July 23.

Pukki scored only seven league goals in his two years at the Hoops before moving to Danish outfit Brondby. 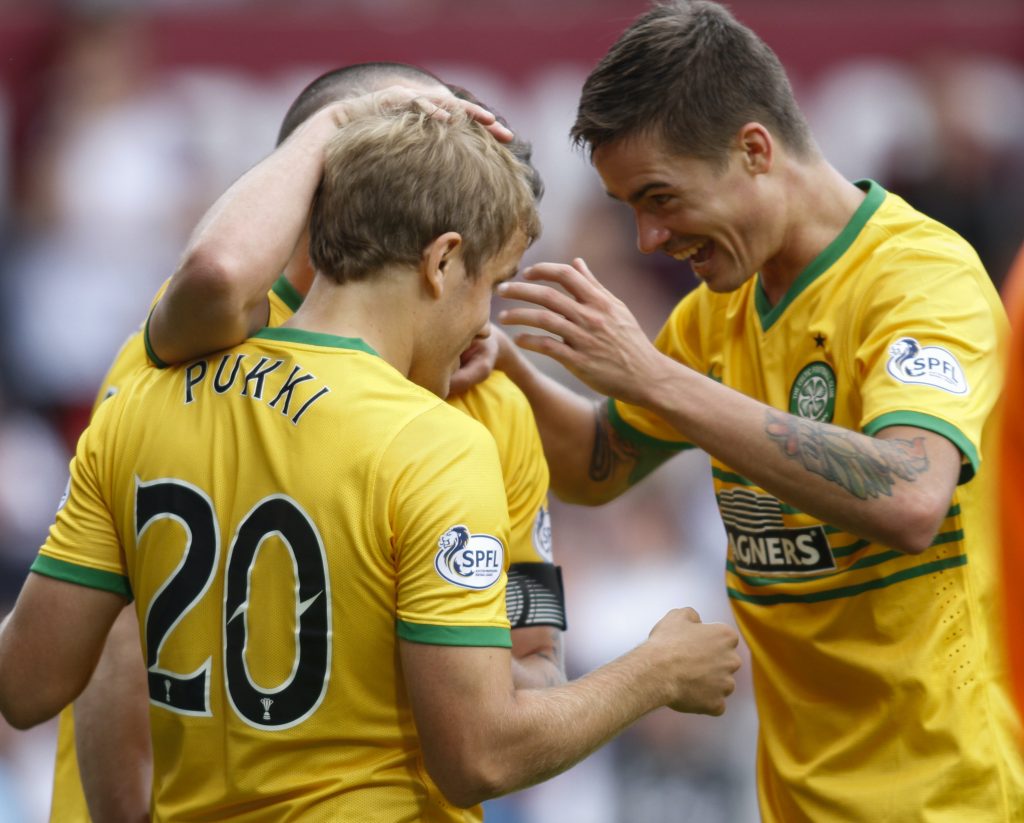 FLASHBACK…Teemu Pukki is congratulated by Scott Brown (half hidden) and Mikael Lustig after scoring on his debut in a win over Hearts at Tynecastle on September 14 2013.

Former Hoops boss Tony Mowbray, who lasted only 10 months in the job before being sacked after a 4-0 loss to St Mirren in Paisley in March 2010, has been manager at Ewood Park for the past five years.

However, CQN has learned this afternoon that the Englishman, who was originally brought to Glasgow by Liam Brady as a no-nonsense centre-half from Middlesbrough in a £1million swoop in 1991, is likely to be on his way from Rovers after their final league game of the season against Birmingham City at St Andrews on Saturday.

The Lancashire outfit are currently ninth in the division, 24 points off the pace behind champions Fulham. It looks as though Mowbray will be on the look-out for a new club in the summer.

The Hoops will prepare at the Austrian training camp they utilised in their 2019 pre-season preparations before they went on to complete the phenomenal quadruple treble.

Celtic will travel for the 10-day camp in the first week of July, playing a number of matches with the club to release further details through their website.