The 18-year-old attacker is determined to join his best pal Kieran Tierney in the Hoops’ squad, but has been told he will have to be patient.
Deila said: “Aiden is a talented player and has trained a lot with the first team. 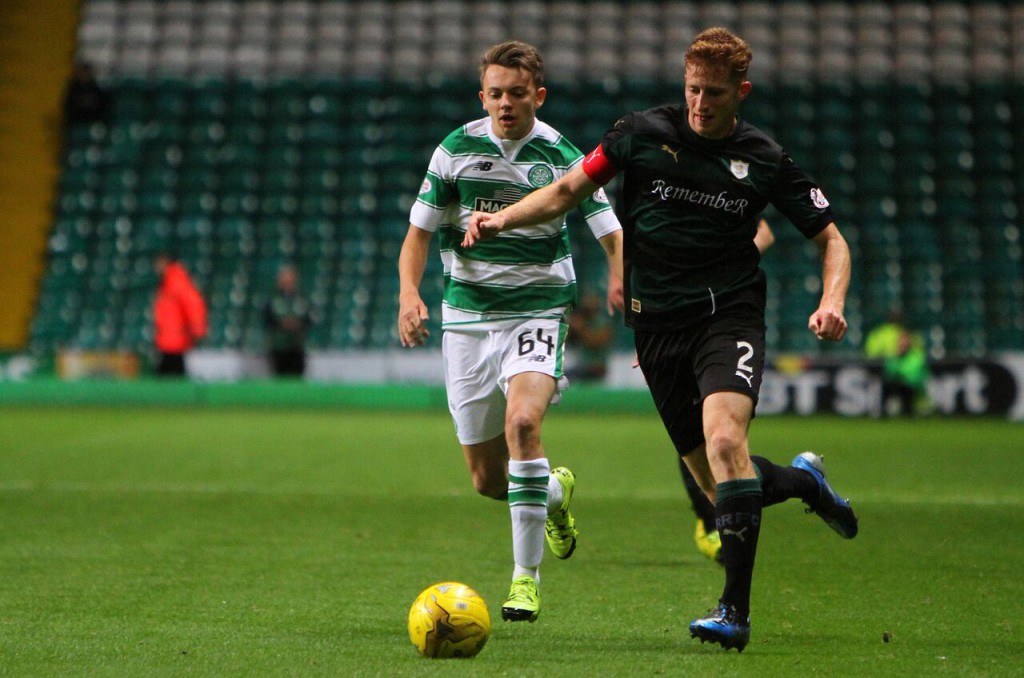 “He has performed in a lot of games in Europe for the national team and Celtic Under-19s and 20s, so he’s played almost TOO many games this autumn.

“Aiden has already had his debut and we will see more of him. It’s hard for me to say if it’s going to be three weeks or three months or one year, but if he keeps developing like he has then he’s going to be really close.

“He is best friends with Kieran Tierney, so they have some of the same attitude. They’re very hungry and have an unbelievable appetite for learning. And, of course, they have talent.

“If they keep working hard, want to learn and sacrifice everything, they can be really good.

”Aiden is very creative, like Kris Commons, Tom Rogic and Scott Allan. He’s the type who can beat people. He can play people through and is very good at scanning and looking forward.

“He has still not developed physically yet and if he can do that, as well, he has genuine potential.”

Nesbitt made a brief appearance in the 2-0 League Cup win over Raith Rovers at Parkhead on September 23.
———————–
There’s still time to shop online at www.CQNBookstore.com – orders over the weekend will be posted FIRST CLASS on Monday for you to receive on Tuesday.
Order The Winds of Change and receive a FREE copy of the Total Larsson DVD.
We also have copies of Celtic’s Smiler, the Neilly Mochan book and DVD. Makes a great combination gift and this is the hardest book to get a hold of ever! It won’t be in the shops until 2016.