Celtic Quick News on News Now
You are at:Home»Football Matters»BIRTHDAY BHOY RONNY’S EARLY GIFT
By CQN Magazine on 21st September 2015 Football Matters
THE Celtic strike-force – plus the wonderful Emilio Izaguirre! – gave Ronny Deila, who turns 40 today, an early birthday present yesterday.
Honduran Izaguirre had the Norwegian smiling – despite a hilarious penalty-kick miss in the 6-0 rout of Dundee at Parkhead.
Deila saw Leigh Griffiths claim his 10th goal of the season while Tom Rogic, Scott Brown and Nadir Ciftci – with his first for the club – also netted to add to the two scored by Izaguirre after the interval. 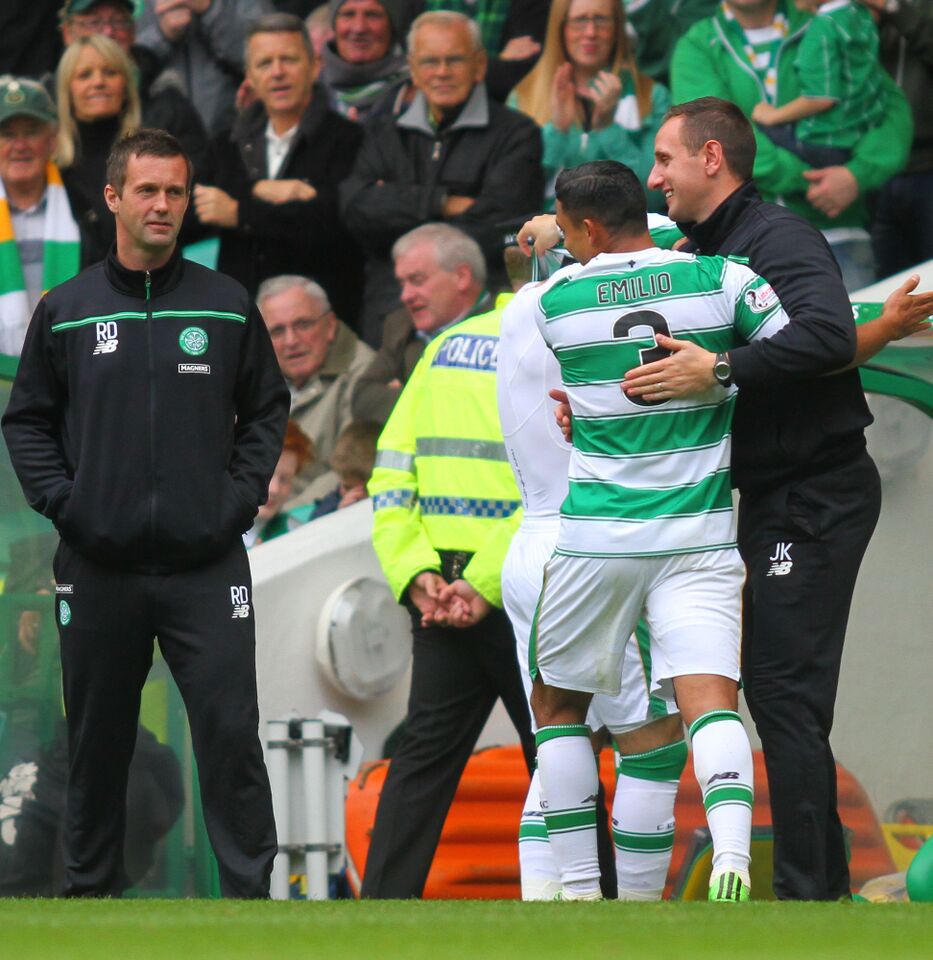 The left-back was handed the perfect opportunity to seal a memorable hat-trick when the SPFL champions were awarded a penalty-kick in the 65th minute. Unfortunately, the defender blazed the ball wildly over the crossbar from 12 yards.
Hoops gaffer Deila laughed: “I haven’t seen many worse penalties in my life.
“There was too much pressure, he had to wait a few seconds and I think he was thinking too much.

“We could have scored much more and that is a good thing when you win 6-0.”

Deila was pleased with Ciftci’s breakthrough strike and added: “It has taken some time, but he was out for some time through suspension and that made it hard for him.

“We know what kind of qualities he has, he worked really hard against Dundee and he got rewarded with a goal.

“Hopefully, this is the first of many. We know he has a lot to give to the team.”

The Hoops remain five points behind leaders Aberdeen, who won 3-1 at Hearts, but Deila is relaxed with only eight games played.

He added: “It is too early to talk about the league, but you have to put in good performance and win games. In the end we will see who is the better team.”