TOMMY McINTYRE hailed his young Celts as they defeated their Ibrox counterparts 3-2 to lift the Glasgow Cup at Parkhead last night.

The Under-20s coach saw his talented collection of kids claim the silverware with a superb effort from central defender Robbie Deas in stoppage time with the encounter heading for extra-time.

It was a fabulous finish from the back-four operator after he pulled down Ewan Henderson’s well-flighted free-kick from the left and rifled a stunning right-foot drive into the top corner of the net with keeper Kieran Wright helpless. 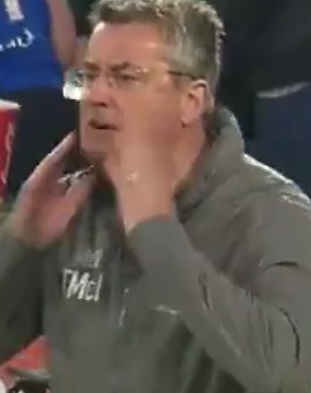 IN WITH A SHOUT…Tommy McIntyre roars on the youngsters.

It remained that way until Deas’ timely intervention to sweep in a sensational winner.

A beaming McIntyre, speaking to the Evening Times, said: “I think it was a great advert for our young players and I thought the boys were magnificent.

“Rangers were always going to have a spell and it was a great goal for their equaliser.

PRIZE GUYS…the Celtic youngsters with the trophy after a dramatic climax to an enthralling Glasgow Cup Final.

“At 2-1, we missed a chance on the counter, but our game plan was spot on.

“What a goal it was from Robbie to win a Cup Final. Considering he is left footed, as well, it made it even sweeter.

“We had a lot of youth internationals on show. We had Barry Coffey, Cameron Harper, Karamoko Dembele and Armstrong Oko-Flex who will all benefit from an experience like this.

“Jack Aitchison and Mikey Johnston were outstanding. You could see the maturity from Jack and he caused Rangers problems.”