QUIETLY and effectively, Shane Duffy went about his job in central defence yesterday as Celtic kept their first clean sheet in five games.

While the Republic of Ireland international skipper and his backline mates shut out Aberdeen at Hampden, Ryan Christie and Mohamed Elyounoussi collected the goals that booked a Scottish Cup Final date against Hearts on December 20.

Duffy has been in the spotlight as the Hoops shipped 10 goals in four matches with the last shut-out coming against St Johnstone in Perth on October 4 when Leigh Griffiths and Patryk Klimala scored the goals that gave the team a 2-0 victory.

The on-loan Brighton stopper put in a courageous display as the Dons were vanquished and the Hoops edged within 90 minutes of an incredible quadruple treble.

Duffy and Nir Bitton were the makeshift pairing in the heart of the rearguard with both Christopher Jullien and Kristoffer Ajer sidelined through injury. Such was their domination, Scott Bain was rarely called into action.

The Irishman received a well-earned accolade from skipper Scott Brown afterwards as he told the Daily Record: “He was brilliant, just exceptional, with the ball, with his defending and keeping a good line for us. He talked throughout the game.

“We all know he can do it. He keeps doing it week in, week out for us. Listen, there’s always going to be criticism, people always want to have a go at us. 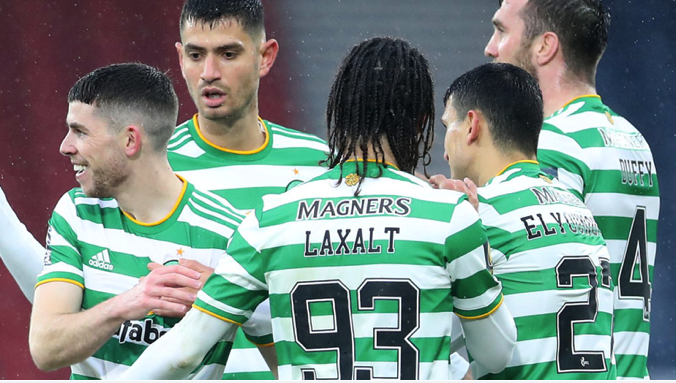 “It doesn’t matter who it comes from. We just batter away. We just worry about ourselves and everyone in that dressing room.

“That’s why we’re strong, that’s why we keep doing this. That’s what our long Cup successes have been all about and we want more.

“For us, in that dressing room, it’s about working hard for each other. We believe in each other.

“Nir Bitton’s not long back and Hatem Abd Elhamed has just returned, too, so it’s great for us. They are all coming back at the right time.”

Brown realises the next six weeks or so will see continual references to the Scottish Cup Final before Christmas and the opportunity for the team to make sensational history with a twelfth successive domestic honour, but he stressed they will turn their attention to that only when it is the next game.

He added: “There are a lot of games in between which we need to take care of. It’s fantastic we’re in another Cup Final and it’s against Hearts, also.

“They were our last Cup Final opponents. It was an extremely hard game and we know once more they’re going to be well organised with Robbie Neilson.

“Yet again we’ve come to Hampden and put in another big performance and we need to make sure we produce another one in the Final.”

Celtic face Sparta Prague in Glasgow in their Europa League Group H encounter on Thursday before the Premiership outing against Motherwell at Fir Park on Sunday.

Hibs are next up on Saturday November 21 after the international break and then there is the return trip to Prague the following Thursday.

There are fixtures with AC Milan, St Johnstone, Lille and Kilmarnock scheduled before the Scottish Cup Final rolls around.