Celtic Quick News on News Now
You are at:Home»Latest News»‘BRILLIANT,’ SAYS ANGE AS HE VIEWS ‘MASSIVE MOTIVATOR’
By CQN Magazine on 14th May 2022 Latest News

ANGE POSTECOGLOU insists competing in the Champions League was “a massive motivator” as Celtic chased the title.

The curtain came down on an extraordinary campaign with a 6-0 romp against Motherwell in a sold-out Parkhead as the Hoops claimed their tenth title in 11 years.

The Greek-Australian took over a team that had finished 25 points adrift after a disastrous term and fashioned into a relentless machine that ended four points ahead of their nearest challengers.

Postecoglou was under mounting pressure when he saw his side crash in three of their first six Premiership fixtures, but the defeat against Livingston in West Lothian on September 19 was their last reverse as they powered through their remaining 32 league fixtures without loss. 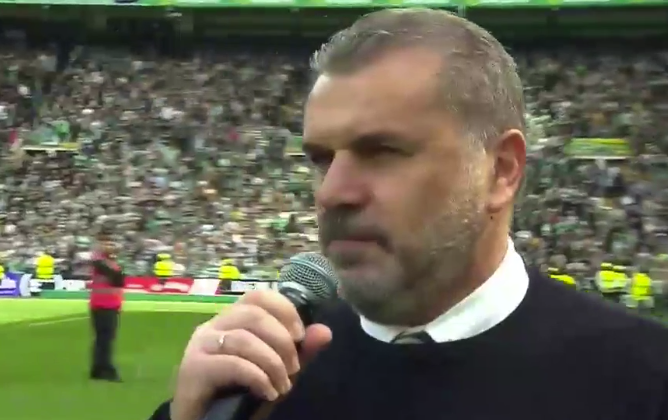 The charismatic 56-year-old gaffer looked around a bouncing Parkhead following the six-goal victory over Well – with Kyogo Furuhashi (2), Giorgos Giakoumakis (2), David Turnbull and Filipe Jota on target – and vowed to be ready to take on Europe’s elite.

Postecoglou said: “It is brilliant. There were plenty of motivations to win the title this year, not least that we obviously didn’t win it last year.

“Knowing potentially that the extra carrot was there was a massive motivator.

“I felt it was a great way for us to accelerate our growth as a football club with us being involved at that level and getting exposed to that level- our players, our team, our football club, that is the level we want to be at every year.”

Postecoglou, speaking to Sky Sports News, added: “We all know the qualifying process is not straightforward. 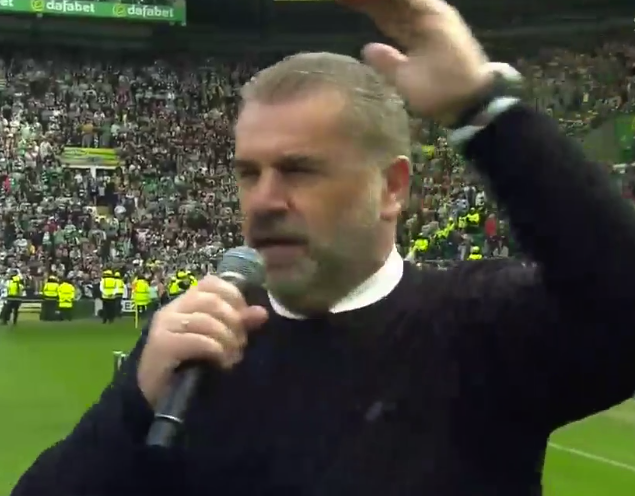 HANDS UP IF YOU’RE HAPPY…Ange Postecoglou after the romp against Motherwell.

“So all those kinds of things, we can now work with a lot more certainty this off-season and give the players a break, have a really good pre-season and identify the players we want knowing we are going to be playing in the Champions League.

“It is going to be exciting. Celtic Park, Champions League, brilliant.”

Tom Rogic and Nir Bitton bade emotional farewells in front of the fans in an emotional afternoon.

The hard work in replacing two club stalwarts in time for the £40million group stages is now being undertaken by Postecoglou.