Celtic Quick News on News Now
You are at:Home»Latest News»ANGE IDENTIFIES AREA THAT NEEDS STRENGTHENING
By CQN Magazine on 15th May 2022 Latest News

ANGE POSTECOGLOU has already made plans to plunge into the transfer market for the third time as Celtic manager.

The Hoops boss oversaw TWELVE deals in the summer as he rebuilt his squad following his June arrival as Neil Lennon’s long-term successor.

In January, he added five more – including the Japanese trio of Reo Hatate, Daizen Maeda and Yosuke Ideguchi – and now he has identified one area in his player pool that needs to be strengthened urgently.

Postecoglou aims to add another midfield player to the engine room of his team with Tom Rogic and Nir Bitton both playing their last games for the club in the 6-0 Flag Day triumph over Motherwell at a rocking Parkhead yesterday. 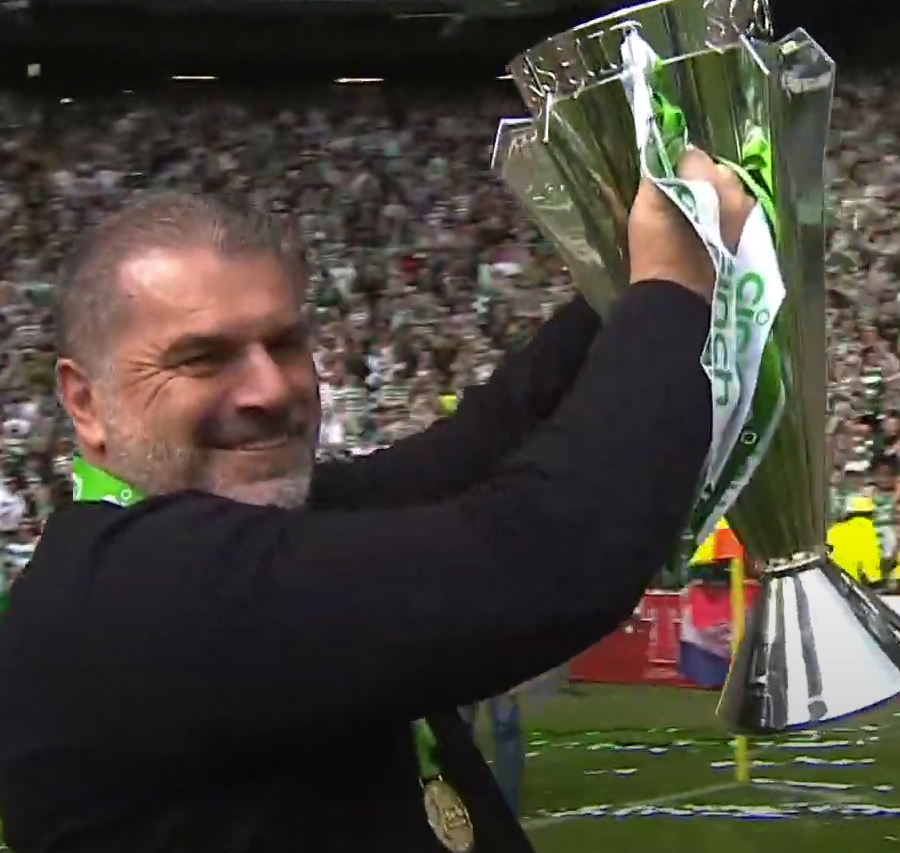 The 56-year-old Greek-Australian gaffer has been more than satisfied with the impact of Hatate and Matt O’Riley, who joined at the turn of the year and played their part in the team’s tenth title success in 11 years.

Japanese international anchorman Ideguchi, injured in his first start after a brutal challenge in the Scottish Cup-tie at Alloa, will be given more game time in the new campaign while David Turnbull, out for a chunk of the year following his hamstring injury in the 2-1 League Cup win over Hibs six days before Christmas, and James McCarthy, rarely seen since joining on the same day as Joe Hart, have roles to play next time out.

But Postecoglou is on the look-out for fresh talent in this department and the Parkhead gaffer admitted: “People will eventually figure out that I’m always trying to think a step ahead. 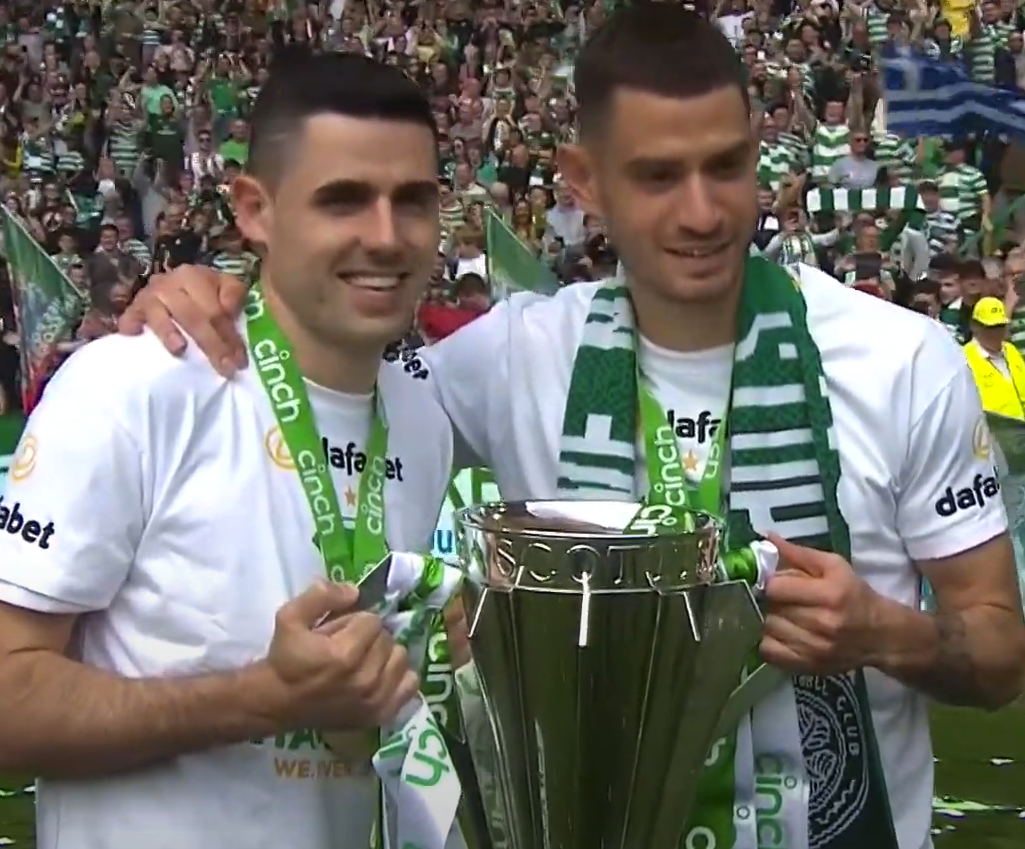 FAREWELL TO PARADISE…Tom Rogic and Nir Bitton go out as champions.

“The reason we brought in three midfielders in January was because I knew the likely outcome at the end of the season.

“We wanted to be a step ahead in planning for these things [Bitton and Rogic going] so we’re not scrambling at the last minute.

“It’s about the future and that’s an area of the park we had to bolster. We still need to sign another midfielder, but having signed the boys in January, it means they’re already bedded into our club. It gives us a head start.

“What we’ll look to do in the summer window is make sure the squad are stronger, more robust and increase the quality of our starting players.

“We won’t bring in as many, obviously, it’ll be more targeted.”

The Hoops will go straight into the £40million group stages of the Champions League and the manager is eager for his players to show what they can do on this stage.

Postecoglou, speaking to the Sunday Mail, added: “People focus on the financial rewards, but, as important for me, we can put a pre-season programme in with certainty.

“There’s a whole range of benefits.

“It’s a great opportunity to accelerate our rebuilding of this team.”