Brown clocked up his SEVENTEENTH triumph over the Dons – 10 ahead of boss Brendan Rodgers who has claimed a mere seven in his two-and-a-half years at Parkhead. 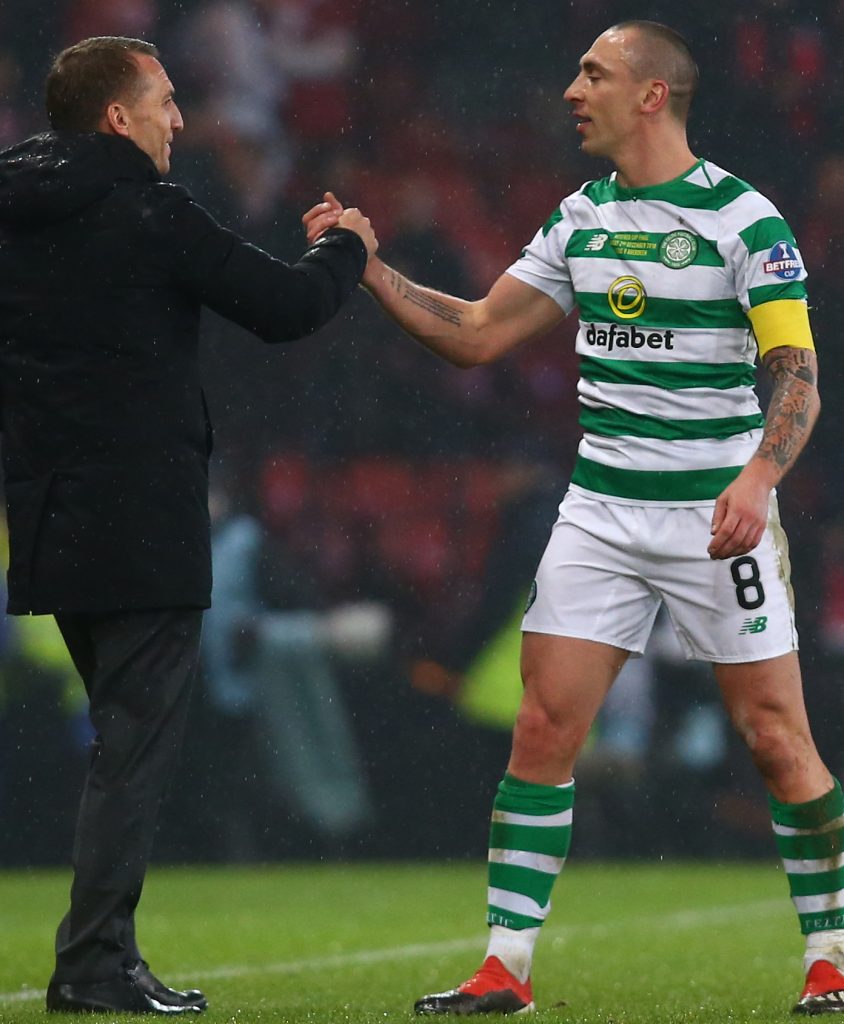 The club captain, who cost £4.4million when ex-gaffer Gordon Strachan signed him from Hibs in the summer of 2007, is now in ninth place in the all-time list of the club’s most successful players and managers.

Lennon’s trophy parade consisted of 11 as a player and five as team boss.

James Forrest, at 27, six years younger than Brown, isn’t far behind his former Scotland team-mate who retired from international football earlier this year after making 55 appearances for his country.

The winger collected his 15th medal after yesterday’s game where he was hoping to score in his fourth Betfred L:eague Cup Final in a row after netting in previous triumphs over Dundee United (2-0), the Dons (3-0) and Motherwell (2-0). 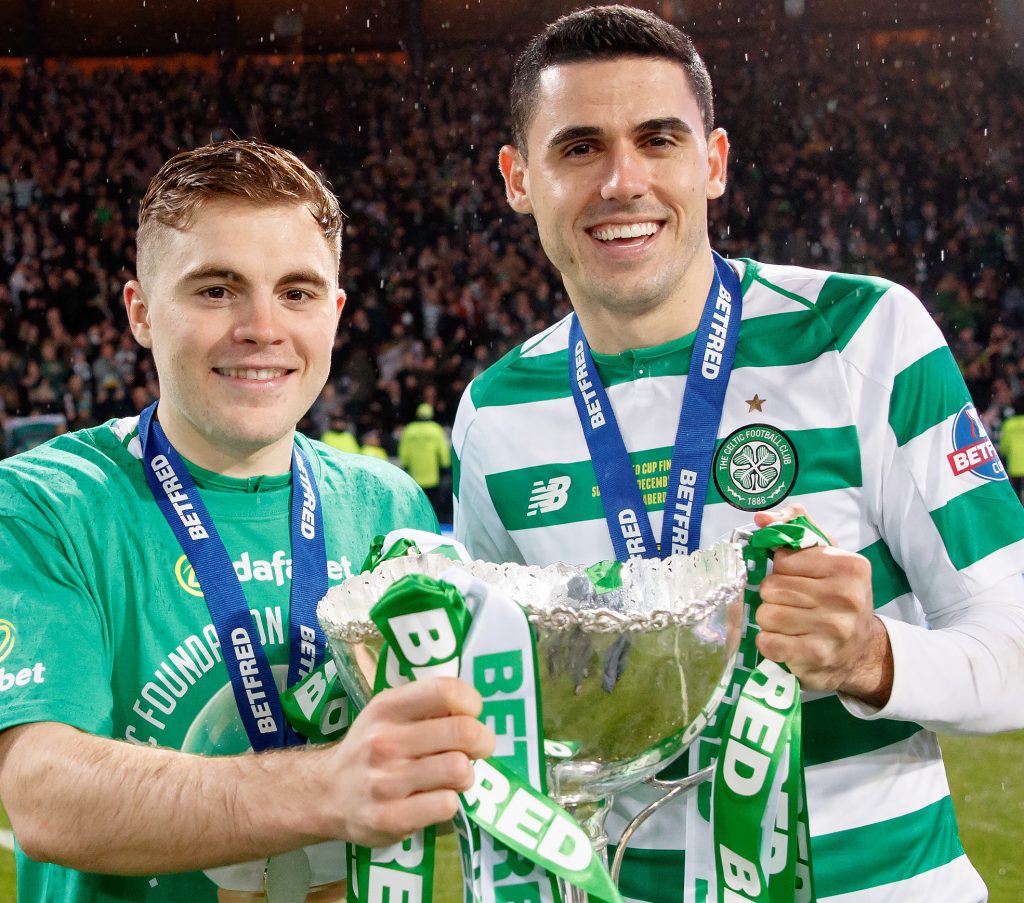 FIFTEEN AND COUNTING…James Forrest, who added to his medal collection, holds the silverware along with Tom Rogic. Pics: Geo.

Brown is just one behind Bobby Murdoch, Alec McNair and Jimmy McMenemy.

The list is headed by Willie Maley with a remarkable THIRTY-FOUR trophies.

Lisbon Lion Jim Craig and Jim Young are also on the 15-medal mark alongside Forrest.