CALLUM McGREGOR has saluted his Celtic team-mate Kieran Tierney – and called him a FREAK!

The Hoops midfielder can’t believe how the Scotland international left-back turns it on so consistently week in, week out. 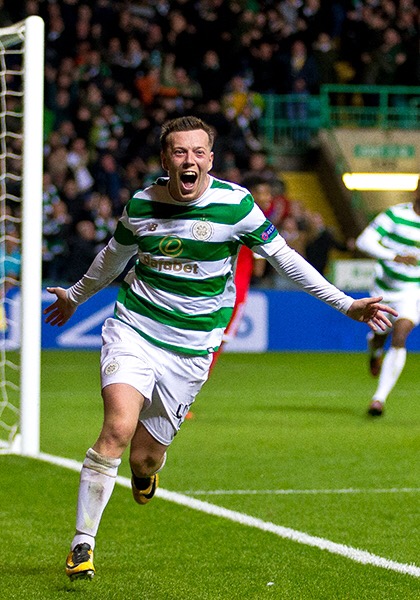 Tierney is close to 100 appearances for the club he supports while standing in as captain a few times this season. At the age of 20, he has just agreed a new six-year deal and admitted it he wished it was longer.

Pal McGregor said: “I remember him coming through because I’ve been through that first 25 games then you hit the dip and you have to build yourself back up again.

“I was saying to him at the start that you’ll be playing and everyone will love you then you might hit that 25 or 30-game mark and you dip but, just make certain you’re sure of yourself because that’s where you need the confidence to come back.

“I think he’s played 97 games and he’s not had a bad a game yet. It’s unbelievable

“I keep saying to him: ‘You’re a freak!’ and he’s just defying all the odds, he’s at it every week.

“I don’t think we’ve seen a player like that for many, many years. Especially at Celtic, as well.

“We’ve had a lot of good left-backs, but KT is blowing everyone out of the water and every time he puts on that jersey he is giving you a 9 out of 10 and it’s incredible.”