RONALD KOEMAN has admitted he had genuine concerns before splashing £13million to take Virgil van Dijk from Celtic, despite the huge success Southampton had enjoyed in previous transfer dealing with the Scottish Champions.

The Southampton boss made his move in the summer, but expressed a worry because his fellow-Dutchman played in Scotland. 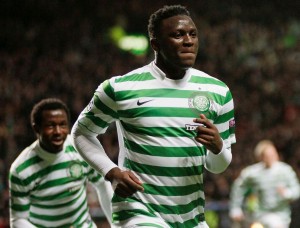 Southampton had previously signed midfield power-house Victor Wanyama and England’s best goalkeeper Fraser Forster from Celtic. Both players have at least doubled their market value, with Wanyama rumoured to be heading to a bigger English club in the summer with £25m being the suggested price tag.

Cautious Koeman, though, was convinced to push through the big-money deal  for Virgil van Dijk after the classy 24-year-old centre-half performed well in Europe.

He revealed: “My only worry with Virgil was that we signed him from Celtic in the Scottish league.

“It’s different from the Premier League. 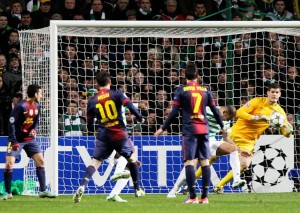 “Of course, it makes it a little more tricky, but he had experience of playing against Barcelona in the Champions League, so, in the end, there was no doubt about it.”

If the Dutch manager believes that Van Dijk starred for Celtic in the historic 2-1 victory over Barcelona in the Champions League he has probably signed the wrong player! Celtic’s central defence that day consisted of Kelvin Wilson and Efe Ambrose, although both Forster and goal scorer Wanyama did impress in that match.

Van Dijk played against Barcelona in two defeats the following season, a 1-0 loss at Celtic Park after Scott Brown had been sent off and a 6-1 thrashing in the away match.

Virgil moved to St Mary’s on transfer deadline day in September and has been a stand-out performer alongside the two other ex-Celts, Forster and Wanyama, in the club’s impressive campaign so far. The three provide Foeman with the back-bone of his side.

The Dutch international defender was an ever-present in the run of seven successive top-flight clean sheets earlier this year and has helped his side record the joint-third best defensive record alongside Arsenal and Watford and just behind Spurs and Manchester United.

Koeman insisted the ball-playing back-four operator in a key component as the club battle to qualify for Europe.

The former Barcelona Champions League winner added: “He is strong, he’s fast and he’s important in the way we like to build up from the back.

“He is good at short passing, he has a good long pass and he has got a good partnership with Jose Fonte and last Saturday he was good in tandem with Ryan Bertrand.

“Virgil is also a good header of the ball, has a good shot and is a good free-kick taker. He’s a very good centre-back.”

Van Dijk rescued a point for Southampton last weekend scoring an excellent goal with the last kick of the ball against Sunderland.

So while all’s well that ends well for the Southampton manager, you wonder of he was confusing Efe’s heroics against Barcelona as a reason to sign Van Dijk?