ONE-TIME Scotland international Stephen Kingsley has been linked with a move to Celtic.

The Hull City left-back, 25, could depart the Championship outfit on a permanent or loan basis and Neil Lennon is looking for cover in the No.3 position.

Arsenal will have to put up or shut up in the long-running transfer saga involving Kieran Tierney and they know they will have to upgrade their £25million offer before Thursday’s Premier League deadline at 5pm if Unai Emery is to get his man.

The Hoops boss has already brought in Boli Bolingoli in a £3million switch from Rapid Vienna, but he still needs reinforcements with Emilio Izaguirre leaving Parkhead at the end of his contract in the summer. 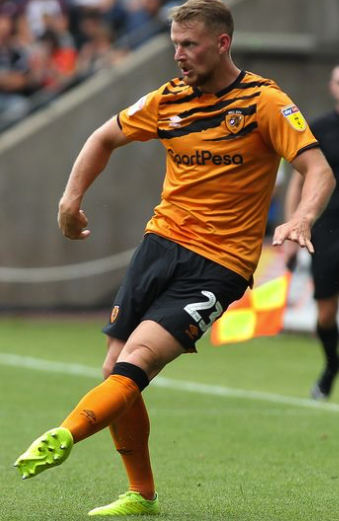 BY THE LEFT…Stephen Kingsley is on the Hoops radar.

Stirling-born Kingsley, who started his career at Falkirk, joined Hull in a £2.5million deal from Swansea in August 2017. His progress has been hindered by injuries and has failed to hold down a permanent first-team slot.

The defender, who has also had loan spells at Yeovil and Crewe since leaving Scotland in 2014, is likely to be available at the same valuation as his fee two years ago.

Kinglsey, who won his solitary Scots cap as a substitute in a 3-0 loss to France in June 2016, is not a noted goalscorer – he has netted twice in his career, both for Falkirk.