REJUVENATED Anthony Ralston has agreed a new deal which will keep him at Celtic until the summer of 2025 at least.

The right-back looked to be on the way out in the summer until the Hoops triggered his 12-month extension option.

And Ralston, who has been at the club since joining the youth academy as an eight year old, has repaid manager Ange Postecoglou with a series of consistent performances while scoring four goals and being tipped by many to make the Scotland international breakthrough.

The 22-year-old attacking full-back, speaking to Celtic TV, said: “It feels amazing to see that my hard work has paid off to be offered a new deal.

“I’ve been here as a young boy and it’s always been my dream to play for Celtic.

“I was coming to the end of my contract last season and it was down to me to take my opportunity to be able to stay at the club. 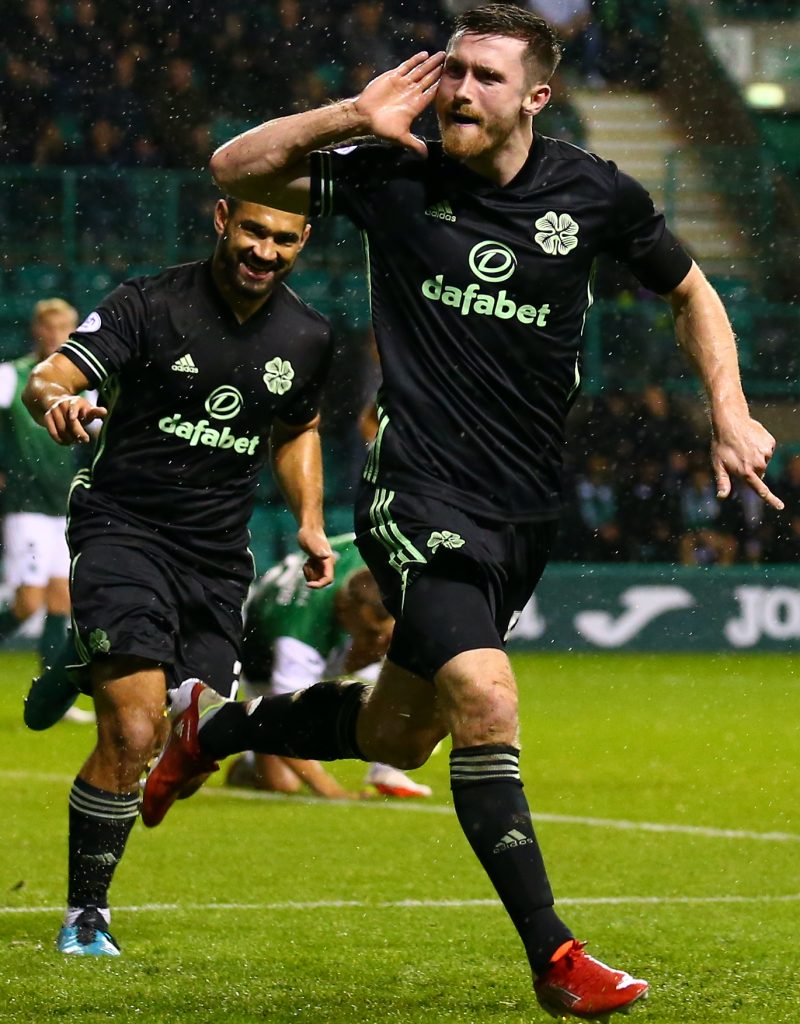 GOAL-DEN BHOY…Anthony Ralston races away in delight after opening the scoring in the 3-1 win over Hibs at Easter Road. Cameron Carter-Vickers is about to join the celebrations.

“When you’re not involved for the period that I was last season, it was important that I kept myself right and worked hard away from the pitch.

“When the opportunity came round, I was ready to take it because I put the work in.

Ralston, who was introduced to the first team by Brendan Rodgers as a substitute in a game against St Johnstone in 2016, added: “It’s every fan’s dream to be in the position that I’m in today and I’m very grateful for it.

“And it’s important to believe you can one day come through the ranks and play for Celtic.

“The prime examples have been Callum McGregor and James Forrest for what can be achieved through hard work and dedicating yourself and one day it could be you.”

Ralston is likely to be in his usual position when the Hoops take on Ferencvaros in the Europa League Group G match in Budapest on Thursday evening.