CELTIC are reported to be showing an interest in £2.5million-rated Greek striker Georgios Giakoumakis, the top league scorer in the Netherlands last season with 26 goals.

The Hoops have allegedly made initial contact with his side VVV-Venlo who were relegated from the Eredivisie, despite the 26-year-old frontman’s fabulous strike rate for a struggling club.

The Dutch outfit will reluctantly sell their hottest property who netted 29 goals in 33 games across all competitions following his arrival from AEK Athens last summer, according to Sky Sports News. 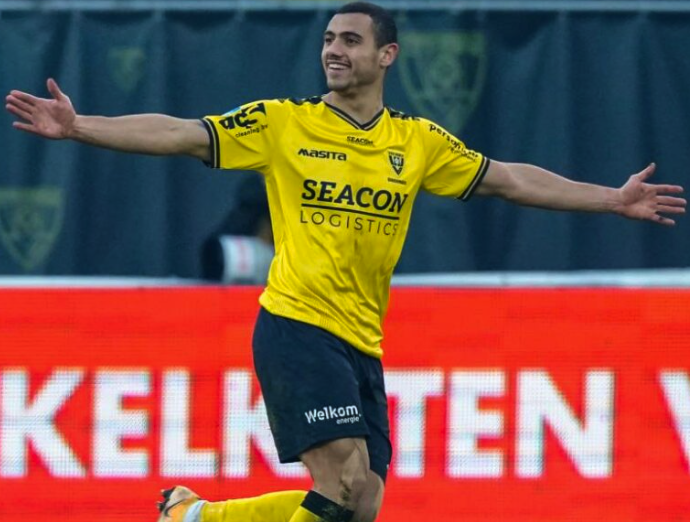 CELEBRATIONS…Georgios Giakoumakis shows his delight after scoring yet another goal.

Giakoumakis is a former team-mate of keeper Vasilis Barkas who quit the Greek giants at the same time in a £4.5million switch to Parkhead.

The powerhouse hitman has also scored one goal in six caps for Greece since making his debut for the national side in November 2020.

It appears Ange Postecoglou is aiming for a foil for Kyogo Furuhashi while he has also targeted another 6ft-plus attack-leader in Thomas Henry of Belgian club OH Leuven. That move has stalled and the Frenchman looks to be heading for Gent.

The Greek-Australian gaffer is, of course, waiting to see what develops with Odsonne Edouard with the clock ticking down on the transfer deadline with only 13 days until it shuts until January.