Celtic Quick News on News Now
You are at:Home»Football Matters»CELTIC GET DOUBLE EURO BOOST
By CQN Magazine on 1st August 2017 Football Matters
CELTIC have been given a massive double boost with the news Leigh Griffiths and Erik Sviatchenko could face Rosenborg tomorrow night.
The pair missed last week’s goalless draw in the first leg of the Champions League third round qualifier.
However, assistant boss Chris Davies insisted the striker and the defender would be available for the tie in Trondheim.
As the club prepared to fly out from Glasgow Airport, Brendan Rosgers’ No.2 said: “Leigh will be travelling with us.
“He has been working hard to get back to being available for selection, as has Erik Sviatchenko, who is coming with us, as well. 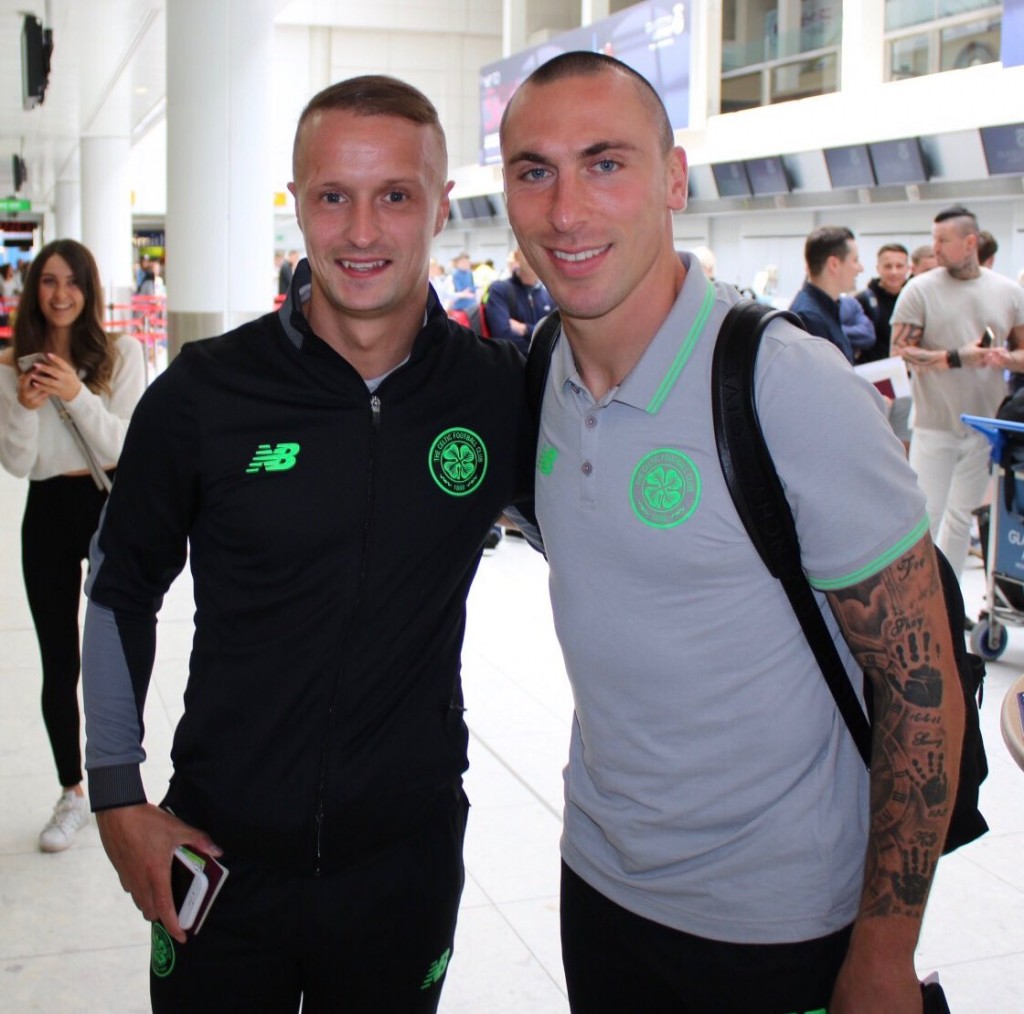 “Like Griff, he has had his rehab process and he will be travelling with us to Norway which is a boost.

“We had our last training session this morning and Erik and Griff took part in that.

“I don’t want to give too much away in terms of whether Leigh’s going to start or not, but he’s available, he’s an important player to us and that’s really good for us going into the game.”
Davies added: “We have got options. Obviously, James Forrest played up there against Sunderland and did well and the team performance was good.
“We have the game-plan we want and we will roll it out tomorrow night.

“At Celtic Park, we dominated – we created a lot of half-chances, but we had control of the match. I think it will be a different game.

“If you look over the history over the competition, the first legs are always tighter in the qualifying process.

“It was very important we didn’t concede an away goal. That sets it up nicely for us.

“We just have to be calm, controlled and play our normal game, make sure we have that aggression with and without the ball and we will be fine.”