The tricky winger – who will remain on loan for the entire season from Manchester City – insisted on making the Hoops’ qualifiers into the money-spinning group stages a priority over being part of England’s Under-19 European finals squad in Germany. 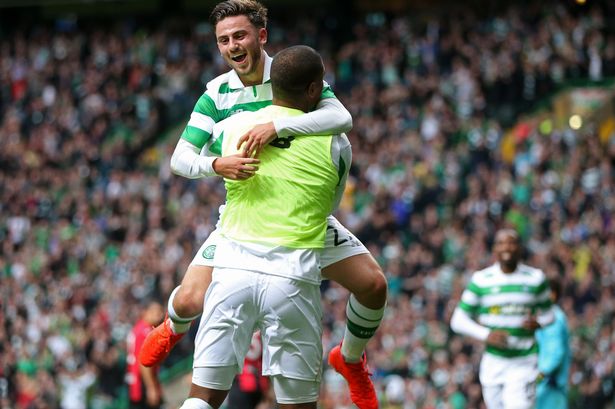 He said: “It was always my dream to play in the Champions League. I enjoyed that very much. Obviously, it was disappointing last week, but we put that behind us and produced a good performance.

“We’re only a couple of weeks into the new season, so there’s plenty of time for us to improve. However, the important thing is to stay together and qualify for the main tournament. We can kick on from there.”

And Roberts has insisted that he has been impressed by the way new boss Brendan Rodgers has come about his business since coming into the club.

The 19-year-old touchline flyer said: “He has a lot of players to choose from, but I’m always ready and waiting and always at him to play. All I can do is all I can do.

“It can motivate you when you know you’re starting, but I’ve loved playing out there ever since I came here and I’ll do my best whenever I get that chance.

“That’s just what I’m like. I love playing football and when I get out there I try to do what I do best – whenever I’m on the ball I’ll try to do something special while also keeping it simple and doing my bit for the team.”